Long Exposure Photography Without a Tripod Long Exposure Photography Without a Tripod

Recently, I took a trip to Wichita, Kansas to see my sister get married. I packed up my camera, a few flashes, and my tripod for this trip with hopes of doing some photoshoots while in town. My two kids came out with me for this journey, and we ventured around the city.

One of those days, we stopped at the Keeper of the Plains and walked around the river. We found out that there’s a “Ring of Fire” display that goes on every night, weather permitting. We arrived early and walked along the river as the kids played Pokémon Go; there were quite a bit of PokéStops for those that are curious. After some time had passed, we headed back to the bridge to watch the fire show. The time was 9 pm; it was pretty dark out.  The kids wanted to continue walking around a bit longer to catch more Pokémon before heading back to the hotel. 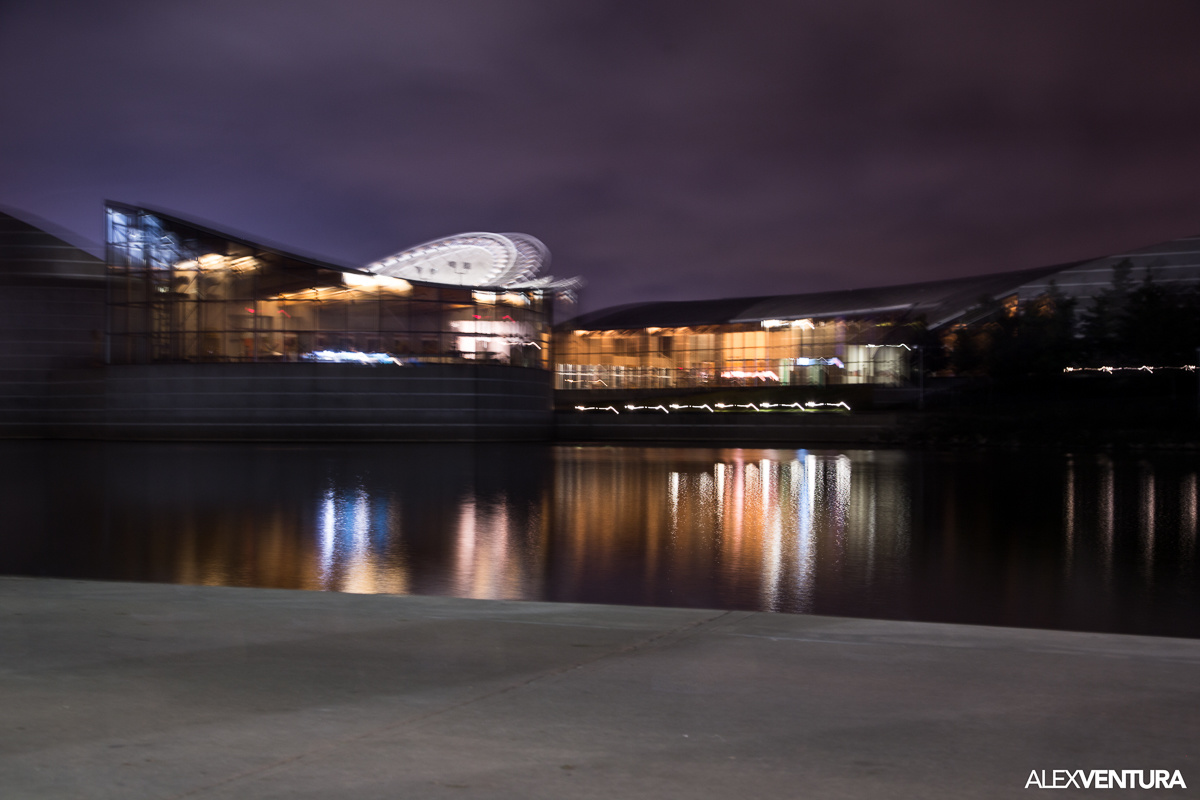 Here’s a shot taken that wasn’t so steady vs. one I was able to be still for for the entire duration. This is why tripods come in handy.

At this point, I figured I would take my camera out and take some photos. I don’t take landscape photos, so I am not sure what came over me, but I wanted to try to take a few. I probably should have taken some during the day as well. The problem was the tripod was in the back of the car; I knew it would be some trouble to walk to the car and back. The tripod wasn’t a small travel-friendly one either, which is why it stayed in the car. I didn’t want to be carrying the camera bag and tripod while trying to watch my kids and maneuver around other people walking around there. I looked around to see where I could position my camera as steadily as possible to capture some long-exposure shots of the scenery here. I ended up placing my camera on some rocks for a photo and some pillars I found nearby.

My daughter took some snaps with my phone of me balancing the camera as I tried to stay as still as possible. Some of the spots I found I didn’t have to hold the camera at all. A few I stuck my daughter’s stuffed animal under the lens to raise it a bit. Some of the shots were a bit harder; I wanted to aim the camera farther up than where it was without pulling the camera strap. I held the strap down and held my position for the duration, which was for 30 seconds. 30 seconds doesn’t sound long, but when you are trying to stay as still as possible, it ends up seeming a lot longer than it should. I shot a few photos around the river with my camera set at f/13, ISO 100, and with the 30 second exposure. I also use the 2-second delay timer setting on my canon so I can press the shutter and then position myself. I wanted to see if I could get my photos as clear as possible, and with long exposure, I could allow more light to come into the camera. I could have boosted the ISO all the way up, wider aperture, and shot at a faster shutter speed, but that wasn’t what I wanted to do and I would have came home with some grainy photos if any came out well.

I don’t usually take landscape photos, but after this, I might try to take some more, especially during future travels. Hopefully next time, I will have my tripod in hand. If you are ever in a pinch like I was, look around and see what you can find to place your camera on or help you balance it for a smoother long-exposure shot. After this trip, I figured I need to search for a good travel-size tripod so next time I will have it with me. Have you ever been in this situation before? What did you end up using? What travel tripods do you use?