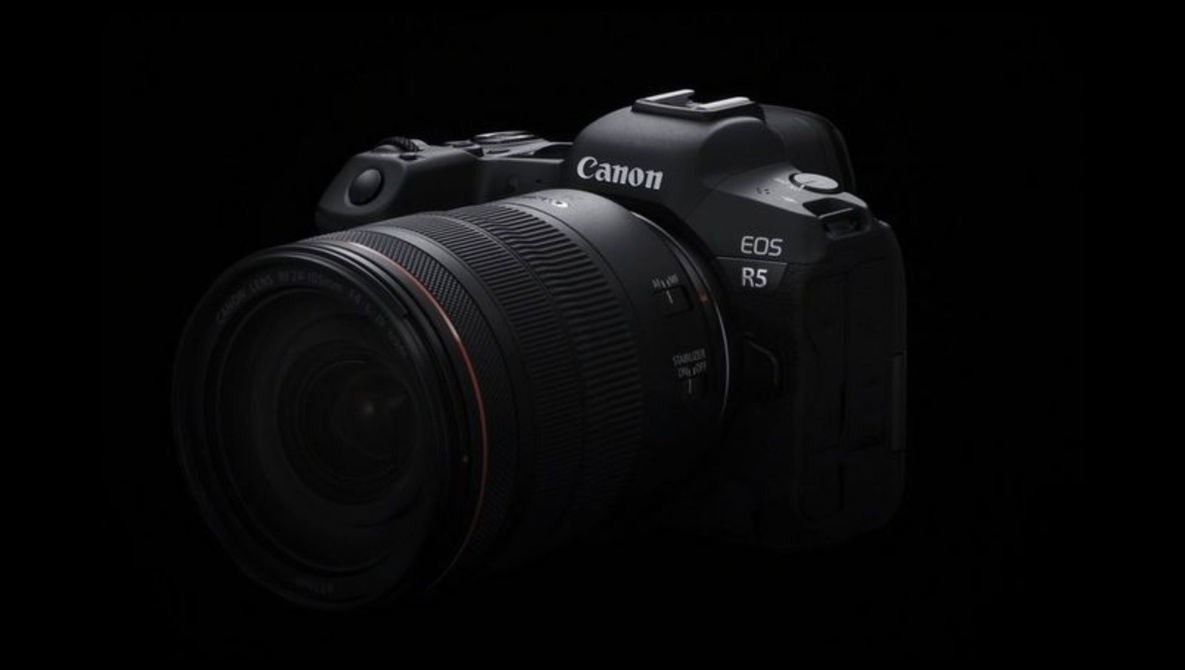 The new flagship Canon mirrorless camera, the EOS R5, is here with 45MP stills and 8K movie recording. Is this the perfect camera for hybrid shooters that need high-quality photos and videos in one device?
The EOS R5 has so many groundbreaking features all packed into one tidy little 680 g package that it’s hard to know where to start. The Dual Pixel AF has a deep learning mode that can track people and animal heads, its 45MP images are full of detail, and the 8K 60 fps raw movie recording blends the line between mirrorless and cinema cameras. Pair all that with the ability to shoot down to EV -6, the fastest autofocus of any camera in the world, and your choice of 5,940 selectable AF areas, and it’s set to shake up the industry big time. Let’s dive in and take a look at why this is probably the most anticipated camera of the year.

The high-resolution 45MP stills means incredible quality when combined with sharp RF lenses. The R5’s new DIGIC X processor means better noise handling over the EOS R, despite the 50% increase in resolution, and the ability to shoot at 12 fps mechanical, or 20 fps electronic.

The R5 has 5-axis, and 5-stop in-body image stabilization (IBIS), which holds every photo and video rock solid when shooting handheld. If you want more though, pair it with an RF lens to get up to 8 stops maximum image stabilization.

The EOS R5’s viewfinder is the closest to an optical viewfinder in a Canon Mirrorless camera yet. Image credit: Canon

The EVF has a 100% width and height coverage, meaning you can place your autofocus point at any spot in the viewfinder thanks to the 5,940 selectable AF areas available. At 5.76 million dots and running at 120 fps, it looks more like an optical viewfinder than any other EVF found in a Canon.

The EOS R5’s video quality is incredible thanks to the 12 bit depth, and 8K uncropped raw footage capture. Image credit: Canon via TechRadar

The R5 can shoot at up to 8K 12-bit raw, and that’s 8K DCI, not UHD, which means extra pixels along the horizontal axis. It even outperforms the R6’s 4K, because it can oversample thanks to the increased resolution on the image sensor.

Instead of just importing a compressed video file and making color and tone adjustments from there, use the Canon Log system to match up color profiles with footage shot on other Canon cine cameras to keep things visually consistent.

Edit Portraits Without a Computer

Using the on-board Portrait Lighting feature, users can edit Dual Pixel raw files right inside the R5, adding a secondary virtual light source to portraits. Users are able to adjust the brightness, intensity, and position of the lighting to fill in shadows.

Although the body comes with an already fast SD UHS-II memory card slot, it also has a CFexpress slot, which can reach speeds of up to 1400 MB/s. That’s over 4.5x the speed of an SD UHS-II slot (which is the only slot in the R6).

There’s plenty more to be excited about the Canon EOS R5, but this top seven list is definitely a good starting point for that wondering whether to get stuck into the Canon mirrorless system.

5 Beautiful Effects You Can Add to Your Image with Gradients