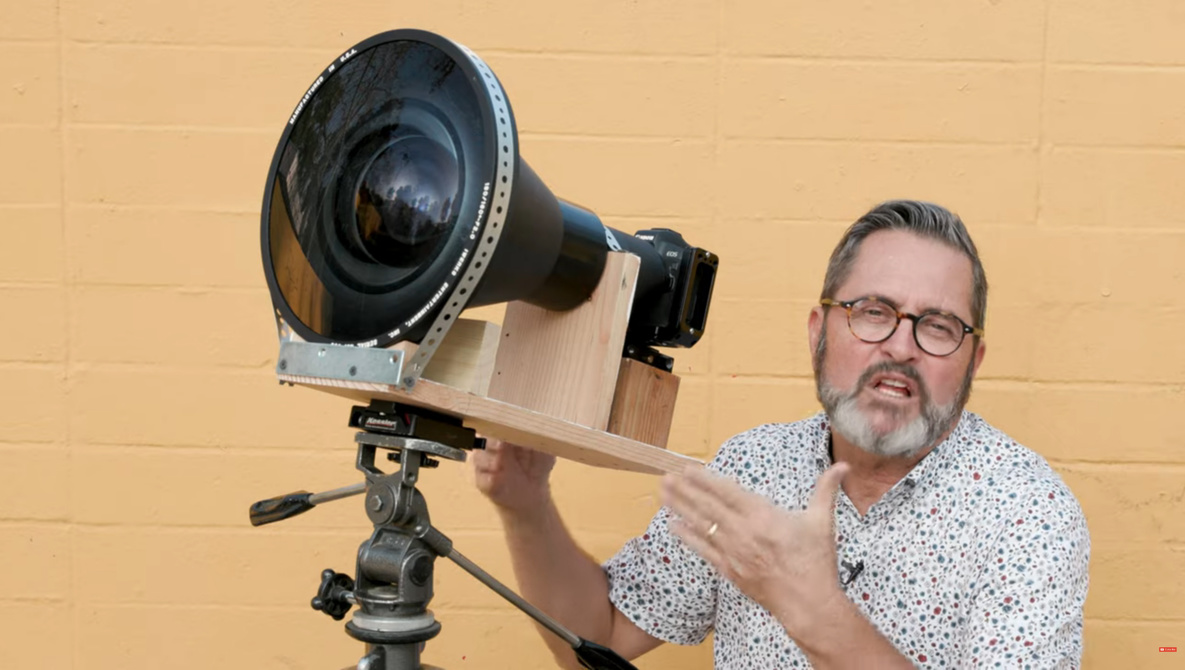 Adapting This Huge Lens To a Canon Mirrorless for Street Portraiture

Not long after I took up photography, I started buying vintage lenses and adapting them to my digital bodies. Part of the reason for this is that I wanted to try lots of new equipment in something that was fast becoming my passion and it was the cheapest route, but there was more to it than that. To this day, I have a long-standing obsession with strange lenses and cameras; anything that creates unique or bizarre results — even if they aren’t overly useful — has my attention.

This doesn’t always require adapting lenses either. I have been obsessed with the Venus Optics Laowa 24mm f/14 Probe lens since its release simply because it produces images and video in a perspective I had never seen before. This is more common when you adapt lenses to bodies that weren’t intended to ever pair up, which is a little like what Jay P. Morgan does in this video.

The lens Morgan uses is a little tricky to find any further details about. Though he says it is an IMAX lens, it actually appears to be designed for uses like 3D movies and projections. They appear to create 180° field of view lenses with a maximum aperture of an impressive f/2. The combination of these two elements makes for only a sliver of focus wide open. Unfortunately, I can’t find this exact lens for sale anywhere, so you might want to try digging yourself!

Photographing a Stranger Is Easy: Here’s How

Street Photography While Cities are Nearly Empty Due to the Coronavirus