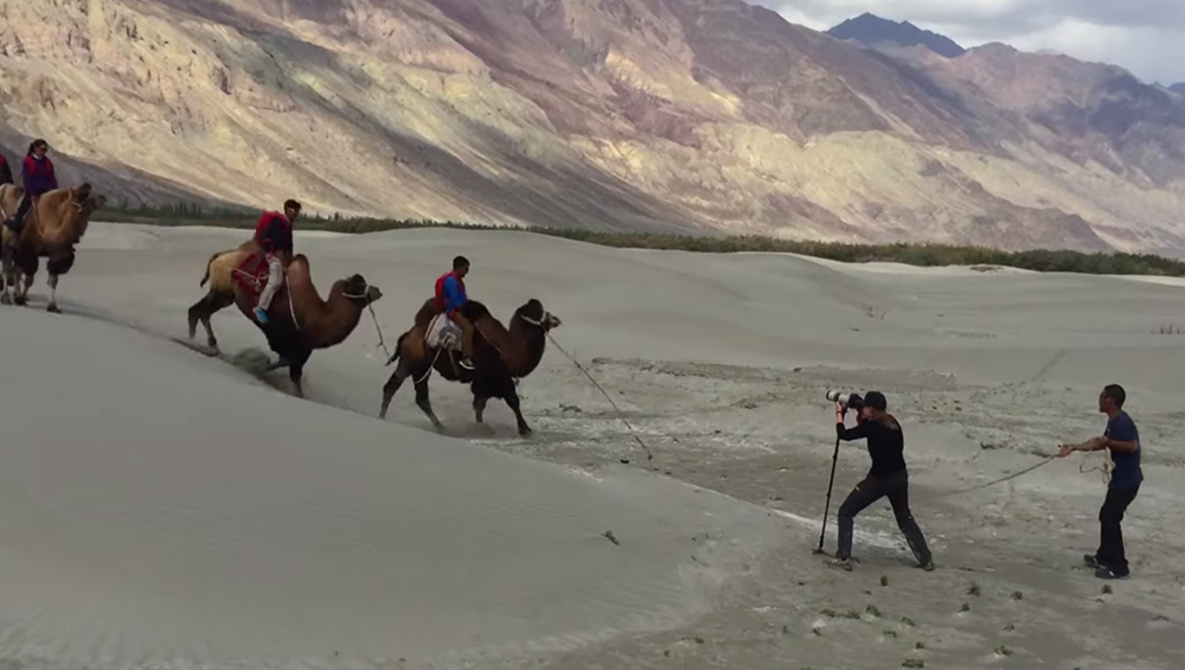 I’ve wanted to be a content creator for documentaries, a la National Geographic and the Discovery Channel, since I was little. But then again, who hasn’t? I taught myself photography throughout college while studying biology and anthropology in hopes of, someday, finding myself in the situation to put all of that together as some sort of adventure photographer. I’ve been lucky enough to do a little of that type of work already, but nothing compared to these guys. In this series from The Crew, you can go behind the scenes with a crew that travels to some of the riskiest and most beautiful parts of the world just to create beautiful footage for you to enjoy.

“This is the best job ever,” said co-host Erik Nachtrieb, “if you don’t mind freezing to death, falling on rocks, getting cut, dehydrating, getting parasites.”

After watching some videos from this series, I bet you’ll end up with one of two reactions: your thirst for adventure and a yearning to get out and do what these guys do will either be eliminated completely or it will be reignited vigorously. I guess it depends on how much of a risk-taker you are, how much you love traveling to remote places, and how much you like the idea of pulling a parasite out of your neck.

Either way, it will make you value that beautiful footage you see on things like BBC documentaries or from National Geographic. And value is precisely what it should have.

Video of The Real Life Of Adventure Film Making : The Series Trailer

#PictureBelfast: Can You Tell the Difference between a Filter and a Vintage Camera?

Get Out There and Shoot