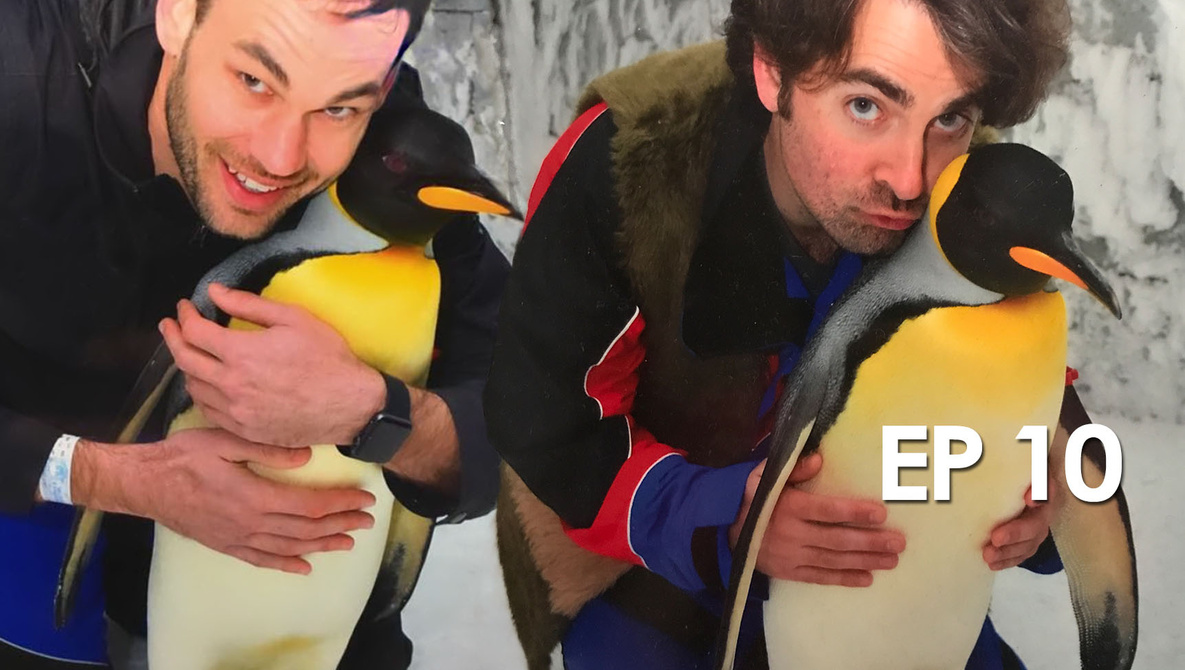 We are now up to episode 10 in our behind-the-scenes adventures with Elia Locardi. After photographing some of the most beautiful locations in Italy, it was time to travel from Europe to the Middle East. For the next part of “Photographing the World,” we wanted to capture images of one of the most modern cities in the world: Dubai. As you will see in this episode, Dubai has some of the most ridiculous yet awesome activities out in the desert.

Dubai is one of the most interesting cities I have ever been able to experience. My first time in Dubai was in 2013 when Fstoppers attended one of the biggest photo conventions in the world, Gulf Photo Plus. We made a pretty inspiring video last time we visited but because of the busy schedule, we actually didn’t get to experience a lot of what Dubai had to offer. This time around, Lee and I decided we wouldn’t leave any stone unturned. Who knows, maybe we even would be able to convince Elia Locardi to finally go sky diving at Sky Dive Dubai.

The first place I would recommend anyone visiting when they arrive in Dubai is the Dubai Mall. Yes, it is a huge shopping mall, and yes it is super touristy, but it’s one of the most spectacular buildings I have ever witnessed. The Dubai Mall is the largest mall in the world by total area and has close to 100 million visitors every year. It has all kinds of crazy things like one of the largest plexiglass fish tanks in the world, more food courts than I can count, an ice skating ring, multiple movie theaters, over 120 restaurants, and a water fountain show that makes the Las Vegas Bellagio look like a sprinkler system. The entire mall is also built around the base of the Burj Kalifa, the tallest building in the world so it has that going for it as well.

The next stop was another shopping mall called the Mall of the Emirates. I might actually like the vibe of this mall better than the Mall of Dubai but it is still completely over the top compared to normal shopping malls you’ve probably been to. The biggest attraction at the Mall of the Emirates is by far the indoor ski slope. Yes, in one of the hottest parts of the world, they have actually built an 85 meter indoor snow ski mountain. Not only can you ski in this mall but you can also bobsled, zipline, and roll down a hill inside your own blowup balloon. What seemed to be a pretty novice idea at first actually turned into a very enjoyable experience. At the end of our ski excursion we were then able to have an interesting penguin experience. Nothing says “save the penguins” quite like rehabilitating them in one of the hottest parts of the world. But hey, that’s Dubai in a nutshell.

After taking a break from filming the tutorial, Elia told us this portion of the trip would be focusing on capturing cityscape photos from high vantage points. We would also be exploring more complex panoramic imagery as well. The first location was a penthouse suite near the top of the Index Tower in downtown Dubai. This property was being sold when we visited and was listed for a cool $12 million dollars. With such an high price tag and some of the best balcony views in all of Dubai, we knew we had to do it justice. In a desert city that is not known for vibrant sunsets, we got extremely lucky with not only pretty clouds during sunset, but the haze and smog that so often obstructs the horizon was also not very extreme. Here is the first of many skyline photos we were able to capture for the tutorial 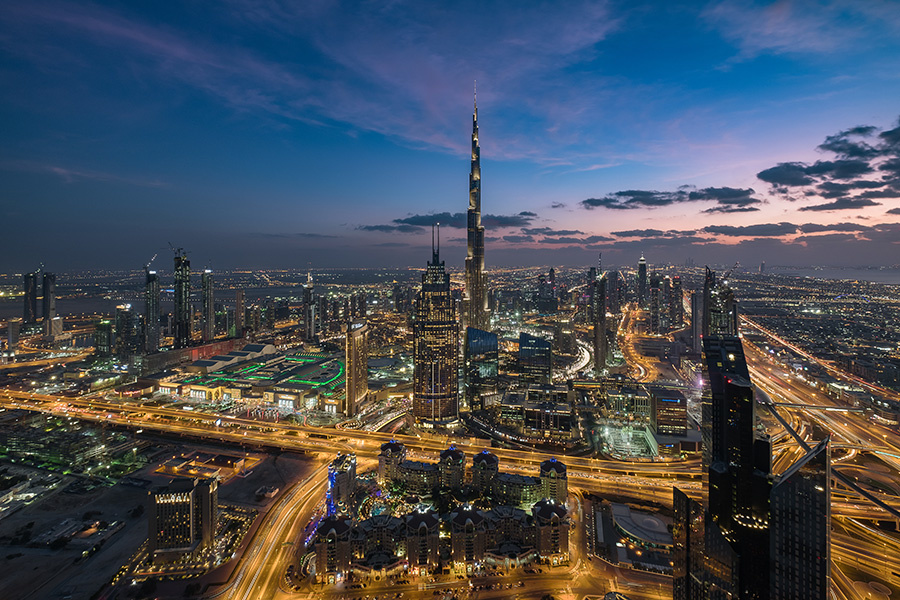 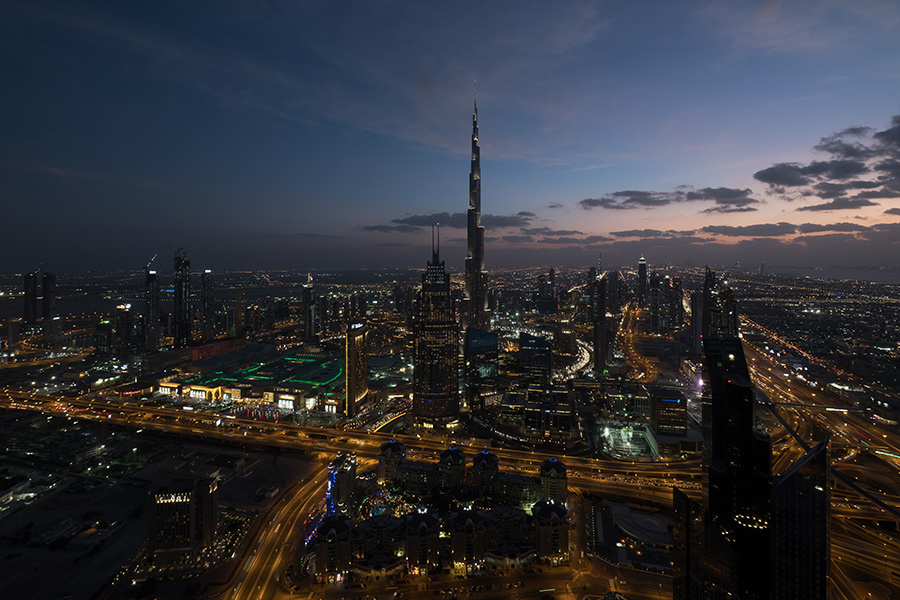 The interesting thing about a city like Dubai is that not only are there so many interesting locations to shoot from to capture the city but because of the massive amount of growth the city is experiencing, your photos will look very different year by year. Some of the world’s largest buildings are being constructed on such a fast pace that one view you might have had one year can be completely obstructed a few years later. This gives you a chance to find unique and interesting spots to place your tripod in order to capture and image no one else has ever taken before.

Looking for Meaningful Landscape Photography in the Arctic