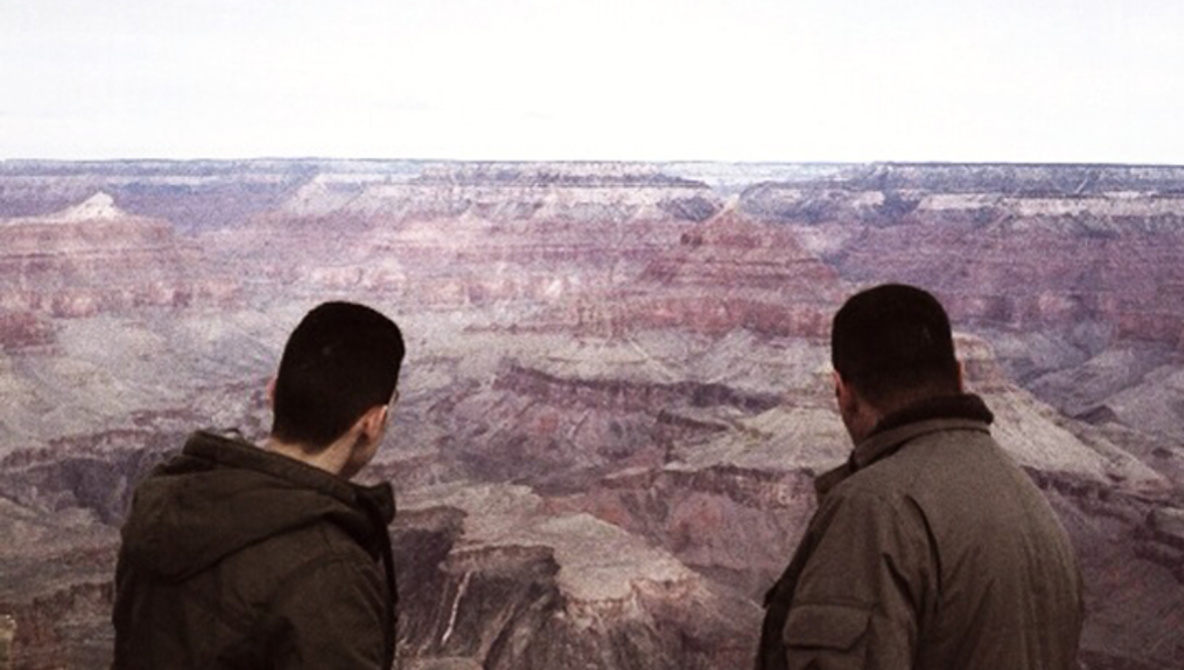 Publications allowing individual photographers access to their Instagram accounts is an increasingly common practice, and helps to foster a more intimate look at a photographer’s process. For example, Time Magazine allowed several photographers access to its Instagram account after Hurricane Sandy, enabling the magazine to update its almost 600k followers in real time. In early February, during a temporary takeover of the New Yorker’s Instagram feed, photojournalist Andrea Bruce documented the cross-country relocation of an Iraqi family. Bruce traveled with her former fixer and driver Omar and his son Mustafa from their apartment in Washington, DC to their new home in Portland, OR, where they would meet the rest of their family. Although Bruce often contributes photographs to the New Yorker, she states that the choice to tell the story of the family’s journey by posting photos on Instagram was a creative choice; “this is a personal project that I felt like sharing in a more intimate and informal way.”

A bit about Andrea: Andrea Bruce documents the lives of those living in the aftermath of conflict. Spending eight years as a staff photographer for The Washington Post, Bruce documented “the intricacies and obstacles of the conflict experienced by Iraqis and the US military.”

I reached out to Andrea Bruce about her relationship with the family, and their experience in the United States. Bruce says she first met Omar in Iraq in 2003; “I was a staff photographer for the Washington Post and frequently based in Iraq over a 7 year period. Omar was hired as a driver for them in 2003…and I quickly started working with him. We became a consistent team and I’ve stayed in touch with him ever since. He has literally saved my life.” Omar and his family immigrated to the United States in late 2013, with the help of organizations like the Iraqi Refugee Assistance Project, which helped finalize the family’s move. The Aftermath Project also provided a grant, applied for by Bruce on the family’s behalf, which aided Omar in his initial move to the States, as well as the later move to Portland.

The family faced many difficulties immediately after their move to the United States. Namely, the school system; “I think, foremost, it was the quality of schools in the area that prompted them to leave DC. The move to the states was for his children, [Omar] often says. So why would he send them to a poor school system in the states if there are other options…?”  Omar’s job prospects also put pressure on the family to move; “He was also having a hard time finding a job, even as a taxi driver. Omar is an intelligent, well-educated man and he understands he will have to lower his job standards…but was having a hard time finding anything in the DC area.” According to Bruce, their living situation-the family’s apartment complex had a bedbug infestation-was the “final straw”. Omar’s friends in Portland and the city’s lower cost of living helped push the family to move there.

I asked Bruce about Omar and Mustafa’s perception of the United States, especially after having driven over 2800 miles across the country. Bruce says, “They were both amazed at the emptiness and size of our country. Even I was at times.  We would drive for hours without seeing a real town.  We went from the city, to the Appalachian Mountains, through the south, to desert, then pine trees and mountains…Mustafa once said, ‘I still haven’t seen America.’ Omar agreed…they meant that in the movies you basically only see New York or LA representing the US. But in reality it is mostly small towns and countryside…”

Bruce’s photographs and brief but intimate captions tied viewers closely to the journey. The project captures moments in the family’s move that are deeply familiar to many of us: the nervousness of leaving home in search for better opportunities; a father teaching his son how to check the oil; phone calls to friends and family in search of updates. A flood of support from the New Yorker’s Instagram audience followed Andrea, Omar and Mustafa as commenters wished the family luck, updated them on road conditions and welcomed them to the northwest. The project was featured in a piece for the New Yorker by Thea Traff titled “Westward Bound” which features the full collection of Bruce’s images of the journey.

Bruce has been named Photographer of the Year four times by the White House News Photographers Association, and was the recipient of the first Chris Hondros Fund Award in 2012 for the “commitment, willingness and sacrifice shown in her work.”

The Perfect Travel Setup for Street and Portrait Photogaphy