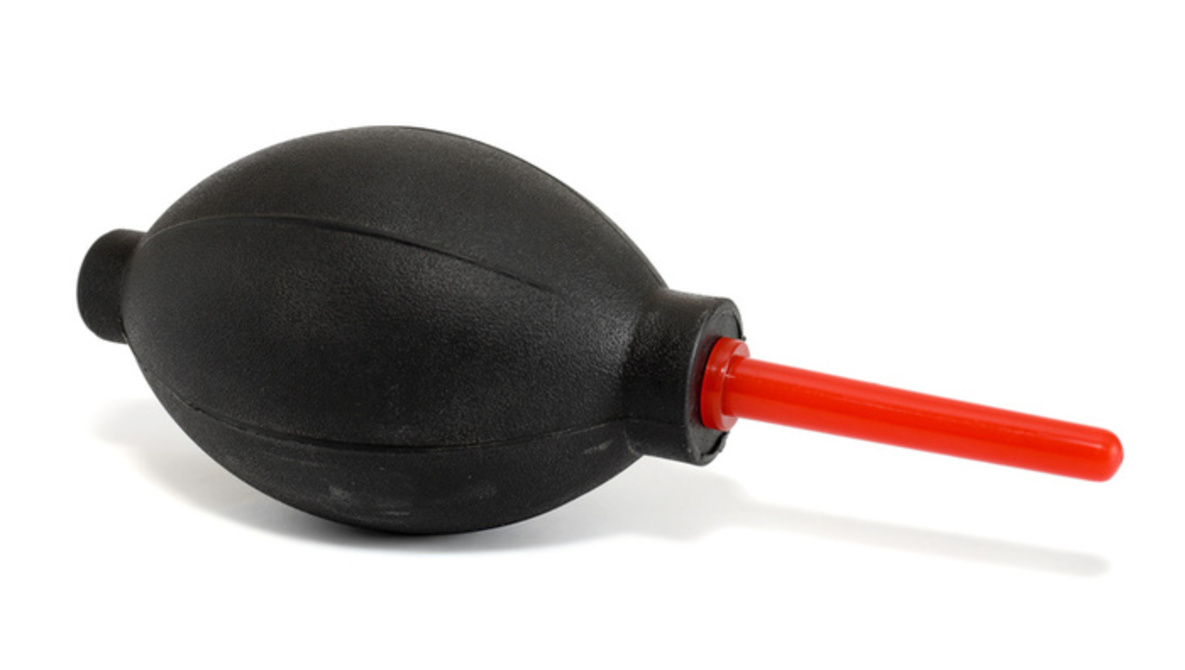 This is not the first time we’ve covered a story like this, the last one was “because it could fly like a missle” but another photographer experienced some troubles in airport security due to his camera dust blower. Photographer Noel Patterson had such a problem on his trip to Reykjavik via Icelandair. When his bag was scanned at Manchester Airport, his dust blower was deemed to be an issue.

The guard went to the supervisor to check and then said that any object that could be held up and look like a grenade was prohibited – even though everyone obviously knew it wasn’t.

While I have had a couple of grumpy TSA agents getting my high ISO film hand checked, no one has even mentioned my rocket blower as a possible infraction. He inevitably went back  through security to mail it to himself to avoid confiscation. A little bizarre you can mail a suspected item… I’m not sure I’d have been willing to endure the checkpoint again rather than purchase another dust blower.

The airline spokesman told Amateur Photographer that the staff on duty for this interaction were not available for comment that day. The spokesman also added;

We recommend passengers do not carry items through security that look like, or could resemble, weapons.

Whether these be lighters shaped like guns or even pieces of kit or electrical items that could potentially look threatening, they will more than likely be confiscated in line with current regulations.

After looking through Manchester Airport’s banned item list, I was unable to locate a dust blower. If you have any crazy airport stories, tell us below. Since this is the second widely disseminated story in the last year (who knows how many more there have been that have not been reported) involving a dust blower, it’s probably safe to say you shouldn’t travel with it internationally if you want to avoid trouble.