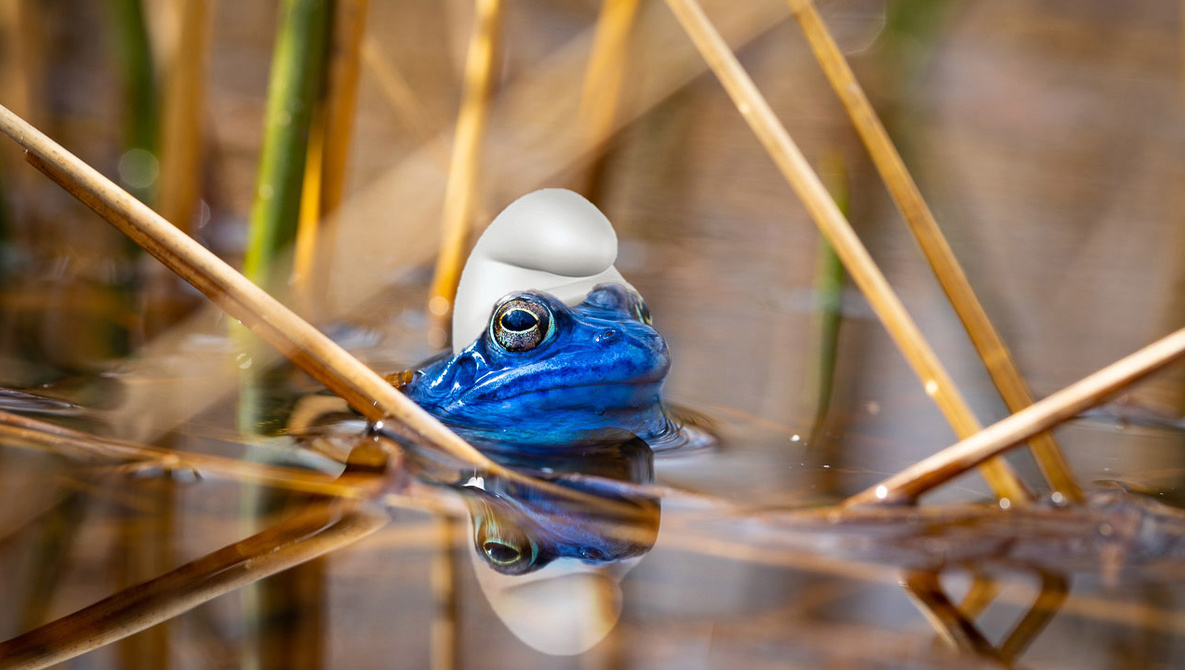 Are Your Photos Real or Not? If They Are Real, How Do You Prove It?

Recently, I got into a discussion with a guy on social media about one of my photos. He claimed it was fake. I had manipulated the image by adding birds, he said. The incident got me thinking about how easy it is nowadays to change an image completely. How do you prove your image shows the reality?

When I was photographing with the Olympus OM-D E-M1 II, I got a chance to capture some sheep on a dike together with a flock of geese in the air. It was just a matter of time before some of the massive amount of geese in the area would fly over the dike, because they were flying everywhere. I posted the image on social media, when one guy responded in a very negative way. He said the image was completely fake.

One guy accused me of manipulating this image. He said it was fake and wanted to see the raw file. When I refused, he told me in public it was proof against me. What do you think? Is it reality or fake?

Right then, I should have ignored the guy, but I didn’t. We got into a discussion, and he insisted I should send him the raw file to prove me right. I refused, of course. But I took the effort to send him a screenshot of the image in Lightroom. He kept on telling it was fake, and the discussion became very nasty. I ended it when he started swearing and even accusing me of manipulating all my other images also.

Are Your Photos Real or Manipulated?

The whole incident got me thinking. With modern software like Luminar and its Augmented Sky option, it has become very easy to add all sorts of elements into the image. Of course, this is not the fault of Luminar. Photo manipulation had been possible since the dark ages. Nevertheless, with Al, it has become available for everyone without the need for very complicated workflows. You can make an image very appealing by adding interesting elements with just a simple click of a mouse button. In Luminar, you can add an aurora, lightning, the Moon, planets, and even a giraffe. And birds, of course.

A flock of birds at sunrise. Or is it? In reality, it is a long exposure at sunrise, and I added the birds through the augmented sky option in Luminar 4. Did you think it was real the moment you saw the image?

Most of the things you can add to the sky in Luminar are clearly fake. They blend in nicely, but you can see they aren’t real. When you add birds into the sky, it’s completely different. The image may become more interesting in a very convincing way. From this point of view, I can understand how someone like that guy might think it is not real.

There Is a Difference Between Photo Manipulation and Post-Processing

I believe there is nothing wrong with manipulating images. It can be called art if it is done in an original way. Photo manipulation is completely different compared to post-processing. The latter is optimizing your image without changing reality. On some occasions, colors may be exaggerated, and perhaps some elements in the image can be removed digitally, but it is reality, for the most part. It becomes manipulating when elements are added to the image and when the image is changed completely.

I played around in Photoshop long before the age of Luminar and merged different images together. It was absolutely not art and amateurish at best. But it was fun to do, and I learned how to use the different tools in Photoshop. I have always been honest when presenting my Photoshop manipulations, and I never claimed these images were real.

I manipulated this image many years ago in Photoshop. There are three different images merged together: the foreground, the birds, and the sun and clouds. I never claimed it was real.

Software like Luminar is just the beginning. It uses clever algorithms to merge all sorts of elements into an existing image without difficulties. We have seen Luminar skies all over the internet already. We can recognize these skies. It becomes much more difficult when custom skies are being used. Also, bird silhouettes are easy to add to an image. More software with similar possibilities will follow soon.

How can you tell the difference between a real image and a fake one? If you look at the photos below, can you tell which are real and not?

Reality or manipulation? This one is a merger between two images: one of the path between the heather and one of the trees and bench in the mist. Shot in the same location, two minutes after each other, but two images, nevertheless.

Reality or manipulation? I took this telephoto photo from a hill in the French Auvergne region right after sunrise. The balloon drifted in the distance behind the castle. It is reality.

Reality or manipulation? An amazing morning twilight with a flock of geese flying over. It is reality; nothing is manipulated.

Reality or manipulation? Did I add these paragliders into the image, or are they reality? Can you tell? Well, they are real. They were the reason why I took this image.

Reality or manipulation? It is an image from the archives. I took this photo back in 2012 with a long lens. The gulls flew through the frame, and I took a series of images. It is amazing how the gulls and sun fit together. Nothing is manipulated.

Reality or manipulation? If you have Luminar, you might recognize the mountains. Yes, it is manipulated. There are no mountains in the Netherlands. The Dutch Mountains don’t exist.

Reality or manipulation? I photographed this fortress during a summer holiday in broad daylight. I transformed it into night scenery and added a Milky Way photo I made somewhere else. As a matter of fact, the image is facing North, away from the central part of the Milky Way. It is fake.

Reality or manipulation? It could be real, but it isn’t. I merged a daylight photo of this beach at Lofoten and added an aurora image I took that same photo trip.

Reality or manipulation? I was playing around with the photo of this small fishing pond. I did a horizontal flip to mirror the shore and added a Milky Way in the twilight sky. It cannot be real at all, but it was fun to do.

How to Deal With People Who Call Our Work Fake

Let’s go back to the guy to claimed my image were fake. I failed to convince him of the opposite, and he became very angry, partly because I refused to send him the raw file. I don’t feel I have to prove myself, but I also find it very frustrating how some people can react. To what lengths should we go in order to prove our images are real? Must we ignore those people and let them accuse us and slander us? Or should we try to convince them and even send them raw files?

For this fun image, I enlarged the comet NEOWISE to be more visible. But believe me, the dinosaurs are real… images from the internet. I don’t have to prove it is reality or manipulated. It is obvious.

Again, this is not a rant about Luminar or similar software that allows us to change an image with the click of a mouse button. I think it is fine to add all sorts of interesting things to an image as long as you are honest about it. This is how we should deal with those who accuse us of having fake images. Feel free to let me know in the comments how you feel about this and to what lengths we have to go to prove our images are real.

How to Get the Most of Your Lighting Shaping Tools