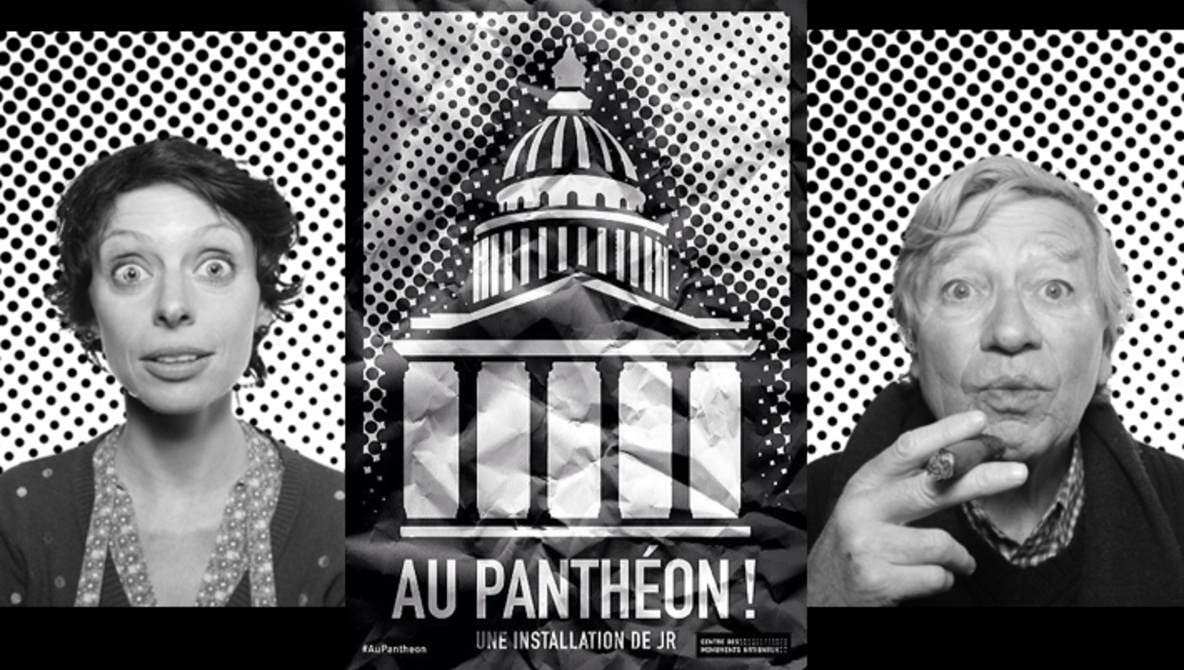 JR, the largely anonymous artist/activist and winner of the 2011 TED Prize, was commissioned to adorn the construction site for the Panthéon in Paris while the monument undergoes extensive renovation. Inspired by JR’s INSIDE OUT project, the long-term group effort, entitled “Au Panthéon” focuses on the representation of cultural diversity through large-format portraits.

The project involved the collection of spontaneous portraits at nine historical sites in France. The portraits would later adorn the construction site around the Panthéon as it undergoes extensive 10-year renovations. As the project states, “The Centre des Monuments Nationaux has chosen to commission contemporary artist JR to create a participatory work inspired by his INSIDE OUT project, encapsulating the humanistic and universal values embodied by the Panthéon.” JR and his team traveled around France in a photo booth truck during the month of March, collecting portraits of anyone who wished to participate. 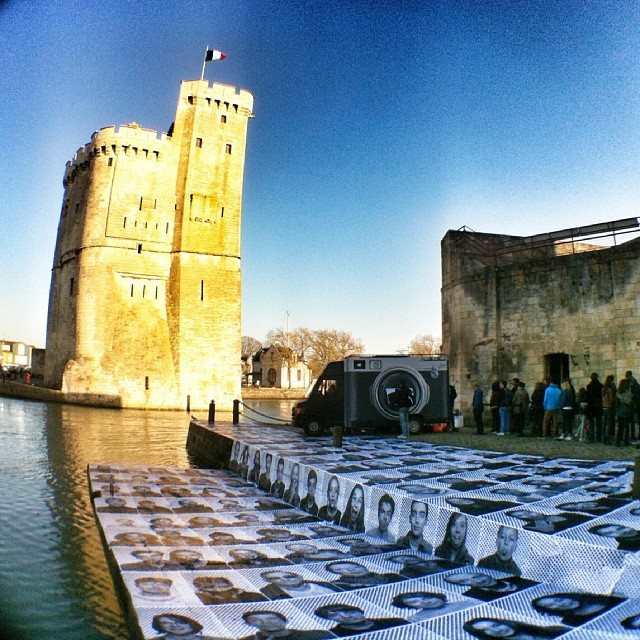 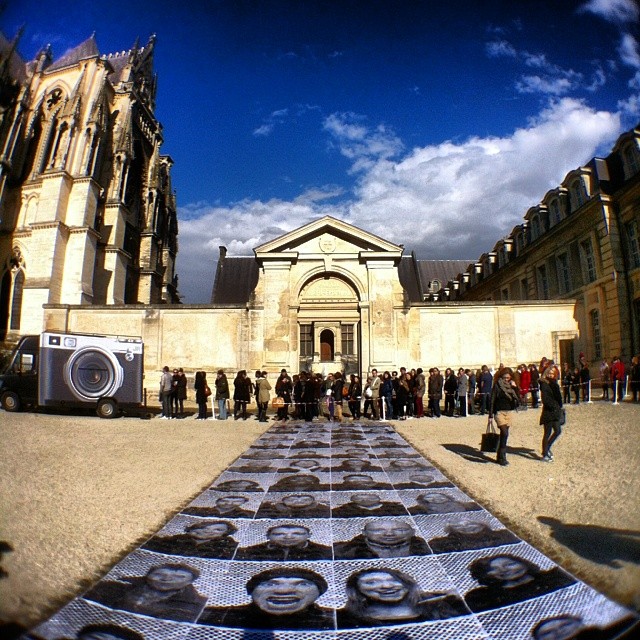 Information about all of the dates and sites visited can be found here.

Collecting over 2,500 portraits in person and another 1,300 from digital submissions through the project’s website, “Au Panthéon” aims to represent “the diversity of the contemporary world” with portraits being used “to create a mosaic that will be visible around the drum beneath the dome, and on certain places within the monument.” The goal is to use all of the portraits in the final work. The finished project will be presented on April 22. 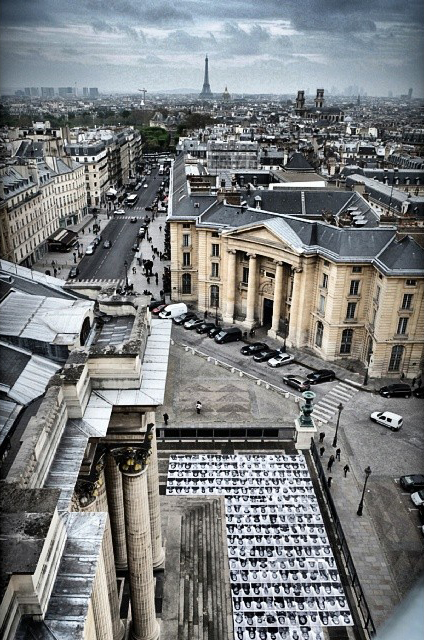 View from the Pantheon of the first pasting work.

Readers will most likely recognize the work of JR’s INSIDE OUT project as the organization behind the installment that has recently gone viral, called “Not a Bug Splat” which features a gigantic photograph of a young girl lain in a field in the Khyber Pakhtunkhwa region of Pakistan; an area where drone strikes are common. The installment, like much of JR’s work, seeks to humanize and engender compassion in situations of violence, unrest or persecution.

A little background…the INSIDE OUT project began after artist JR won the TED Prize in March 2011, calling for “the creation of a global participatory art project with the potential to change the world.” The project’s website states that it was created in order to give everyone the opportunity to share their portrait and to make a statement about what they stand for. Serving as a global platform for people to share their stories, the project turns “messages of personal identity into works of public art.” As of January 2014, over 195,000 people from more than 108 countries have participated.

The artist and activist responsible remains largely anonymous, known only as JR. Beginning his career as an artist after staging large-format installations dealing with issues of social tension and the struggle for representation, JR’s work has led to collaborations with communities around the world. To follow the latest collaborative efforts between JR and communities around the world, read about past installations, or even submit your own portraits, visit the project’s website and Instagram feed.