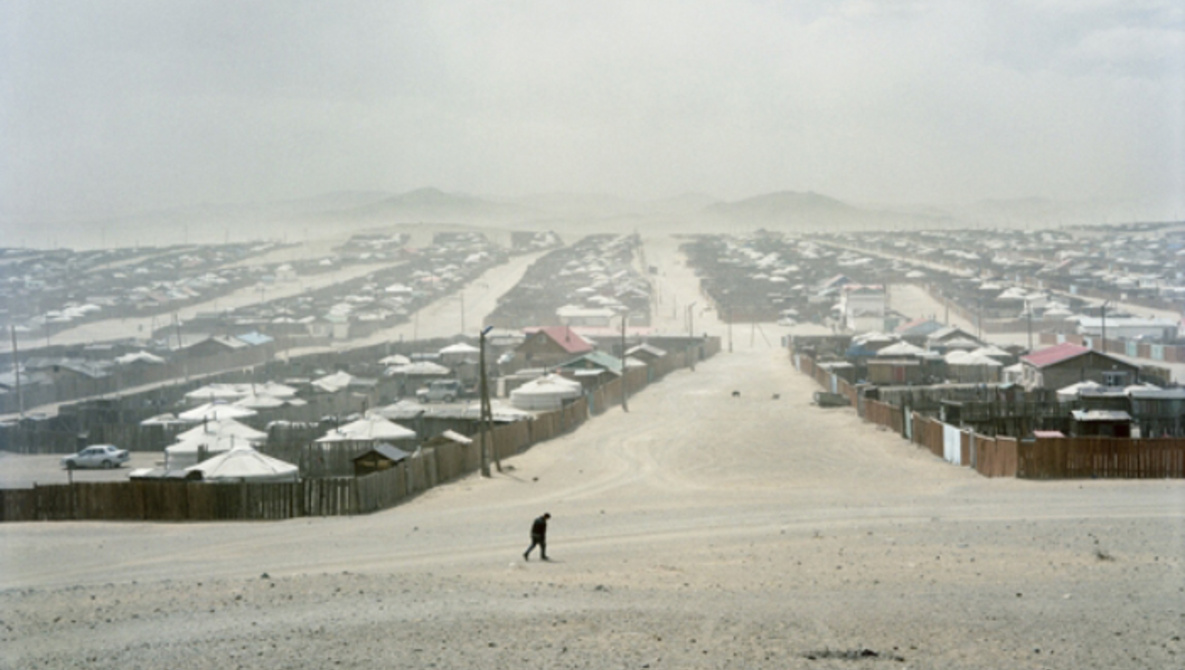 With a combination of intimate portraits and urban landscapes, French photographer Lucile Chombart de Lauwe captures a snapshot of Mongolia in transition for her beautiful series “Foyers (Urbains) Mongols,” which documents the move of rural populations into large cities.

Focusing on the transition from rural to urban, Chombart de Lauwe documents populations in flux as traditional ways of life are meshed with modern influences.

After her initial visit to Mongolia in 2007, Chombart de Lauwe became interested in the rapid expansion of urban areas. In 2011, she returned to photograph urban settlements, studying “the way people build a new home, and in a larger sense, the evolution of the Mongolian society and its influences.” Chombart de Lauwe remarked on the openness of Mongolian people; “The doors were always open for me…the grandmother of my friend always said to me: ‘Thank you for making such a long trip to meet us.’”

While many are moving to urban areas to find work, Chombart de Lauwe says it is a difficult process. “As the urban population grows larger, this lack of work results in severe poverty, alcoholism and loneliness. These days, there are a lot of mines being opened by foreign investors. Working in a coal, gold or stone mine is the most common work people do.” Despite this difficulty, she says she was impressed by people’s incredible ability to adapt.

You can find more of Chombart de Lauwe’s work on her website.