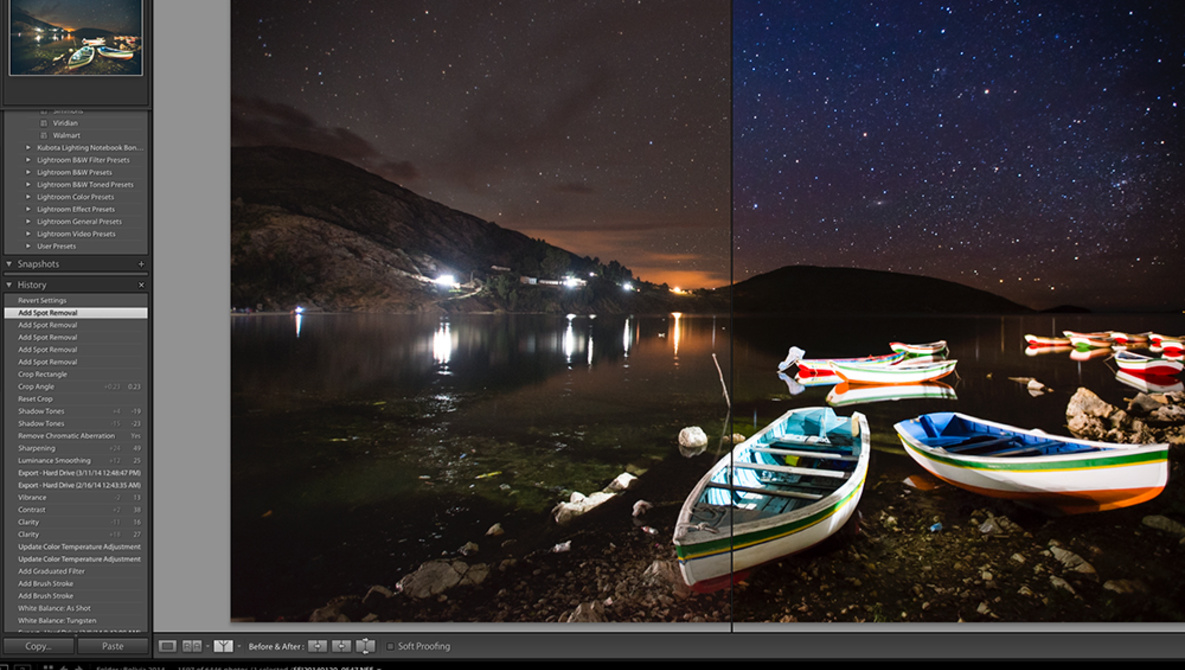 After every trip I go on, I always end up with a favorite image. Maybe it’s the one with the best story, or the one that was the hardest to get, or the one with the nicest person I met on the journey. In 2014 I headed to Bolivia to shoot a wedding, and a few weeks later found myself wandering around on an island in Lake Titicaca. And there, my favorite image of the trip was born.

After shooting my (hopefully) last wedding ever in Santa Cruz de la Sierra, Bolivia, I traveled solo around the country for four weeks. Making my way north to Lake Titicaca — the largest lake in South America, which straddles the northwestern border between Bolivia and Peru — I took a boat to the Isla del Sol (Island of the Sun). A holy site for the Inca, legend speaks of a bearded creator of the universe, Viracocha, emerging from the waters of the lake and creating the sun on this island.

After spending an entire day hiking from the southern to the northern end of the island, and three attempts later, I finally found a room in the town of Cha’llapampa. As thunderstorms were rolling in, I realized that I hadn’t broken out the tripod I had been carrying the whole trip, that I was high in the Andes at 12,500 feet, and that the stars were magnificent. Using light from my headlamp and a light on a house a couple hundred feet away, I lit the boats during this 15-second exposure. Less than 10 minutes later, clouds rolled in and hid the stars, and it stormed all night. It was the only time I used the tripod I was lugging around for weeks, but I think it was worth the extra weight.

I often get asked about how I edit my images. People are just naturally curious, in a world of Photoshop faux pas, and I don’t blame them. Here’s a before and after showing the raw image and what I did to it in Lightroom, and then another showing what I did to it after that in Photoshop. 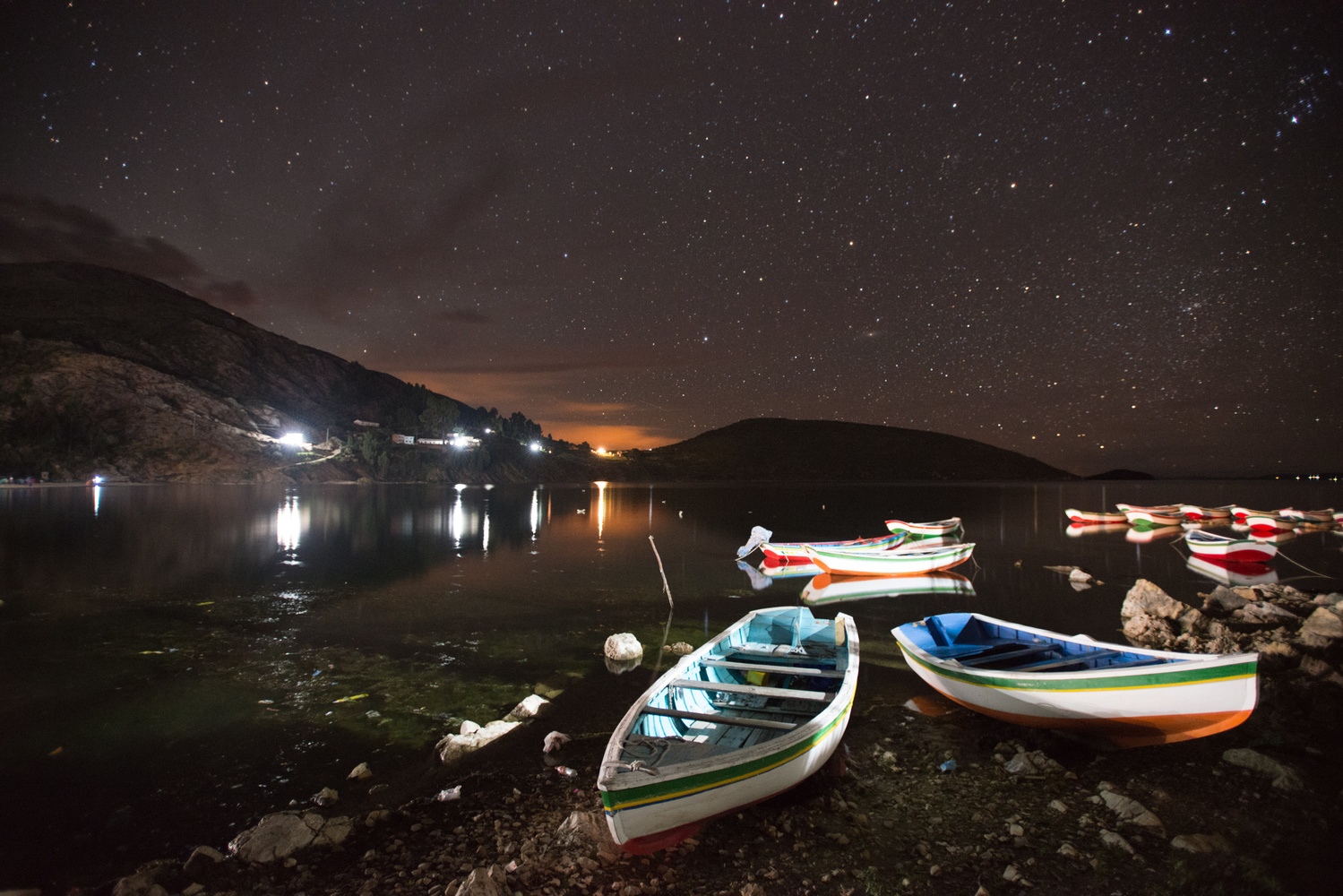 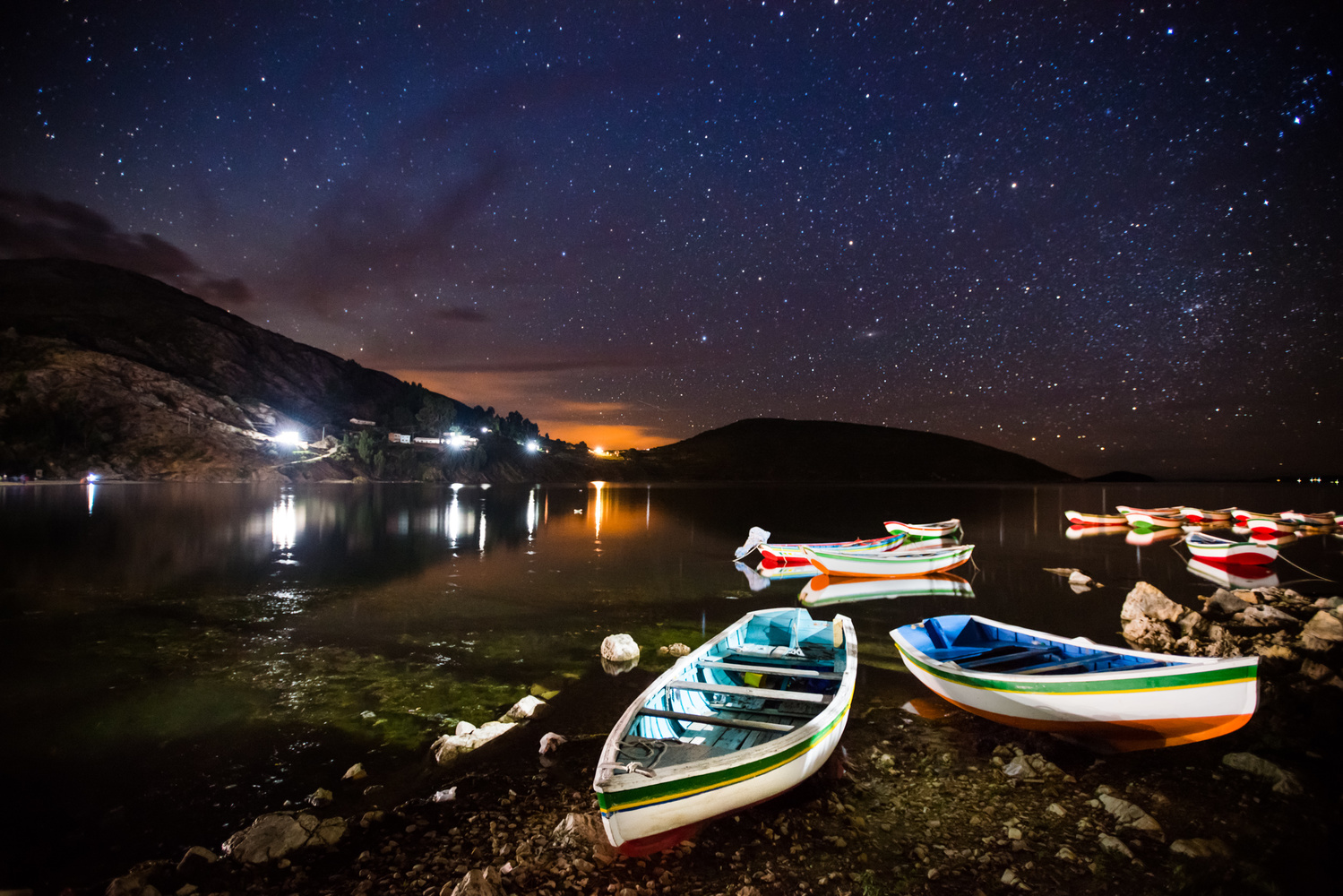 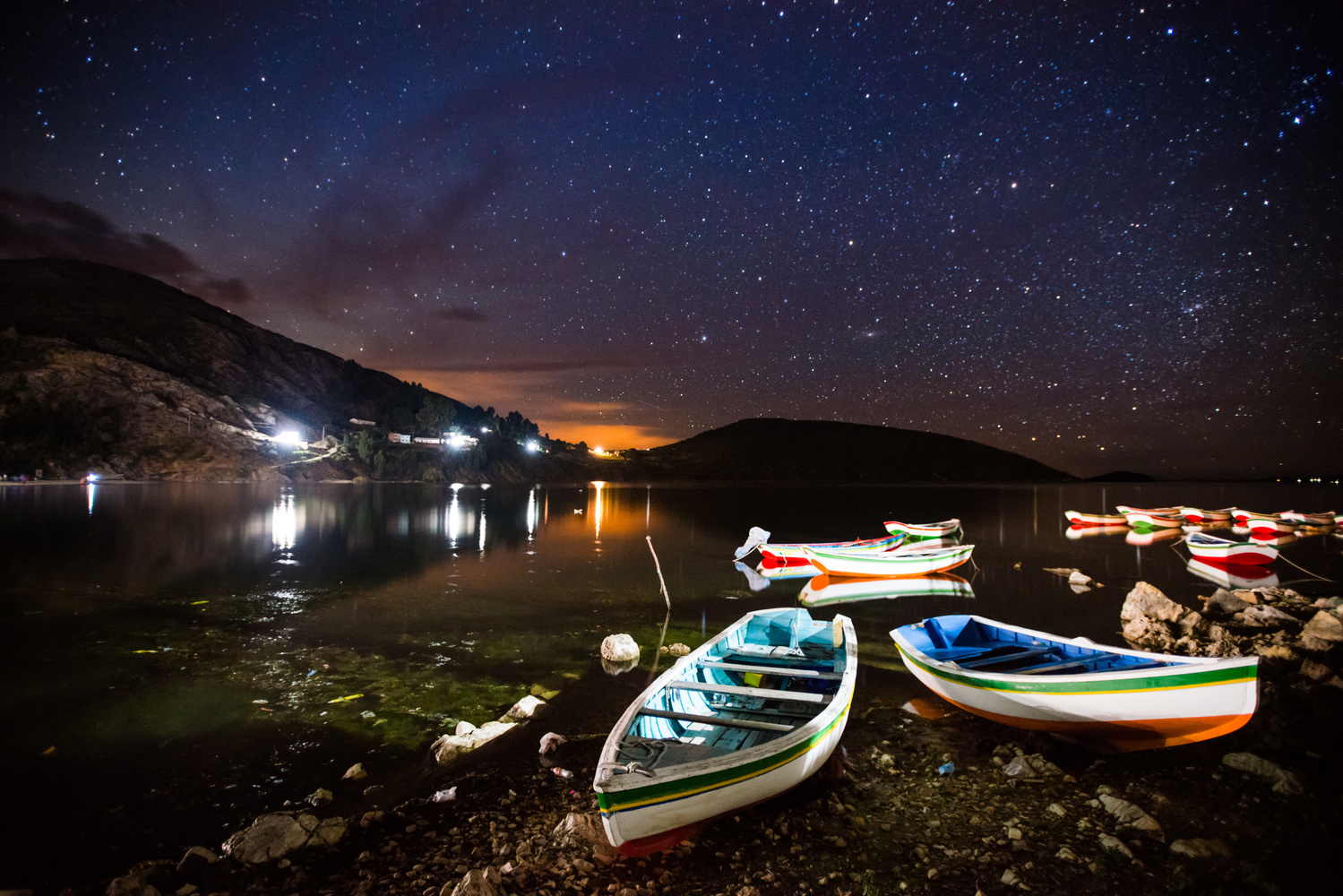 The editing here was pretty basic, but sometimes basic is all you really need. Because my headlamp wasn’t color balanced in any way — not to the sky, to the lights in the background, or to the house light that was illuminating the boats a little bit — I had to do a little work with painting on some different color temperatures. I decided to white balance off of the boats and then use the brush tool in Lightroom to paint on some cooler (blue) tones back into the sky, and increased the highlights/whites in the stars at the same time. A little more blue temp was added with a graduated filter from the top down to finish it off. This is one of the easiest tricks I know to correct white balance in night shots when you don’t have the gear on hand to make it right in camera.

A little contrast, some shadows/highlights work, and adding a little bit of color back was all it took — besides cloning out the trash. To me, it still accurately portrays what I saw while I was there, without changing too much of the original image. Sometimes keeping it simple is best.