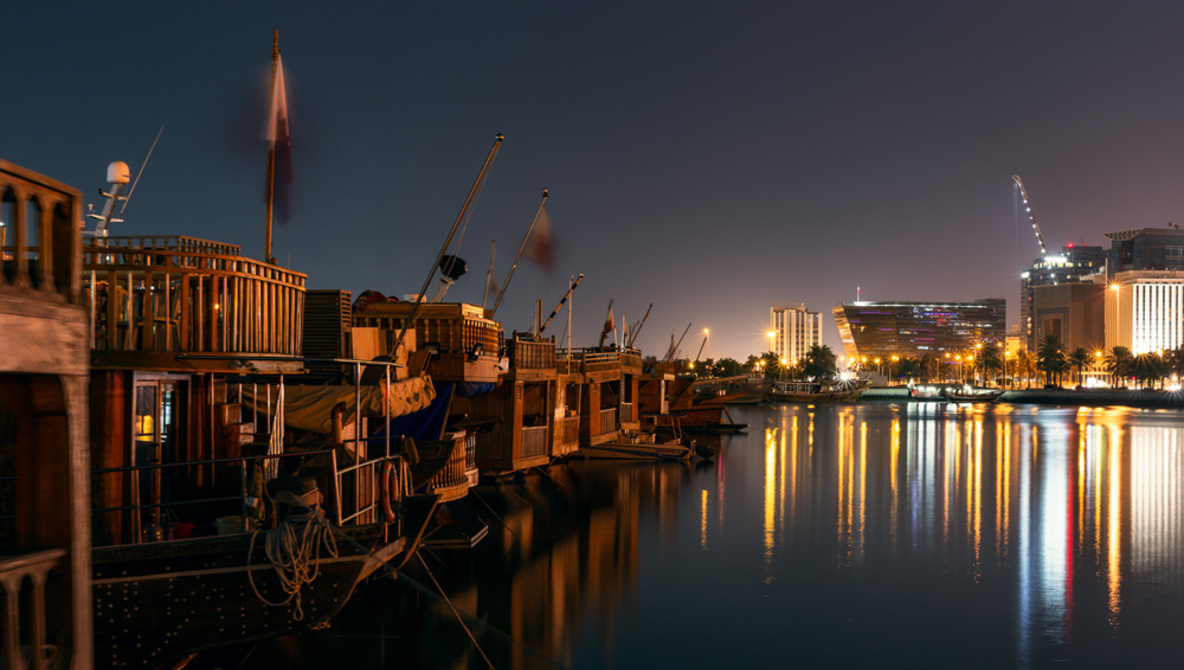 A few weeks ago, I spent two days in Doha, the capital of Qatar, especially to shoot some of its amazing architecture. And due to a little serendipitous oversight, I ended up getting exactly what I wanted.

Doha is incredible. Out of a sea of white sand and turquoise water rises this sparkling metropolis like a beacon. I was fascinated by Abu Dhabi when I flew through it earlier this year for the very same reason. From then, I wanted to photograph one these modern desert oasis cities. Dubai — a favorite of Elia Locardi — is the obvious choice for a photographer, but I was drawn to Qatar for one reason: The Museum of Islamic Art. The museum was designed by Chinese-American architect I.M Pei and built in 2008; it houses 14 centuries of Islamic art and is itself a work of art. From the outside, every angle gives the observer something different to ponder. The interior is impressive too, but not so eye-catching as to steal the show from the exhibitions it contains.

The city’s skyline, while not as dramatic as Dubai’s, is still a feast for the eyes, especially when the sun goes down. But, the real pearl of the city is most certainly the museum although it soon will have competition from the National Museum of Qatar when it is completed. Jutting out from the rest of the city on a manmade bank,and surrounded by its own beautiful gardens, it demands to be photographed. 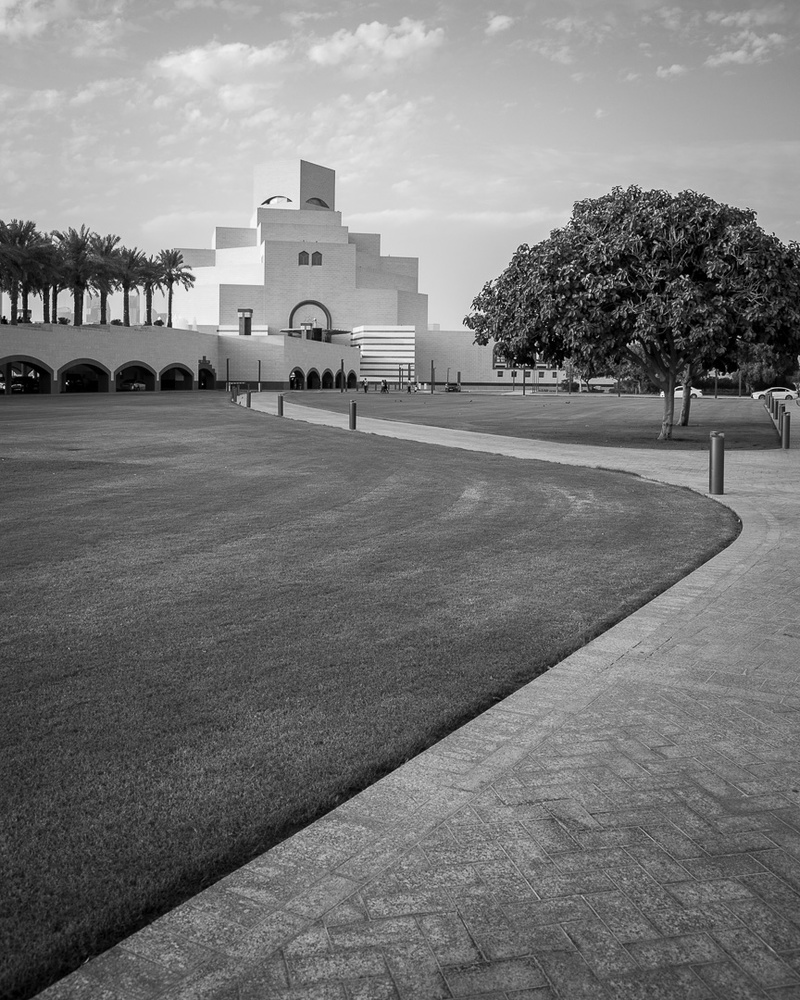 I arrived as dusk set in. I set up my tripod so as to get a strong leading line and after placing the Doha skyline in the background, my composition was nailed down. With my trusty Canon 50mm f/1.8 attached, I set my exposure to 25 seconds and pressed the shutter. But just as I had pressed it, I was approached by a security guard. I did not know this beforehand and there were no signs to the fact, but as he informed me — in a very polite and apologetic way — it was forbidden to set up tripods on the grounds of the museum. “Not even in the gardens?”, I asked. Nope. Like I said, he was almost apologizing to me for having to tell me. I have to admit, I stalled for a few seconds as he walked over to another couple who were taking photos. *click*, the exposure finished. 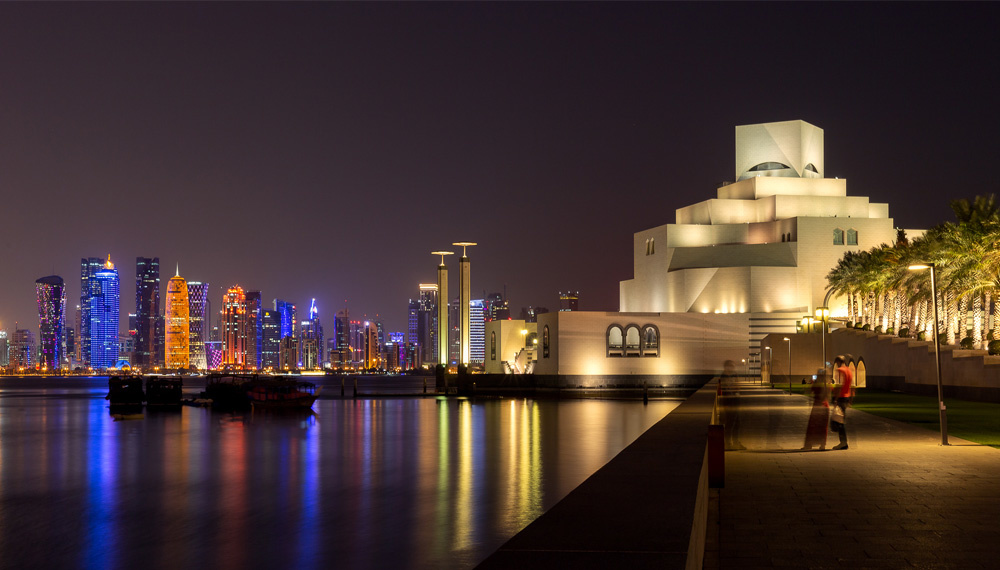 Even though I was disappointed that I couldn’t scamper around the exterior of the building with my tripod getting more angles; armed with this new information, I decided to return the next day with a different view and different expectations. Shooting architecture without a tripod feels weird, almost dirty. But, I treated it more like an exercise in street photography. Because I was not encumbered by a tripod and it was daytime, I could play around with angles, shapes, and contrast in a more fluid fashion. I had fun, more fun than if I had had my three-legged sidekick with me. I even managed to get a decent long exposure of Doha’s skyline from across the bay, using my bag as a rest. 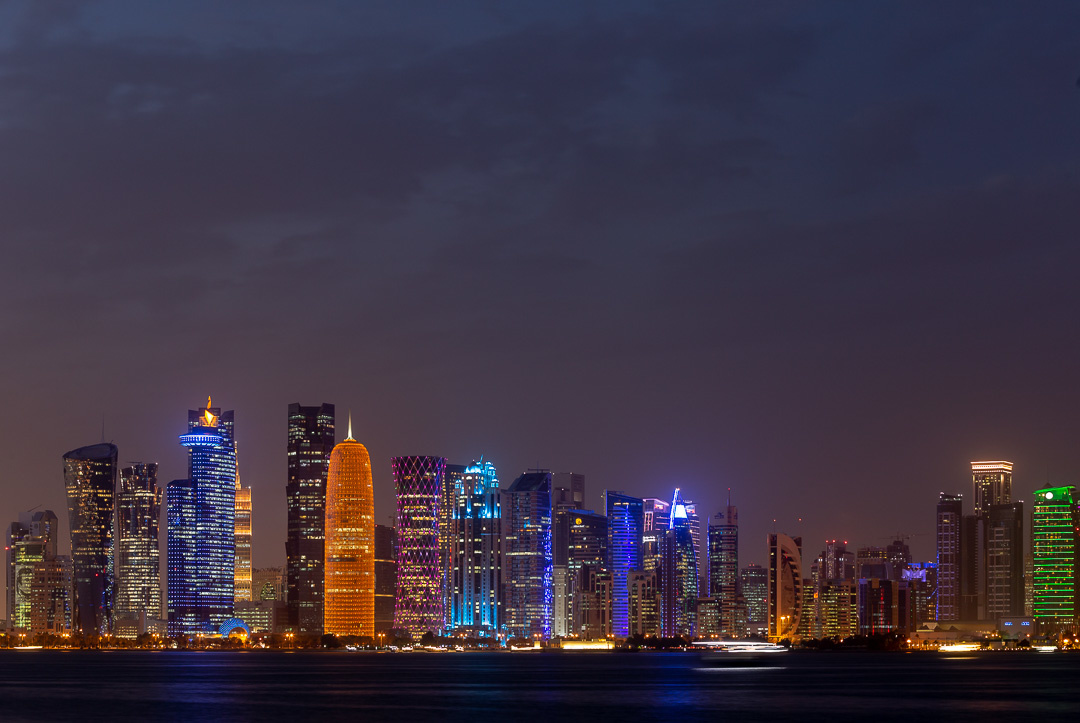 Am I happy I got the shot of the museum that I wanted? Yes. Should I have checked the rules regarding photographing the building? Definitely, yes. It was a gross oversight from me. And I would encourage everyone to double-check the rules around photographing particular landmarks. I will be. I got away with this, but skirting the rules in a foreign country is not only disrespectful; but it could also land you in trouble.

Has a lack of planning ever ended up helping you?

British Photographers and Filmmakers Will Face Serious Problems After Brexit