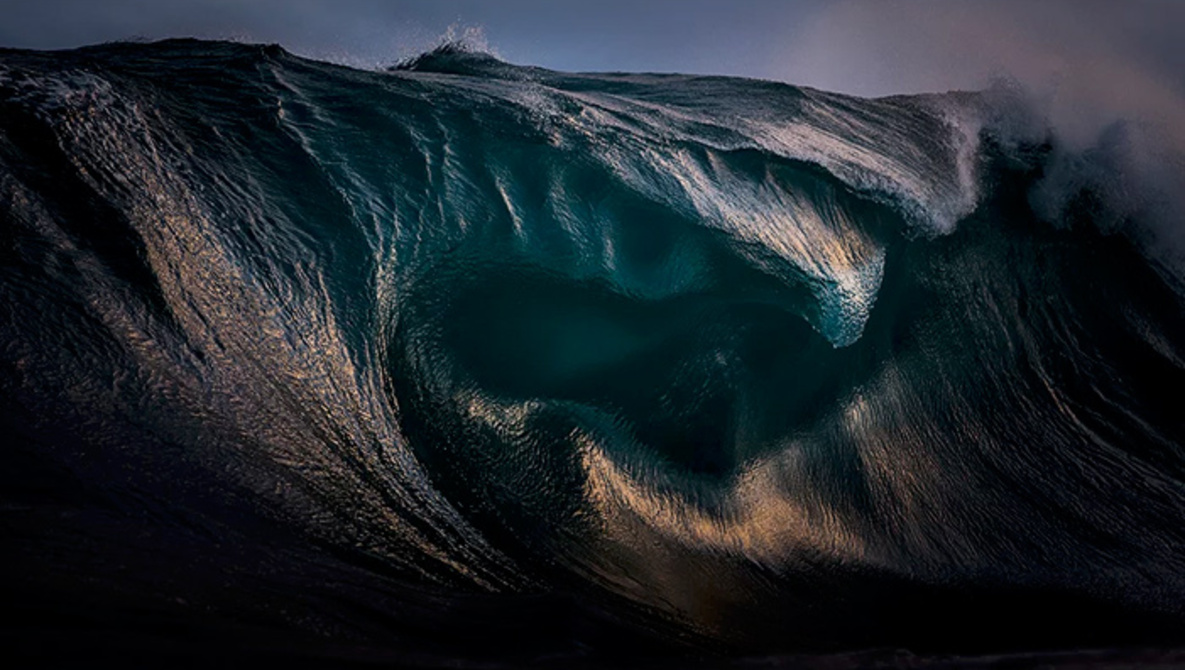 Ray Collins lives in the Australian town of Bulli, a sleepy, drab mining town south of Sydney. The punishing work a mile underground left Collins with a broken body and busted knees, so it was time for a career change. Purchasing a camera with his severance, Collins decided to tackle a new perspective to underwater photography. The cleansing salt water which had originally washed off the dust of a long day in the mine was now his new office. In a short seven years, Collins made the change from “subterranean” to “submariner” and hasn’t looked back. His story is perhaps testament in chasing your passion no matter how seemingly absurd it may be.

Possibly most fascinating is that Collins is color-blind. “I can tell [the colors] are different, I just can’t really describe how they’re different,” says Collins. “It’s forced me to look at shapes more, lines more,” a practice that has given a completely different perspective to how the ocean behaves. Searching for rocky out crops and underwater objects that the ocean will focus on, Collins’ photos often capture the sea in suspended motion exploding in dramatic light.

Collins has a self-proclaimed style of “moody seascapes.” Adding the surfers into the images is only done “to bring scale” to the size of the ocean’s power. Many dedicated surf photographers will claim being in the ocean requires a certain amount of submission. There are many factors and forces that are completely out of your control. Collins states often he misses shots, and these are the times he centers himself in bearing witness to the natural beauty. Conversely, with all the work and preparation of a day in the water with a camera, it always comes down to that single second, that satisfying moment when the whole sequence of events comes together.