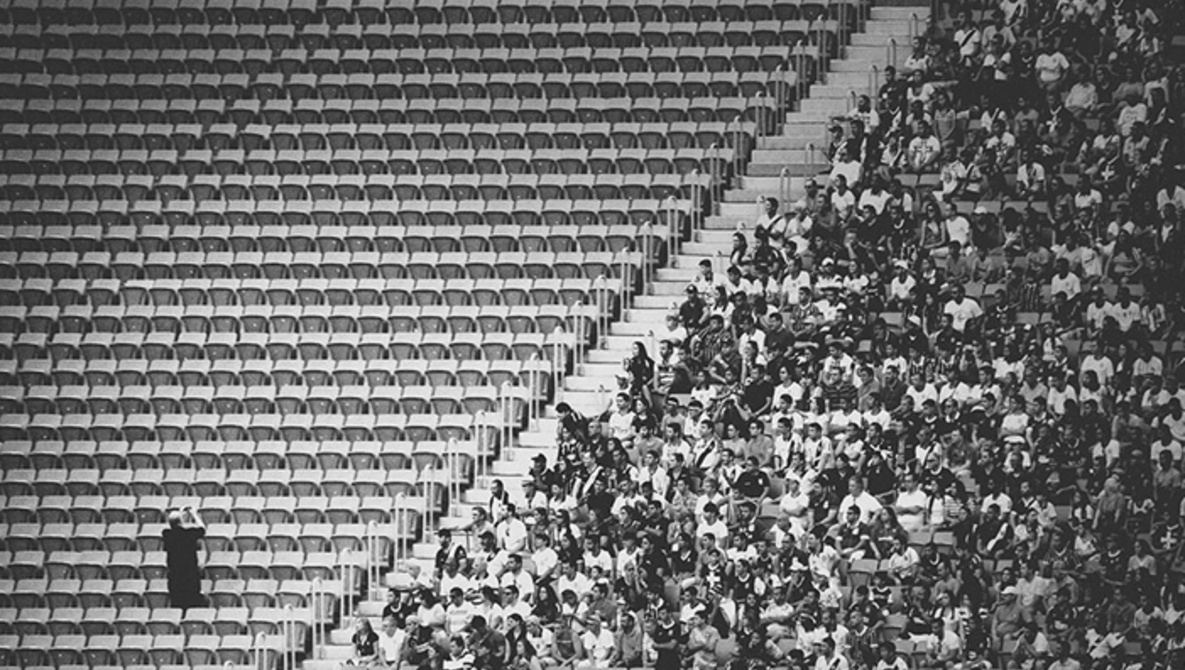 ‘Counterflow’ Is a Photo Series Showing the Impact of Composition

Composition is something that can be slightly overlooked in digital photography. With the ability to take hundreds or thousands of images on a single memory card and cropping achieved so simply in Lightroom, photographers have become lazy. There are certain situations, however, where composition can make or break a photo. While every genre of photography can benefit from good composition, photojournalism may be the realm that sees the largest impact. In his series “Counterflow,” Photographer Mauro Martins exemplifies just that.

The series is composed of seven images. Each shows a crowd moving in or appearing to congregate in a general direction. A lone individual is by themselves, either standing or walking in the opposite direction. Martins told me that these images are from locations in both Brasilia, Brazil and Boulder, Colorado. They were also planned compositions. Nearly 50 locations were visited during the creation of this series. Out of those, only a few made it. Martins explained: “Sometimes, the place was perfect. Sometimes, the place was great, but I didn’t find a good person to be on the opposite side.” There are a few things that really make these images stand out to me. I’ll break each element down.

Color can be distracting. Think about the images in color: they would lack contrast. Because there are so many people in each frame, the variety of colors in their clothing combined with that of the location could have created a visual assault on the brain. Visual impact is often achieved by drawing a viewer’s attention to a specific part of the frame, not by bringing their eyes everywhere. Every photo needs a focal point. 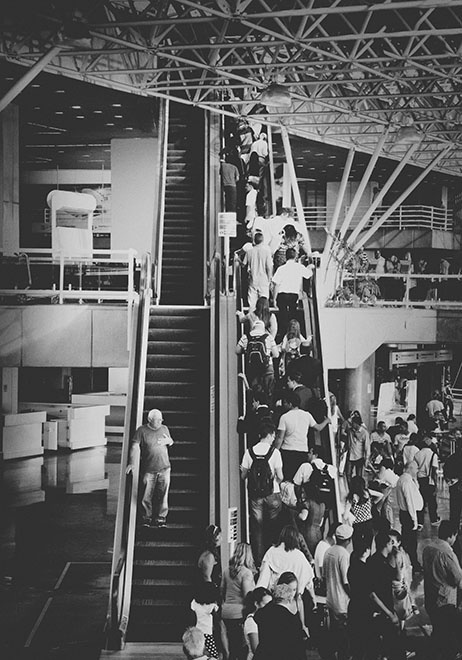 Negative space is a must for a strong composition. A viewer needs to know where not to look. The negative space in these images is interesting, because the lone figure resides right in the middle of it. Normally, when a photo is dense with subject matter on one side or the other, it creates an off-balance feeling, and that side draws a lot of attention. In this series, the negative space almost becomes the subject matter because of the lone figure pulling the viewer to the other side of the frame. This leads right into the last element of strong composition in the series. 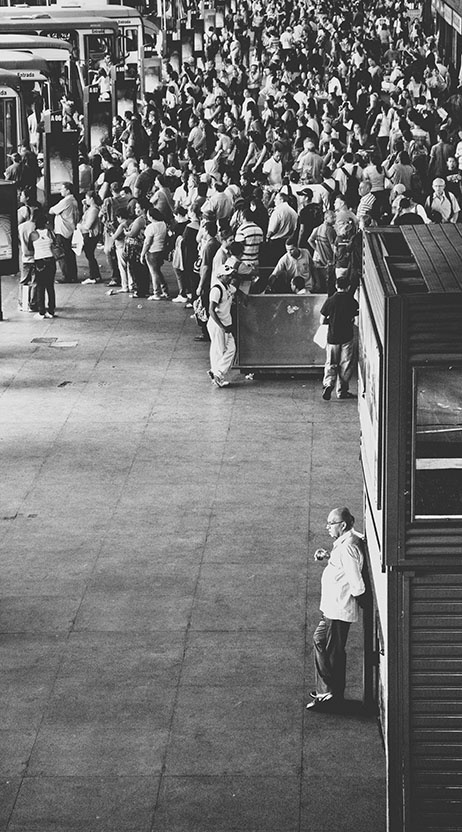 The first photo of the crowd in stadium seating would almost be symmetrical if it weren’t for the figure on the left side of the frame. Yes, you could argue that empty seats feel light next to a dense crowd, but a lone person looking in the opposite direction creates an even more uneven feeling in the image. Balance feels peaceful, but weighting the photo to one side creates a hectic feeling that brings impact to the composition. Whether it be a vertical or horizontal composition, every photo in this series takes advantage of this.

While street and photojournalism were never my favorite genres, we can all learn a thing or two from the beautiful composition that these images display. Whether it be this great series or a famous image from Steve McCurry or Henri Cartier-Bresson, the impact that journalistic images display is what makes them so well-known and long-lasting in photographic and human history.

More of Martins’ work can be found on his website.

How to Improve Your Photography by Shooting Black and White

Improve Your Street Photography With These 10 Tips