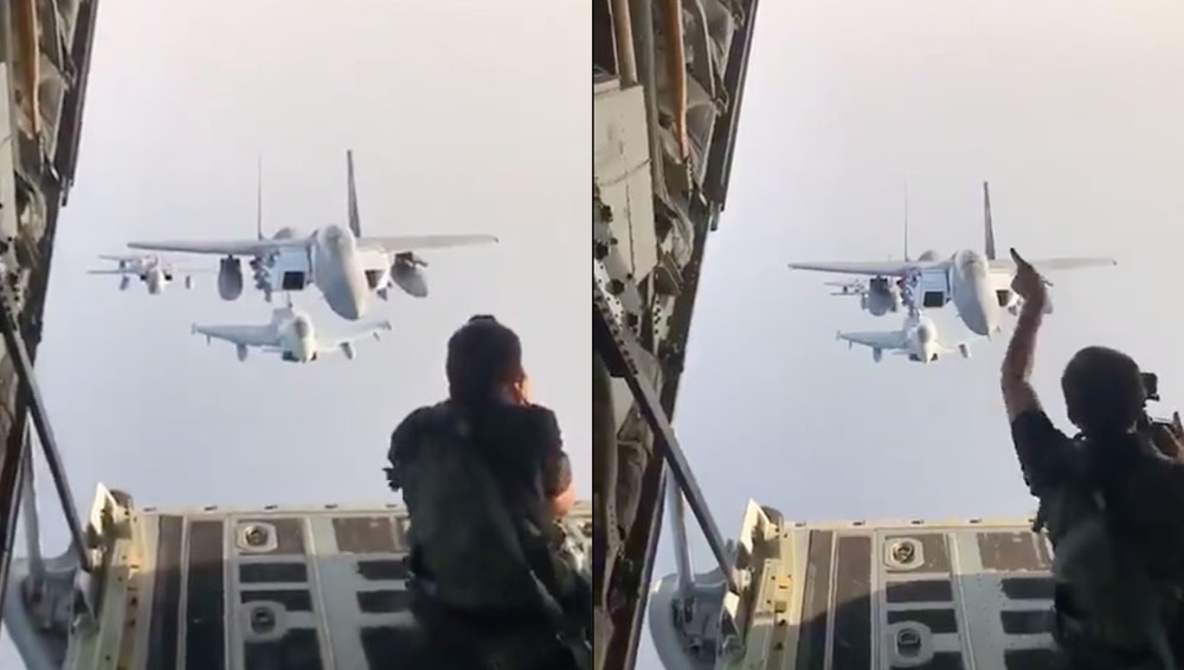 The Royal Saudi Air Force has released incredible footage of a photographer positioned at the edge of the cargo door of a plane, photographing fighter planes flying directly behind and giving them direction as he takes photos.

It was as the rehearsal of an air show took place that the Royal Saudi Air Force arranged for popular aviation photographer Ahmed Hader to come on board, literally, and shoot the aircraft. The air show was part of the 90th National Day of Saudi Arabia earlier this week.

The footage was tweeted by Saudi journalist Enad al-Otaibi, who was stood a few meters behind Hader, capturing the action behind the scenes. Hader seem unphased by the height he was flying at or the speed he was traveling, as he casually signaled for the pilot of the jet behind him to edge camera-left for a better angle.

A second video shows each of the jets veering across the sky as Hader rapidly captures them one at a time. The jets are made up of two F-15s, a Typhoon, and a Tornado. Hader, meanwhile, was flying in a C-130.

Would you say yes to this job if given the chance?

How to Photograph the Milky Way in 5 Simple Steps