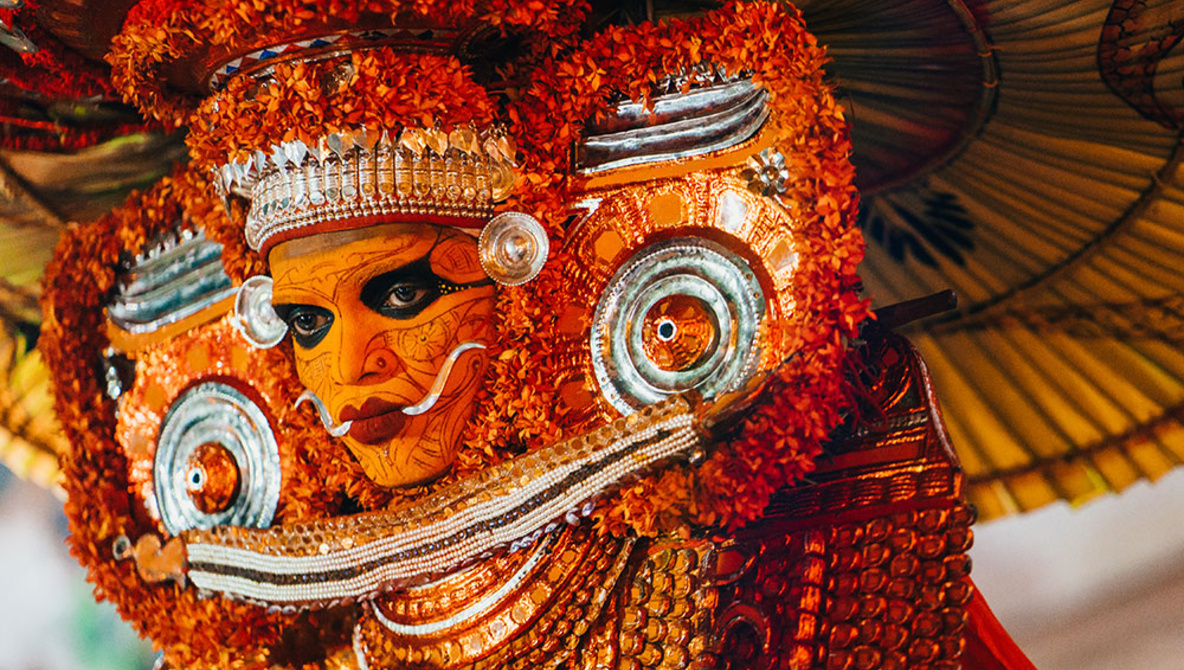 The power of a photograph is beyond time. As photographers who pursue various genres, it is also important that we understand how it is a social tool. I recently traveled to Kerala, India to document one such ancient tradition.

It’s no wonder why Kerala is called the God’s own country and it has this several-thousand-year-old tradition thriving thick in the heart of its culture. “Theyyam” is one of the oldest and most outstanding ancient ritual dances of Kerala. This significant event happens between October and June every year in the northern parts of Kerala predominantly and is the most awaited happening in this part of India. The word “Theyyam” is derived from the Sanskrit word “Deivam,” which means “God.” It is more than a coincidence but a deep-rooted story of evolution. What might appear to be a folk dance to a new viewer from the outside world, Theyyam is actually way deeper than one’s eyes can understand. To understand Theyyam, one has to understand the roots of it.

There are two schools of thoughts about the living cult of Theyyam. One is that it is a rare surviving art form that descended nearly 1,500 years ago from some pre-Aryan, non-Brahminical Dravidian religious systems that were later encompassed into the Hindu religious system. Another thought is that Theyyam is a transcending statement of humanity to stand against the dominance/arrogance of the upper caste people over the lower caste people in the society. The interesting fact is that such a powerful, ancient ritual dance is performed only by the lower caste people (predominantly called Dalits, who belong to scheduled castes/tribes) living in Kerala over the years. The inequalities served the fertile soil for Theyyam to grow as a cult. In a contemporary way too, this is very intriguing, and our documentary sets its base on the same.

It was amazing to witness their transformation in person. The performers would be simple individuals doing daily chores in the daytime. But once they donned their Theyyam avatars, they transcended to a different being altogether. The subject is as intriguing as it gets. The focus was on the expressions and emotions. The low-light conditions were the main challenge, as the dance rituals happened mostly around midnight. The pictures were shot using Sony a7R II and the video was shot using Sony a7S II. This effort will take years to come to a whole picture. I’m looking forward to capturing this on a detailed trip ahead. Documenting such time-transcending traditions is not just a fascination, but a social responsibility for us as photographers.

Is It Time To Change the Laws on Street Photography?