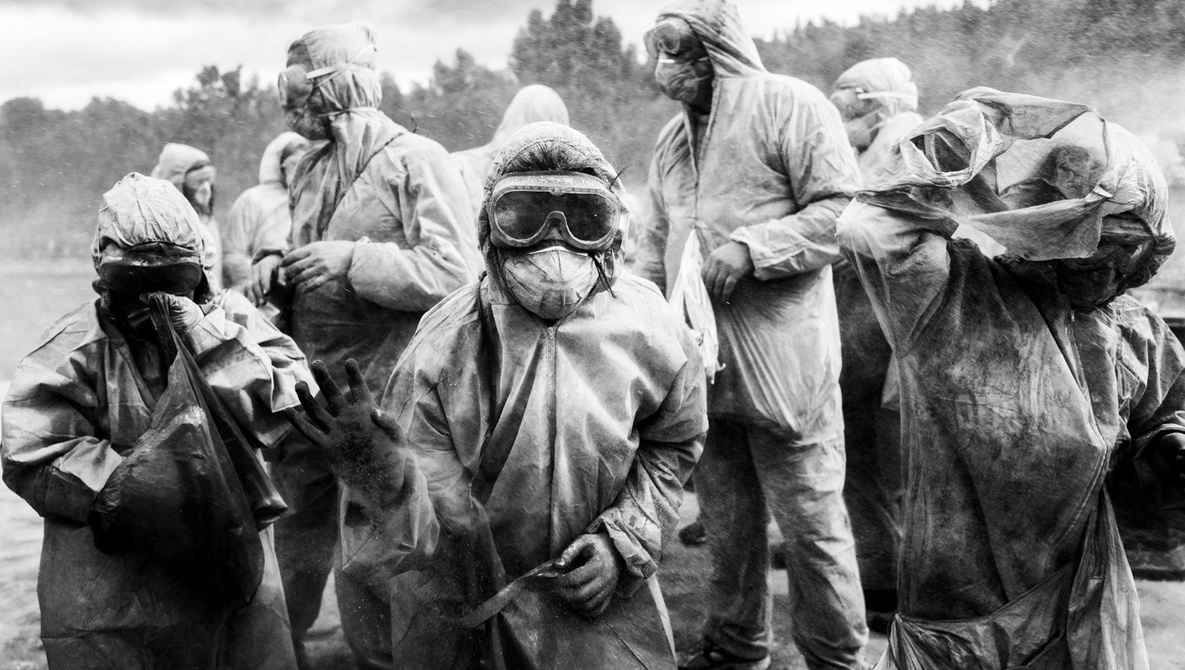 Documenting Unique Traditions Across the Globe

At first look, this image can evoke a sense of fear of some post-apocalyptic chaos. However, if you are are a documentary photographer it might remind you of the long held traditions that symbolize the start and end of religious customs.

Former electrical engineer George Tatakis, took his passion for photography to new locations to capture what he calls “peculiar customs” around Greece. Many of these traditions are Pagan or Christian. This image was taken during the flour wars. All buildings in the main streets are covered in big nylon sheets to protect them during the festivities. Tatakis himself became a main target with a camera in hand moving against the flow of the parade in order to get his shots. While he might have been a mark for a flour bomb, the shots taken were well worth it.

I asked Tatakis about his approach to photographing in this documentary style and how the subjects felt about his presence. He wrote that the most important aspect of photography is your approach to people. “We need to be in a situation we feel comfortable and we ourselves are actually having fun. There are times where I won’t put my camera out of the bag for a couple of days. People can feel that you are comfortable around them and you like being with them, so when the time comes to make images they will be happy about it.”

Inspiration and Technical Side

Tatakis takes his inspiration from  photographers such as  Koudelka, Manos, and Economopoulos mainly for their black and white images while Webb, Parr, Gruyaert, Davidson, and Alan Harvey inspire his color work. He feels drawn to the more more abstract and contemporary work of d’Agata, Sobol, Gilden, and Leiter.

Tatakis prefers to only use one lens; the 28mm. He never crops and is consistent with a horizontal orientation. “I believe in self-restraints, because then you have a barrier to break,” he wrote. The use of black and white he writes helps in promoting qualities he prefer such as geometry and forms. He feels that this type of shooting pushes the the viewer participate more by using their imagination to recreate the scene. He admits he does not like bokeh and will only use large aperture when there is not enough light.

Tatakis is working on a new platform along with the photographic cooperative Reflex Photographers at Pculiar which is an application that follows photographer’s adventures to these peculiar events. “It is currently focused to Greece since it mainly has our own work, but it is open to expand worldwide,” wrote Tatakis.

The list is endless Tatakis wrote on which experience was the most interesting. Between the people dressed in goats skin bearing huge bells around their waist, dancing to psychedelic Dionysian music to scare away Christmas goblins, flour wars, crosses cast into frozen ponds with people diving in to catch them, litanies with religious symbols and icons being carried around places on foot for days or even weeks, and people dancing on lit charcoal, Tatakis just cannot pick one tradition alone as they are so individually unique in their own way.

His latest interest is in Karpathos Island, Olympos. They have kept traditions since the Byzantine time until today. This location is somewhat secluded which has helped them to hold onto their traditions these many years. The older woman wear the traditional clothing and they have a very strict way of celebrating as well. Order is key in their traditions from the songs they sing to the dances they dance. The Easter time traditions are so unique they cannot be seen anywhere else in Greece.

He wrote something that resonated with this writer very deeply. “My intention is to make images that I have in my mind by using the elements I find in life, rather than record the event. I believe that photography is my way of communicating and that each photograph is a self-portrait in the way that anything I have lived so far reflects on my images.” If you would like read more about his work here are a few links to follow.

Tatakis collaborates with Huawei (ambassador), Leica (LFI, started sponsoring his trips with cameras) and Canon (fine-art printing). He has been published on National Geographic, LFI magazine, M magazine amongst many other national media.

All images used with permission and courtesy of George Tatakis.

‘Photographing The World 4’ Behind the Scenes Episode 4