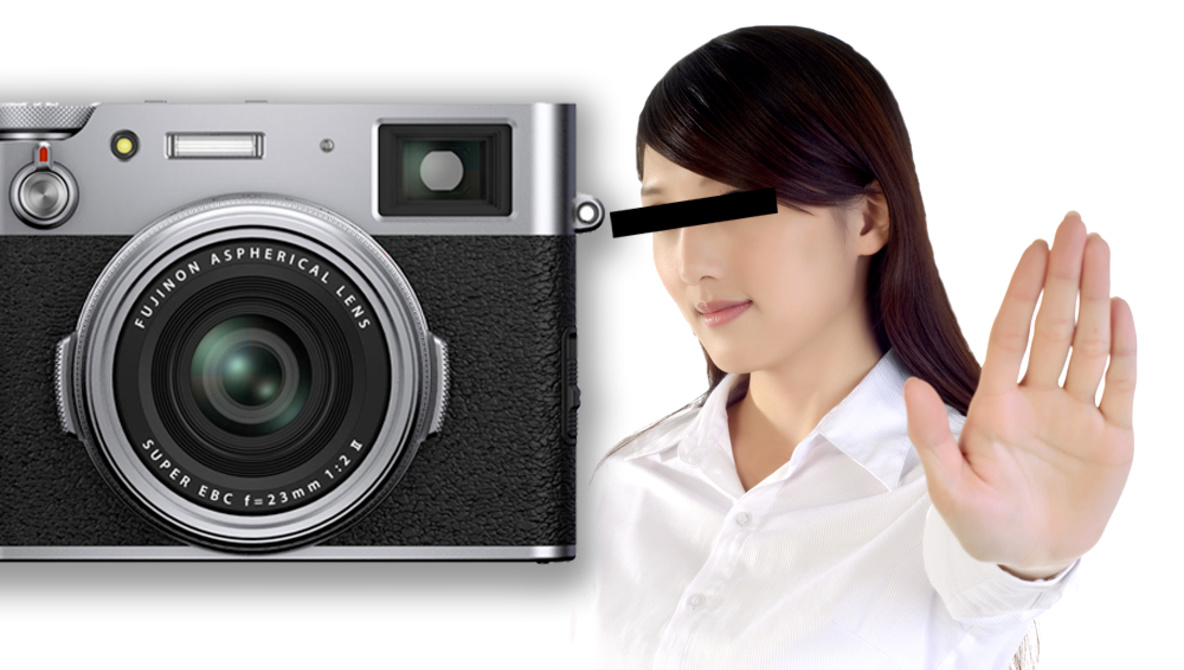 A strong critical reaction has led to Fujifilm pulling an advertisement that highlighted the work of photographer Tatsuo Suzuki. It seems that holding an expensive camera is not a license for an obnoxious and provocative style of street photography.

Fuji Rumors reports that Fujifilm published the seven-minute video as part of a series of short films promoting the launch of the new X100V. Entitled “My Milestone,” the video documented the work and methods of Suzuki, a street photographer who shoots with an intrusive, almost aggressive style. In the video — deleted by Fuji but since re-uploaded elsewhere — Suzuki is shown blocking the path of pedestrians, prompting people to turn away or even cover their faces.

The original video was deleted by Fuji but since re-uploaded to YouTube. A copyright claim from Fuji may see this version removed at any time.

This style of shooting is reminiscent of photographer and self-confessed provocateur Bruce Gilden who established a reputation for in-your-face flash photography. “I have no ethics,” says Gilden, proud of his supposed bravery for the proximity of his images, essentially explaining that he is so arrogant that he doesn’t care.

Suzuki lacks the flash but not the antagonism. As he explains in the video, his intrusion of space creates tension by breaking into a person’s private space. He is fully aware that his behavior is offensive, but of course, the photographs make it justifiable.

In a recent article, I asked how this behavior would be judged if the likes of Gilden and Dougie Wallace were not holding a camera, but instead simply confronting people at random in the street. Why does this revered, expensive, magical box vindicate this manner of acting in public? Why are the resulting images so revered by the art world, pouring praise on a photographer for “pushing boundaries” and “creating insights,” when every photograph says a lot more about the photographer’s ego than it does about the reality of life on the street?

Screengrab of Suzuki in action from “My Milestone.”

The concept — elevated by the likes of Magnum and the art world in general — of the photographer as a big game hunter, a heroic, often hyper-masculine figure who bravely sets out into the world to deploy his mastery over technology to create art is one that has become tired. The online reaction to Suzuki’s work is an indication that audiences are starting to see beyond the surface of the resulting images and into the arrogant, ego-driven unpleasantness that goes into their creation. Social media has helped to undermine their heroism, revealing the nastiness, vanity, and smugness that the galleries and books fail to convey.

The convenience for the obnoxious street photographer is that the image is a snapshot of a moment caught just before the unwitting subject reacts to this invasion. Photographs are typically that moment of confusion before realization, annoyance, and intimidation kick in and subjects are rendered helpless. The moment the photographer wanted is complete, ripped away from the consequences that the photograph so conveniently ignores and overlooks. The image is taken (in both senses), the photographer’s braggadocio is bolstered, the resulting image is more important than the process. The ends justify the means, and the photographer’s expression of power is complete.

Until now. What was once deemed heroic is now seen as pathetic. The photographer’s ego is revealed and found vile. An unpleasant taste sours every image, as though the overblown ego is a sepia tone that washes every single photograph.

Fuji’s blindness to this was surprising, and the reaction is entirely justified. Intrusive street photography is a power trip that belongs in the past.

Confront Your Fear: How to Shoot Portraits of Strangers on the Street