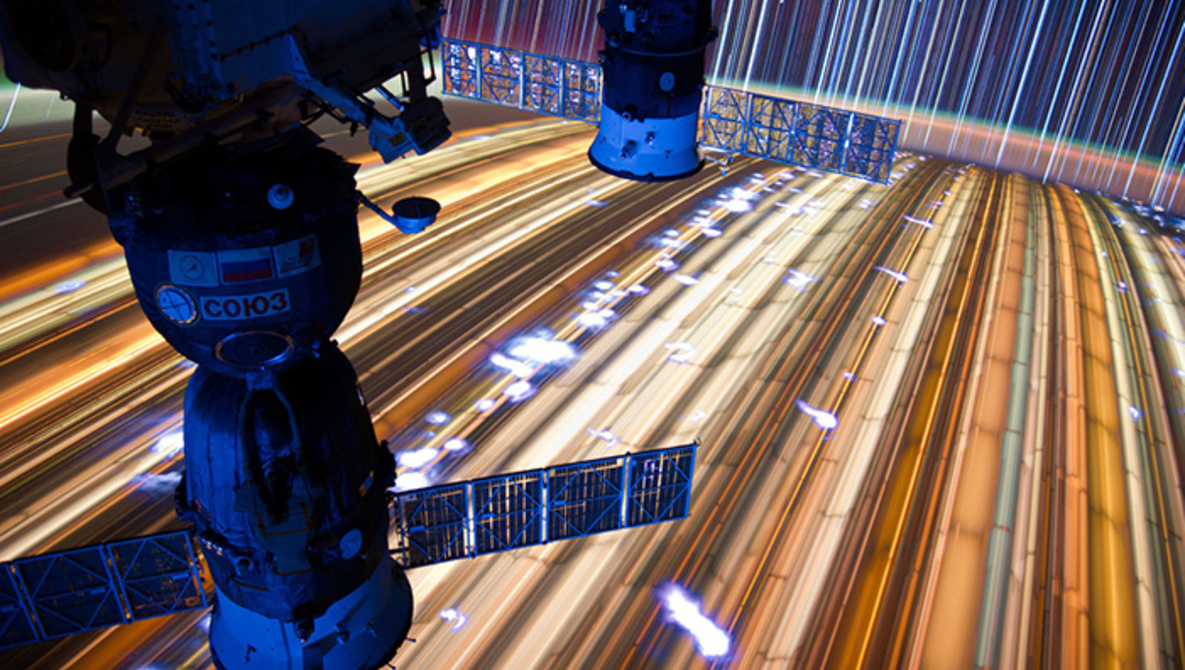 In the last few years, us earth-bound humans have been blessed with stunning still images and breathtaking timelapses that were taken in outerspace. Veteran astronaut-photographer Don Pettit was at the recent SXSW event, and spoke about the challenges of capturing images in space.

First of all, if you haven’t seen this video that Don is featured in, that is all about the work he does in space, give it a look. It’s fantastic.

Don recently shared some interesting facts on what problems he has to overcome, and how the camera deals with being in this kind of environment. The website Popular Science documented some of his remarks, and exceprts from that article have been blocked out below.

To smoothly follow his subjects, Pettit hacked together a precision gimbaling device. Using a Hassleblad camera as a viewfinder hooked up to another camera, he created barn door tracker, a device typically used by astronomers on Earth to track and photograph objects in the sky. Pettit turned the contraption on its head to photograph Earth from an object in the sky.

Taking pictures from the inside of a space station can present another issue in that you are always dealing with shooting out of a thick window. Unlike those of us on earth dealing with windows on the side of a building, dropping in a polarizer isn’t quite enough to do the trick.

…reflections create a special kind of photographic hell. The cupola of the ISS makes for a perfect viewer of planet Earth, but its seven windows can lead to some serious shine issues. “(This is) the bane of photography out the windows while in orbit. In the cupola, you have four panes of glass, and you want four panes of glass because there’s a pretty good vacuum on the other side,” Pettit says, but it compounds reflections. So he fashioned what a “zero-gravity turtleneck” out of pieces of dark fabric to combat glare.

In addition to the challenges in simply aquiring an image that is presentable, the camera systems that spend time outside of the confines of the earth’s atmosphere undergo damage.

…any camera that’s spent a year beyond Earth’s protective atmosphere has severely damaged detector array chips, thanks to pummeling by cosmic rays. This makes images with bright red, green, and blue pixels dotting the frame. Editing can take care of that, Pettit says, but NASA ends up shipping about 10 new cameras to the ISS every year. The old cameras? Those are sent to die a glorious death as a shooting star by burning up in Earth’s atmosphere.

Sent to burn up in the atmosphere? Bring those back! That would be kind of a neat collectors item to have.

If you’re really into space photography and video, make sure to read about the CineSpace Film Competition, where creatives can use visuals from the NASA database to create new derivate works, and submit them for cash and prizes including a $10,000 grand prize.

The Fastest and Easiest Way to Learn Adobe Lightroom