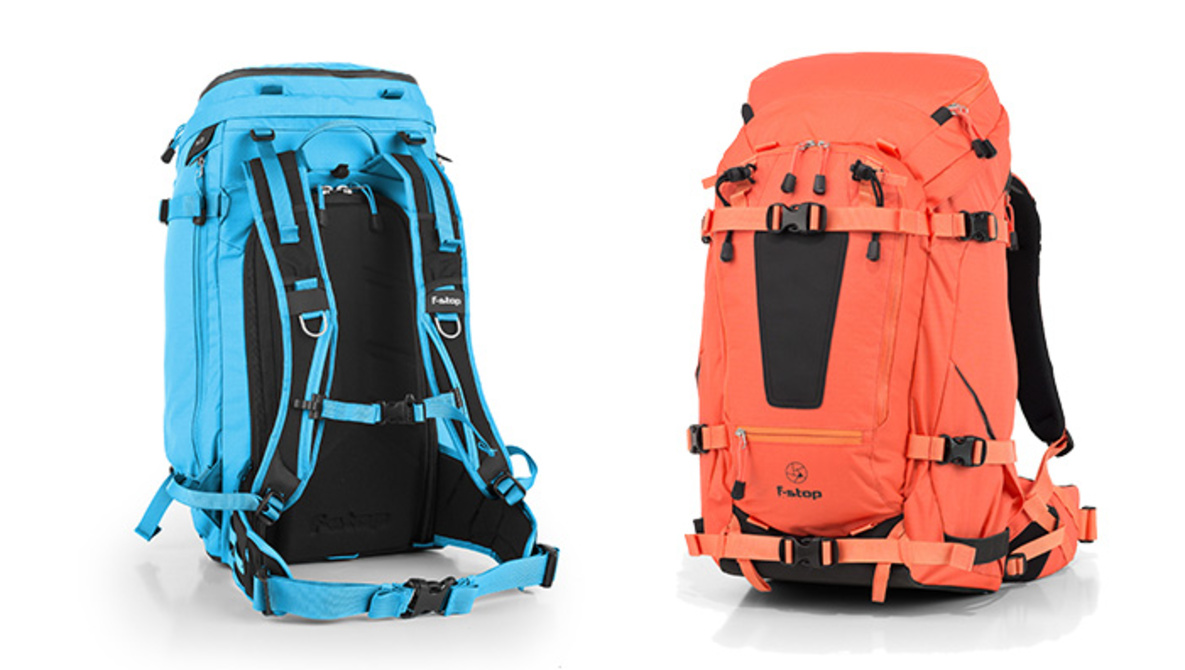 One of the best camera backpack series just got an update, along with a few new bags. F-Stop Gear has been making quality backpacks for outdoor adventure filmmakers and photographers for a while now, and their latest products are looking to be even better. If you’ve owned or used the popular Loka series bag, you’ll want to check out the new version, called the Ajna.

There are 4 new/updated backpacks — the Ajna, Tilopa, Sukha, and Shinn — all large packs ranging between 40 and 80 liters of capacity.

The most notable change is the addition of the bright orange color option, something that was at first only seen in the Shinn that was announced earlier this year. The next biggest update is to the fabric that the backpacks are made out of. A ripstop Nylon shell provides protection from rain and the elements, with a secondary polyurethane film in the mix as well.

Other minor changes include an updated chest strap system and expandable side pockets with full zips.

The four bags and the available colors are below, with the Ajna in blue, the Tilopa in orange, the Sukha in black, and the Shinn in aloe/green.

Here are short videos explaining the details and features of each:

40-liter bag that is the successor to the Loka bag.

50-liter bag that keeps the same name from the previous model.

70-liter backpack that is an update to the Satori EXP.

The 2015 Mountain Series has received a major upgrade in the main body textile, significantly improving the weather and abrasion resistance of each pack. f-stop’s market-leading innovation in design offers improved usability, ergonomics and capacity for those shooting in the harshest conditions.

The development of the new Mountain Series products has been achieved through the implementation of the latest material technology and significant field-testing with members of f-stop’s Global Icon’s program.

To learn more about the new Mountain Series, head over to the F-Stop Gear website.

Peter McKinnon in the Alps to Shoot Porsches

Life on the Road: The Realities of Traveling While Working as a Filmmaker and Photographer