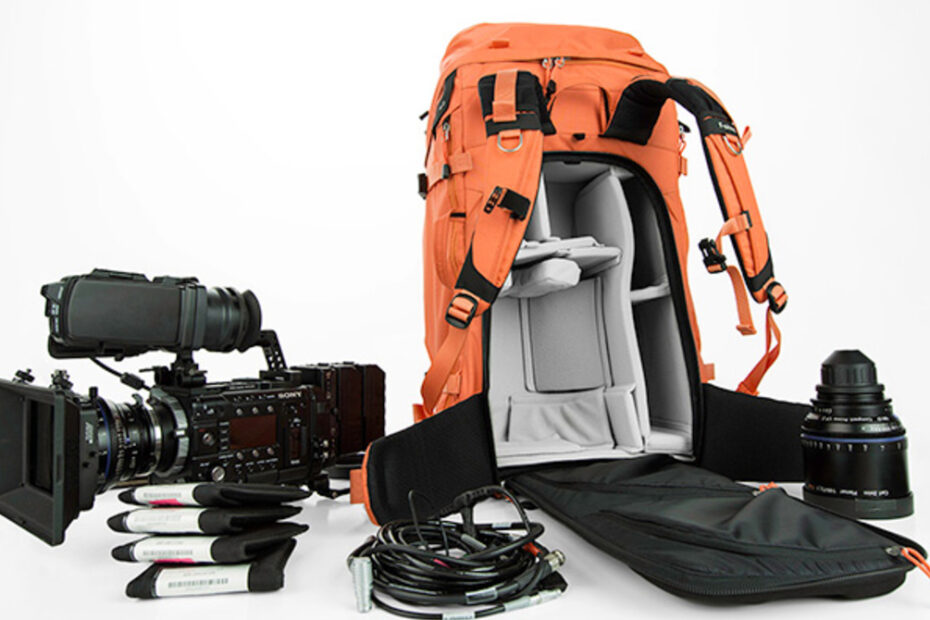 Known for their well-built camera backpacks that cater to photographers and videographers who take their kit on outdoor adventures, F-Stop Gear is unveiling the “Shinn,” a backpack that has an impressive 80 liter capacity. Made specifically for cinematographers with large camera kits, it’s been field tested on expeditions around the world, and is now ready to be made available for everyone else.

This bit of text pulled from the press release on the Shinn sums it up well:

If you follow National Geographic or reknowned artist/adventurer Renan Ozturk, you might have been following reports from an expedition to Myanmar. He and a large team avoided deadly snakes while hiking through jungles and gorges, with a goal of summiting a 5,800 meter peak. The F-Stop Gear Shinn was one of their bags that was able to carry their heavy loads for miles. (Look in the bottom left hand corner)

The Shinn also played a support role during recent production of the sequel to “Art of Flight,” by Brain Farm Cinema.

I for one, cannot wait to check one of these bags out. The Loka and other Mountain series bags are top of the line backpacks, and I’m almost positve the Shinn will follow suit. The Shinn is available for pre-order now, with a price of $699 that will include free worldwide shipping.

Below is the full press release rundow on this pack, highlighting its standout features.

Designed specifically for large motion picture camera systems, the Shinn measures in at 80L and developed with the largest ICU we have ever created – the Master Cine. With a heavier load in mind, the Shinn’s suspension system retains the ergonomics and comfort f-stop Mountain Series bags are known for, all in a package optimized for film makers taking their gear off the beaten path. At the requests of film-makers and long lens shooters needing a larger option, the Shinn is our specialized solution that allows the ability to carry prebuilt system such as a RED Dragon on rails with attached lens and matte box.

Storage:
Throughout the bag are a range of different sized pockets and sleeves. Side zipper compartments are perfect for cables and rails up to 18 inches while front and top lid storage provides ample quick access storage for a variety of gear.

Materials:
The Shinn incorporates new materials providing optimal element protection in the most foul of wild weather storms. 420D Nylon has a water repellent coating on the surface and an inside laminated TPU layer giving the actual material true waterproofing characteristics. The laminated film layer provides an impenetrable layer that resists water, sand, and dirt while increasing the durability of the bag altogether.

Build and Comfort:
In addition to being able to carry larger, heavier gear, the Shin was developed to be stable and comfortable. To better support the load the Shinn will likely haul, the shell utilizes an internal frame and full size suspension system for optimal weight distribution. Wide thermoformed EVA foam straps and hip belt with load lifter adjustment enable a fine tunable fit while reducing fatigue after an extended trek.

Master Series Cinema ICU:
The Shinn is fully compatible with our existing ICUs allowing perfect balance of gear and non-camera related essentials. In addition to our Pro, Shallow, and Sloped ICUs, the Shinn is designed to work with the deeper and wider Master Series Cine ICU. The Master Cine is specifically proportioned to take railed and handled cameras including the Sony F5/F55 and ARRI Alexa. Dual access from the top and rear giving users added configurability and top draw capabilities for long lens still shooters.