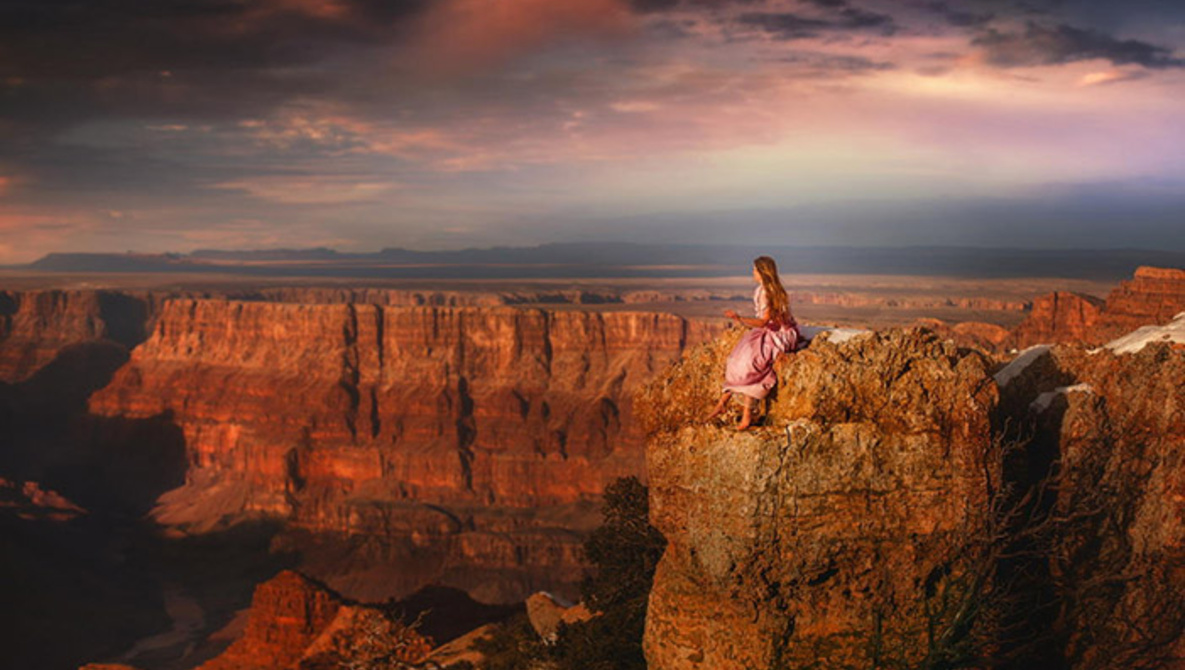 Think for a moment about the Tolkien-inspired visions flashing though the mind of Robert Plant as he penned the mystical lyrics to “Ramble On.” Vast landscapes with wandering figures, uncertain of their destination, but driven by their journey. Now get ready to scroll down and get the same feeling.

Photographer and model couple TJ Drysdale and Victoria Yore have been traveling the globe together creating wanderlust-inspiring portraits that seem to be torn from the pages of tales about Middle Earth – or any other fantasy world you may fancy the most.

Despite the emotion present in the images from “Follow Me Away,” Yore says creativity has driven the project more than romance.

“Honestly, the fact that we are dating really doesn’t play into our work at all! From the very beginning, with absolutely no feelings involved, we always worked together very well as a creative team,” she said. “The photography is inspired by our surroundings and by nature. The travel is inspired by our wanderlust and need to get out there and explore the earth.”

Being in a close relationship and working together with such regularity has allowed the pair to produce work at a rapid rate.

“A photographer should never even suggest that a model should push herself and do that 4th shoot of the day in Iceland in the winter,” Yore said, explaining the challenges of working with her partner. “But, being a creative couple, this type of convincing is almost second nature.”

Conversely, always having someone nearby who is willing and driven to create can be a huge positive, she added.

As the photos have gained popularity across the web, the couple has had to explain away accusations of the images being over-produced or composites. Yore says the photos are much more spontaneous than they might appear.

“When we say our photos aren’t staged, we mean that no pre-planning goes into them at all,” she explained. “Our photos are no more staged than a mother telling her children to run in front of that mountain and smile for a photo. Many people don’t believe us when we say the images aren’t staged, but it is the truth!”

The two primarily use a Sony A99 and off-brand lenses, she added.

All photos used with permission of TJ Drysdale and Victoria Yore.