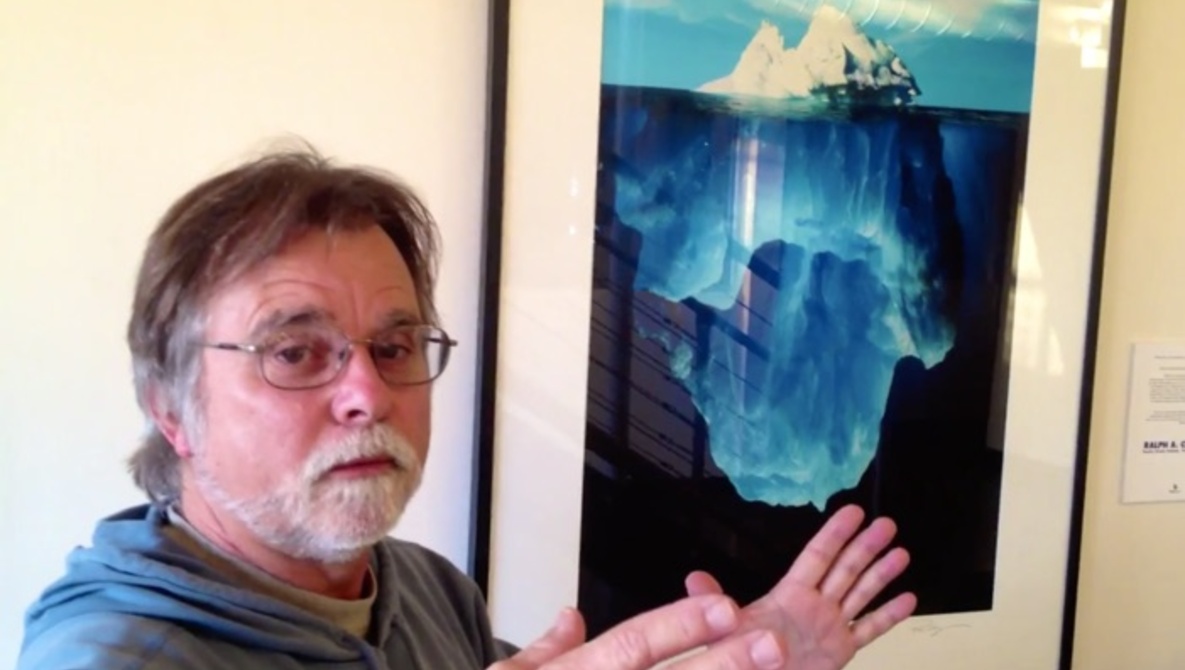 It’s a photo so ubiquitous that if you type “iceberg photo” into Google, it’s the first two image results. And the sixth. And the tenth. Ralph Clevenger’s iconic photo of an iceberg’s tip peeking out from the water while the substantial body of it remains below has graced countless publications, from full-page magazine advertisements commissioned by major corporations to the ever-famous “Imagination” motivational poster. It’s a photo that is so famous that it’s been copied, stolen, manipulated, parodied, and imitated an innumerable number of times over its nearly twenty-year existence. It’s even made rounds on the internet as a hoax that Snopes picked up.

And it’s not real. Okay, I’m exaggerating. It is a real photo, obviously, but it is heavily manipulated. In fact, it is a composite of four medium format slides that were taken in entirely different places around the globe and then were developed, scanned, and formed into a composite in Photoshop 5. This was 1998, after all.

Of course, Clevenger intended the piece to be art from the beginning, never claiming it was an unmanipulated picture. He continues:

All of my composite work is done so you don’t really think about that it’s a composite. So, I’m trying to recreate things that I’ve seen or that I want to see that I can’t photograph — doesn’t exist — the technology, can’t do it with lenses or whatever it is. But more importantly, it’s coming up with the idea, the concept, of how to make a composite real for people, rather than just a montage of a bunch of different pictures put together, you know, and so I think you have to get past the technology. People have to look at it and go: ‘gosh, it’s absolutely beautiful. I saw it that way but I’ve never seen a picture like that.’

I always love seeing an artist explain their work in their own words and it begs to bring up the timeless argument regularly rearing its head during the current film photography resurgence: “at what point does manipulation make it no longer a photograph?” Maybe the more poignant question would be: “is this photo lying to me?”

All photographs are accurate. None of them is the truth.

A composite is no exception. All photos are the reality we want them to be. Who cares how you get there? The end result is what matters, and $900,000 is a pretty good result.

Ralph Clevenger is a senior faculty member at the Brooks Institute of Photography and an award-winning eco-travel, wildlife, undersea, and environmental portrait photographer. You can visit his website here and follow him on Facebook and Instagram.

‘Whispering Iceland’ – Further Proof that Iceland is Disneyland for Photographers