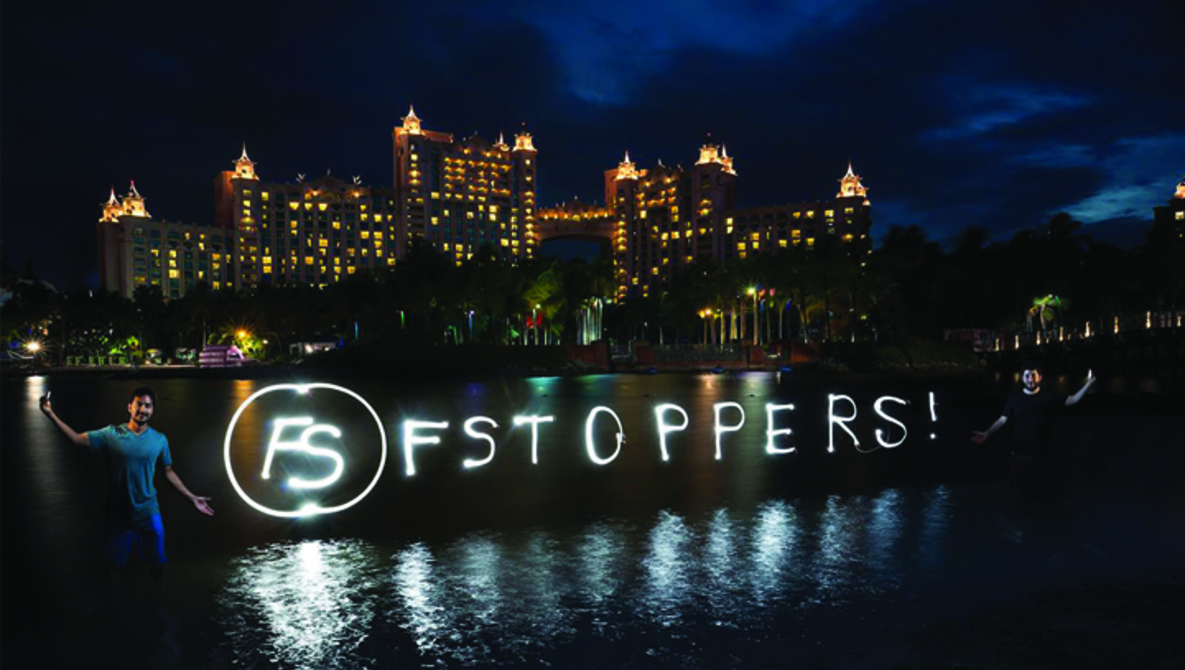 Fstoppers Atlantis: The Most Fulfilling Experience Of My Life So Far

I’ve had some pretty amazing experiences in my life. Fstoppers.com has given me incredible opportunities like meeting Bon Jovi, or riding in the first Lamborghini Aventador in America. Our international workshop last week took a year of planning and insane amounts of stress. On top of it all, I had the flu during the entire week. Even still, last week was the most rewarding week of my life.

We created Fstoppers.com over four years ago. Since then we have constantly been asked to throw a live event. Most people have asked us to host a workshop in Charleston, SC (where we are located) but we were never really interested in doing that. Yes, we could create another event in Las Vegas or New York but there are already so many photography workshops/expos in those locations. About two years ago we started casually looking for exotic locations to host a photography workshop. We flew to four islands south of Florida but none of these islands had hotels or resorts big enough to teach multiple photography classes at once. We began to think there simply wasn’t a location in paradise that could accommodate our hybrid workshop/vacation idea.

Finding a venue
A year ago we started once again casually looking for a venue for our workshop. We became accustom to hotels telling us that they were not big enough to hold our group, and many of them never even returned our calls. Going down the list of islands we got to Nassau and my assistant left a message with the Atlantis Resort. At the time, I had no idea what Atlantis was even though I had actually been to Nassau before. A sales rep for the resort called me the next day and invited us down for a 3-day tour of the property. The trip was amazing. They put us up in one of the nicest hotel rooms of my life and paid for everything including some of the best food I’ve ever had, a dolphin experience, and of course access to the water park. Atlantis really did have something for everyone and with their huge conference hall it was big enough to hold all the private classes we were planning. Because of all of these amenities, the Atlantis Resort in the Bahamas was our best option.

Besides the standard parties we throw in NYC, we are not event planners. Atlantis wanted us to sign a contract stating that we were responsible for at least 450 room nights which was around $100,000. If we couldn’t sell those rooms, or if the event was cancelled, we still owed the money. I’ve never taken a $100,000 bet before and let me tell you, it was pretty scary.

Now that we had $100,000 of our own personal money on the line, it was time to get serious about nuts and bolts of this event. The most important aspect of any photography workshop are the instructors, and so we had to align our dream team. We have been close with Peter Hurley for years and we knew he would be a part of the event before we even decided on the location. When he heard we were having it at Atlantis he was thrilled because he and his wife had visited Atlantis while they were dating.

Next up I called my buddy Pye Jirsa, the owner of SLRLounge.com and the wildly successful wedding photography studio, Lin and Jirsa. Pye had never taught a wedding photography workshop before and he wasn’t very excited about the idea. Pye was afraid that he wouldn’t be able to sell out his class, he wouldn’t do a good job, or he would be needed in the office. I finally convinced/forced Pye to agree and we added him to the list. Ironically Pye’s classes were the most successful of the entire event.

We had the venue, we had the instructors, now we needed the students. The first priority was to build the website. As with most websites, but especially this one, it was far more complicated than we ever imagined. A few months and thousands of dollars later we were finally able to begin selling workshops.

More complicated than we expected
I assume that most of you have never had to manage 10 ultra successful photographers before. Let me tell you it’s not easy. During the nine month planning period there was not a single time that each of the 10 instructors were in the United States. Everyone had their own projects going on and getting them to do things as simple as send over a bio picture or write a workshop description proved to be almost impossible. Even once we made it down to Atlantis there wasn’t a single moment where all 10 instructors were in the same room at once.

Broncolor, Profoto, Chimera, and B&H jumped on board to help us get gear down to the Bahamas. There were endless costs, fees, taxes, and misunderstandings but in the end everyone, especially Broncolor, helped us get hundreds of thousands of dollars in gear shipped to the island for the event.

By the time the event rolled around, 14 of us had put a year of planning into the event. At this point about 115 students had signed up and most of the biggest workshops had sold out. When we arrived at the airport in Nassau, Patrick and I looked at each other and laughed with excitement and fear that this was actually about to happen.

It’s finally time
We arrived to Atlantis on Sunday, three days before the event was to begin on Wednesday. Somehow Atlantis didn’t have us flying in until the next day, and we didn’t have a place to sleep. Luckily they could see that we were the owners of the Fstoppers event and they quickly found rooms for us. For the next two days we ironed out every detail we could before our event. On Tuesday we met up with about six of the workshop attendees and we all hit the water park. Every single attendee I met that day was from a different country, and none of them were American. This workshop was shaping up to be much more international in nature than we had expected.

Tuesday night before the event my throat started hurting. Then my stomach started hurting. Then I started getting body aches and chills. I didn’t sleep at all that night, and I had to be up at 6:30am to make sure everything was in order for the first day of classes. I ended up having the flu and it lasted the entire event. I’m actually still sick 15 days later.

Wednesday morning I felt terrible but I met every attendee that I could during the event check-in. I was amazed by the diversity in our attendees. Men and women, young and old, and from countries scattered across the globe. Wednesday night we threw the opening party at an incredible venue surrounded by a massive aquarium. This was the first time that it really hit me that this event was actually happening. Around 150 people all in the same room from around the world were all here to experience this event! Even Patrick Hall’s parents and sister (who are not photographers) came down to be a part of it. Many of the Fstoppers’ writers whom we employ, but I have not met in person, were there. My girlfriend had flown in from NYC to be there as well. It was an incredible night with so many of my close friends and so many new, like-minded people to meet. The opening party at Fathoms was a short 2 hour event that I will never forget.

The event continued for the next four days and I tried to drop in to every class at least once. We ate, drank, laughed, gambled, and even skinny dipped with the students and instructors during the week. On Friday morning we had each of the instructors speak for 15-20 minutes and we provided lunch for everyone. That afternoon I went back to the water-park with a group while Peter Hurley (who was an Olympic sailor) took 50 attendees sailing on two massive racing sailboats.

Sunday night, the final night of the event, we invited anyone who was interested to come out to eat at the Mosaic buffet. It was a special moment to get to see everyone one final time and say goodbye. Even on Sunday I felt terrible but at the same time I was having so much fun. I love photography but my experience had almost nothing to do with photography. My experience had to do with the people. There is a certain type of experience you can only have when a bunch of strangers are brought together for an extended period of time. For those of you who have ever attended summer camp, you know what I’m talking about. Although I’d love to say that this event was the most rewarding event of my life because everyone learned about photography, I can’t. This event was the most fulfilling experience of my life because of the people. I feel like I was able to go back to summer camp as an adult, something I never thought I would be able to do. Planning something this big outside of the country was difficult but that’s part of the reason it was so gratifying to pull it off.

I’ve worked on some big projects before but nothing compares to this event. It was stressful and risky, and after we’ve added up the costs of our flights, hotel rooms, food, rentals, shipping, insurance, and parties, we realized that we didn’t make any money. We basically broke even.

During the planning stages we kept telling ourselves that this would be an incredible life experience but it wouldn’t be worth doing again. It’s far too much work and risk to produce something that doesn’t make any profit. I’m excited to say that after the event my opinion has changed. Every attendee I asked said they wanted us to do it again next year and I’m pleased to announce that we will give it another shot. Yes, it’s extremely difficult to plan, and no, Fstoppers may not make much money (if any) but I can’t wait until next year. We’re going to do everything we can to make it even better.