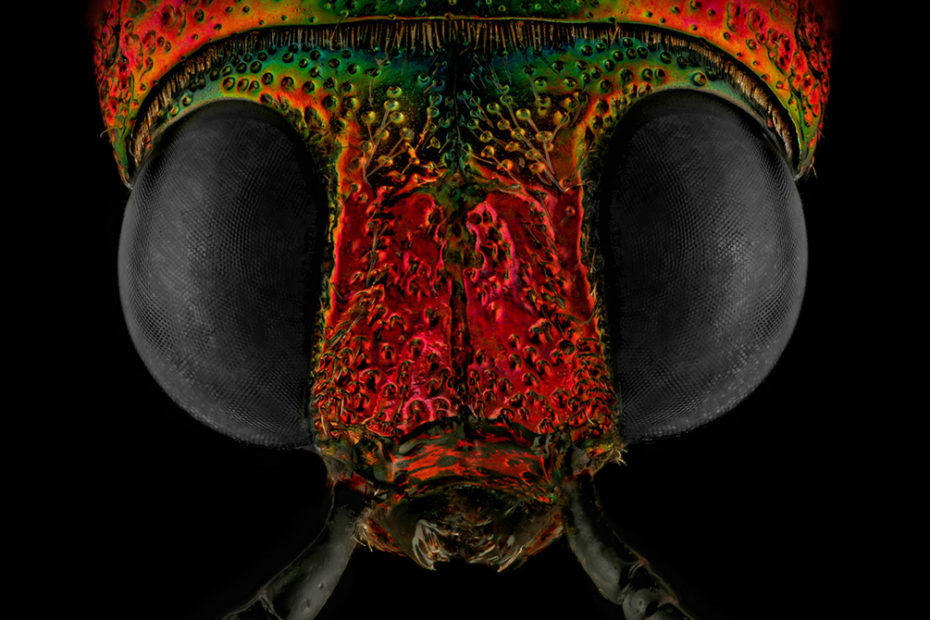 Terrified of creepy crawlies he may be, but Mofeed Abu-Shalwa has committed his career to photographing and researching tiny creatures. I interviewed him to find out more about his incredible, jewel-like, and award-winning photographs — and how he got over his fear.

Mofeed is 35 years old and a graduate of the Technical College of Management. He is a scientific researcher and a professional photographer, specializing in macro and microphotography. Winner of more than 147 international awards, his photographs span the rainforests of Indonesia and Malaysia and the forests of Austria and Papua New Guinea.

Why Specialize in Photographing Insects?

Mofeed told me his phobia began as a child. It grew ever stronger as his classmates used to bring insects into school, knowing he was scared of them, and throw the little creatures at him as a joke. His fear intensified until Mofeed eventually decided to focus on small worlds’ photography in order to break this phobia. He’s come to respect insects enormously, telling me that insects were “the first creatures that appeared on Earth, 435 million years ago.” 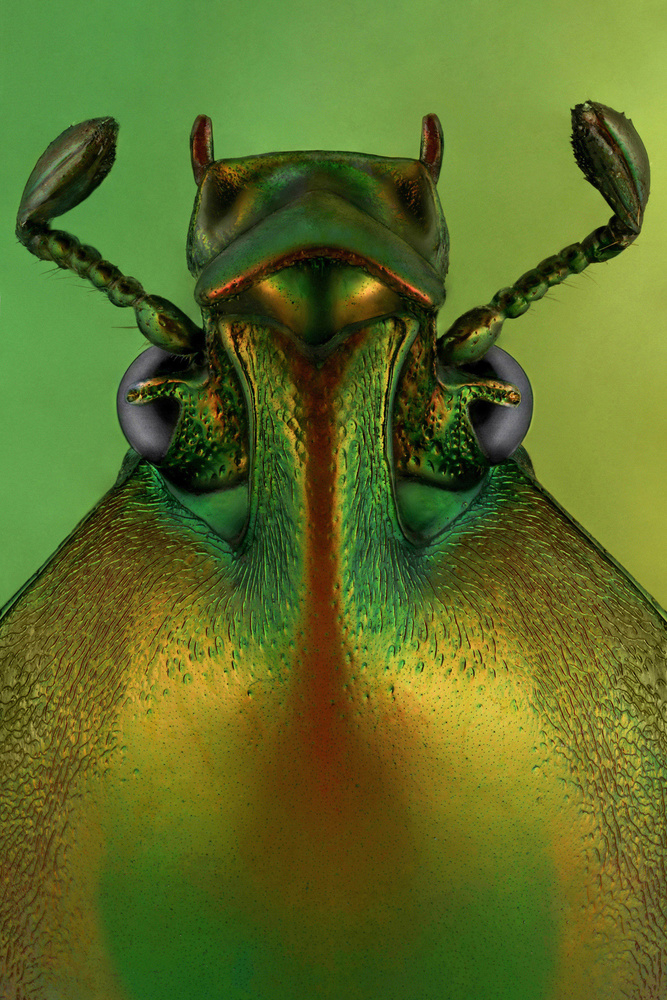 Phaedimus is a genus of beetles belonging to the family Scarabaeidae, subfamily Cetoniinae. Medium sized (20-30 millimeters), slightly oblong, more or less metallic coloured gold bases. Males have horn-like protrusions on both the head and pronotum, which can be quite long in some species.

His affinity with insects is now quite remarkable. He describes how when he walks around, he finds himself wondering about the insects beneath his feet: “What is happening now for these hidden worlds? What is the behavior of these creatures? How do they communicate? Do they have a language to communicate with each other as we humans have?” I love this idea of a hidden world, waiting to be studied and explored.

Mofeed also hoped to send a message through his photos about the beauty and tiny details that can only be seen using camera lenses. He’s certainly been successful with this: the photographs show astonishing beauty and have definitely made me rethink the world of creepy crawlies. The photographs are so stunning; I’d gladly have one framed on my wall! 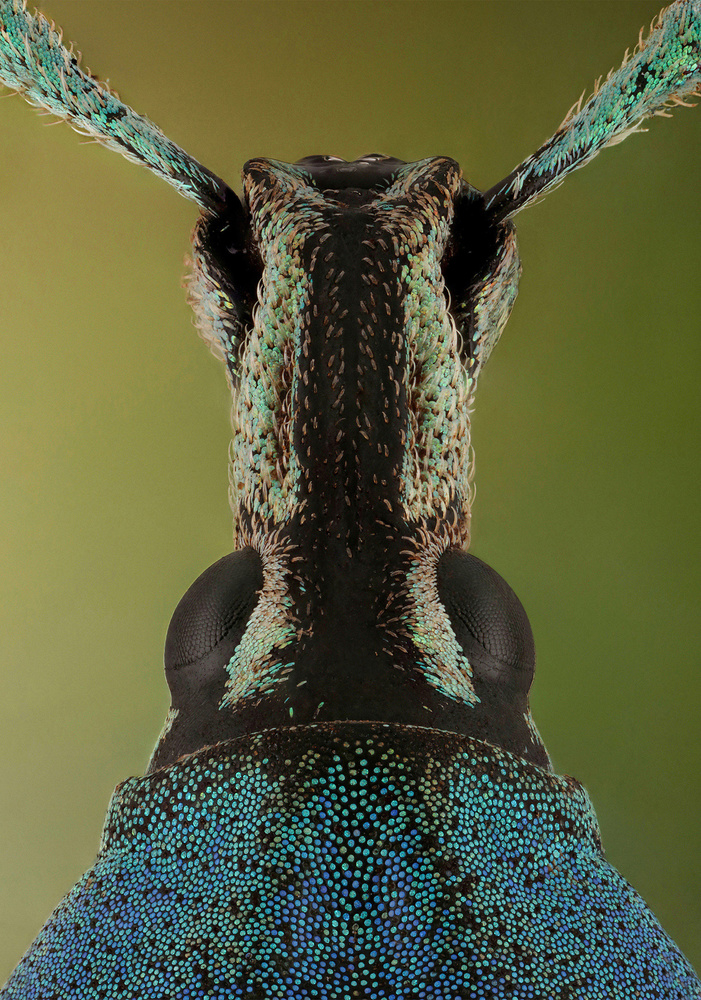 Eupholus is a genus of beetle in the Curculionidae family. The genus includes some of the most colourful weevils. The colour may serve as a warning to predators that they taste terrible. Most feed on yam leaves, some of which are toxic to other animals. Found on New Guinea and adjacent islands.

Mofeed was also attracted by the technical challenge. He explains: “the other thing is its difficulty, for many nature photographers I met throughout my career have tried it but didn’t succeed.” And master the technical challenge he did! The colors and detail are incredibly beautiful, and the lighting and compositions are so elegant.

Mofeed finds beetles fascinating, in particular, a large group of scarab beetles and jewel beetles. Need convincing of the importance of beetles? Here’s a remarkable fact that Mofeed shared with me:

Some scientists think that the modern beetle appeared 140 million years ago, but modern research published in 2007 show that they existed back in the Permian period in Paleozoic era, or 265 to 300 million years ago.

Mofeed went on to tell me that beetles are the highest rank of insects, meaning that 40% of insects are beetles. They are the most studied and sorted in the animal kingdom.

During his research, Mofeed wrote many articles connecting the secrets of the pharaohs to the holy Scarab beetle. He explains that “they used Scarab beetle for general purposes, and beetles were used in cylinder seals and seal buttons and used as jewelry for rings and necklaces.”

As well as their historical significance, Mofeed is also attracted to photographing beetles, because some of them are now threatened with extinction. Because of their iridescent and shiny colors, jewel beetles have been over-collected for use in decoration and jewelry.

It’s amazing to think of beetles being such a historical creature, written about in ancient texts and used as jewelry over the ages. 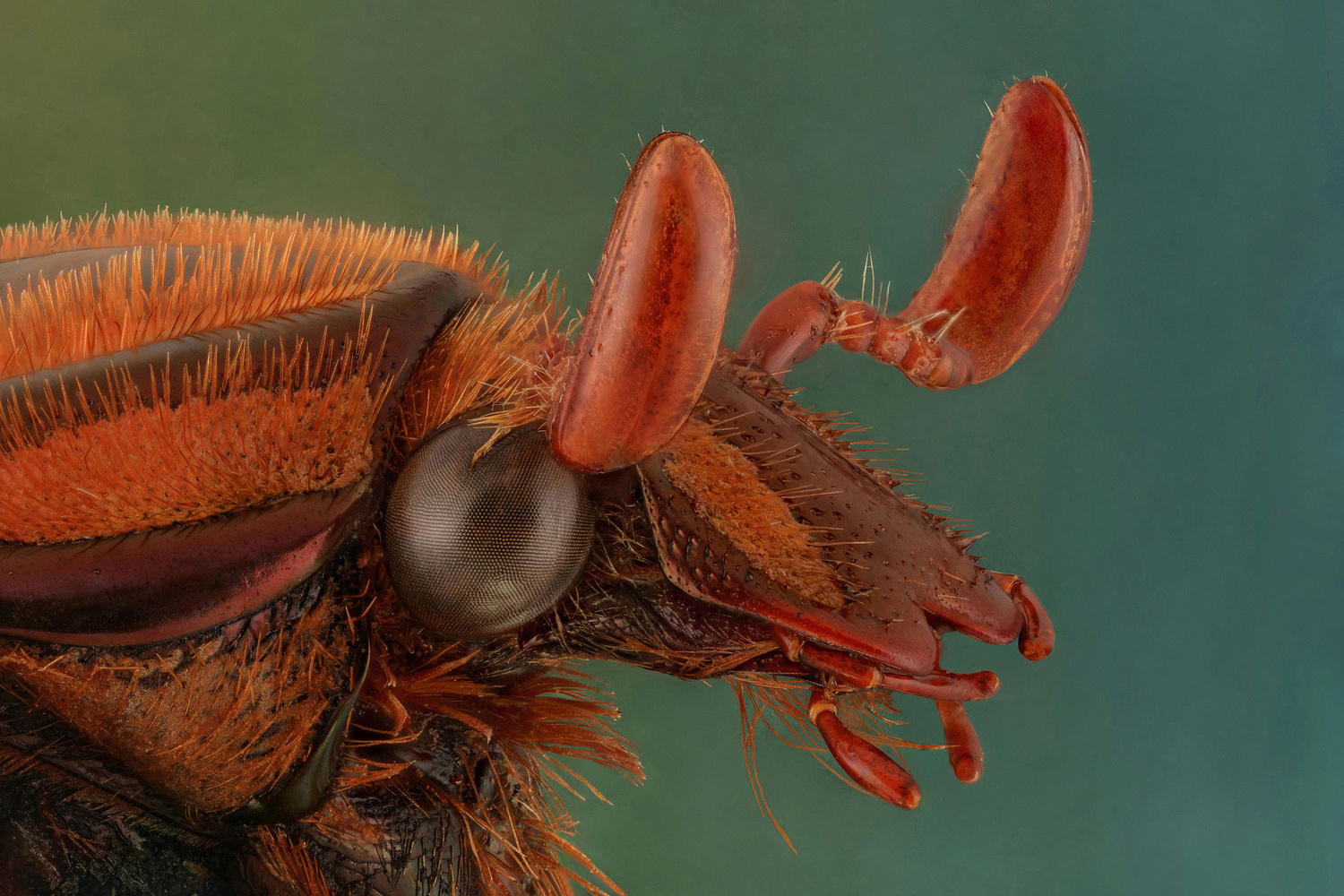 Getting Started With Macro Photography

Before beginning to photograph any insects, Mofeed spent time learning about the insects. He says: “knowing the creature that you are about to photograph and its behavior (whether it was harmful or beneficial to the environment or humans) is considered one of the challenging factors in macro photography.” The advice to know something about your subject before photographing it applies to so many fields of photography — a great tip that helps to improve so much of photography! From my own experience as a family photographer, I know full well that really understanding children and their moods are invaluable in taking great photographs of them. Know your subject! 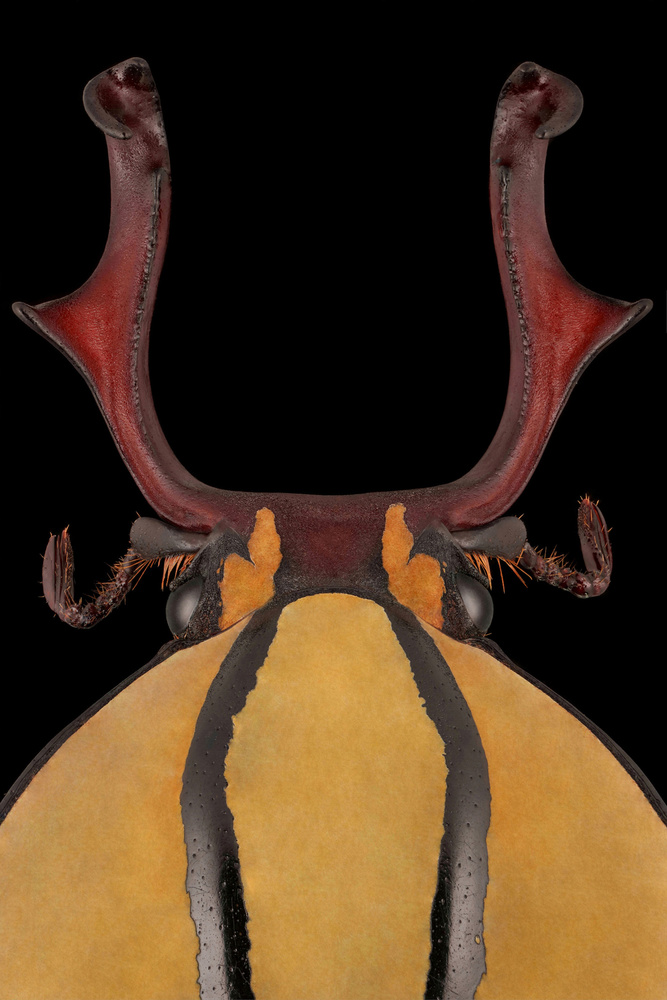 I wondered where one would start, physically, with photographing insects. Mofeed told me: “I started in the surrounding environment of my house. I live in a small village surrounded by an oasis of gardens. It is very rich in wildlife and has a wide variety of small worlds. Some of them are undiscovered, and that is due to the scarcity of this specialty in the Arab region.” It must be an amazing experience to photograph animals that haven’t even been identified and documented yet. Oh, to live somewhere exotic — the streets of London wouldn’t present such amazing moments, I suspect! 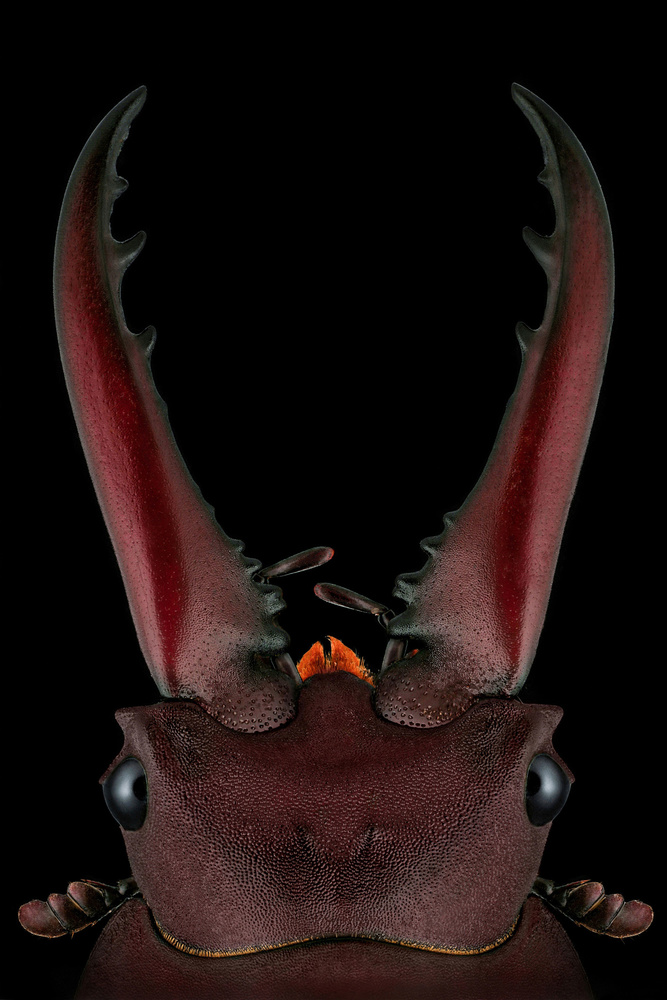 Prosopocoilus astacoides beetle. Cyclommatus is a genus of the Lucanidae family, also known as the stag beetle. The chief distinguishing characteristics of this genus are its impressive mandibles, which can sometimes be as long as its body, as well as its lustrous metallic exoskeleton.

Photographing wildlife in extreme conditions poses many challenges. Mofeed described a challenging situation when a scorpion bit him during a trip to the French forest “Hot Loire”: “I got close to the scorpion, which was feeding on a bug. When I tried to remove it with a branch, it immediately attacked me. My friend, who was a specialist from the same region, gave me the required vaccine to avoid any trauma after the injury.” Continuing to photograph insects despite having a phobia of them and receiving dangerous bites is commendable — hats off to the man. 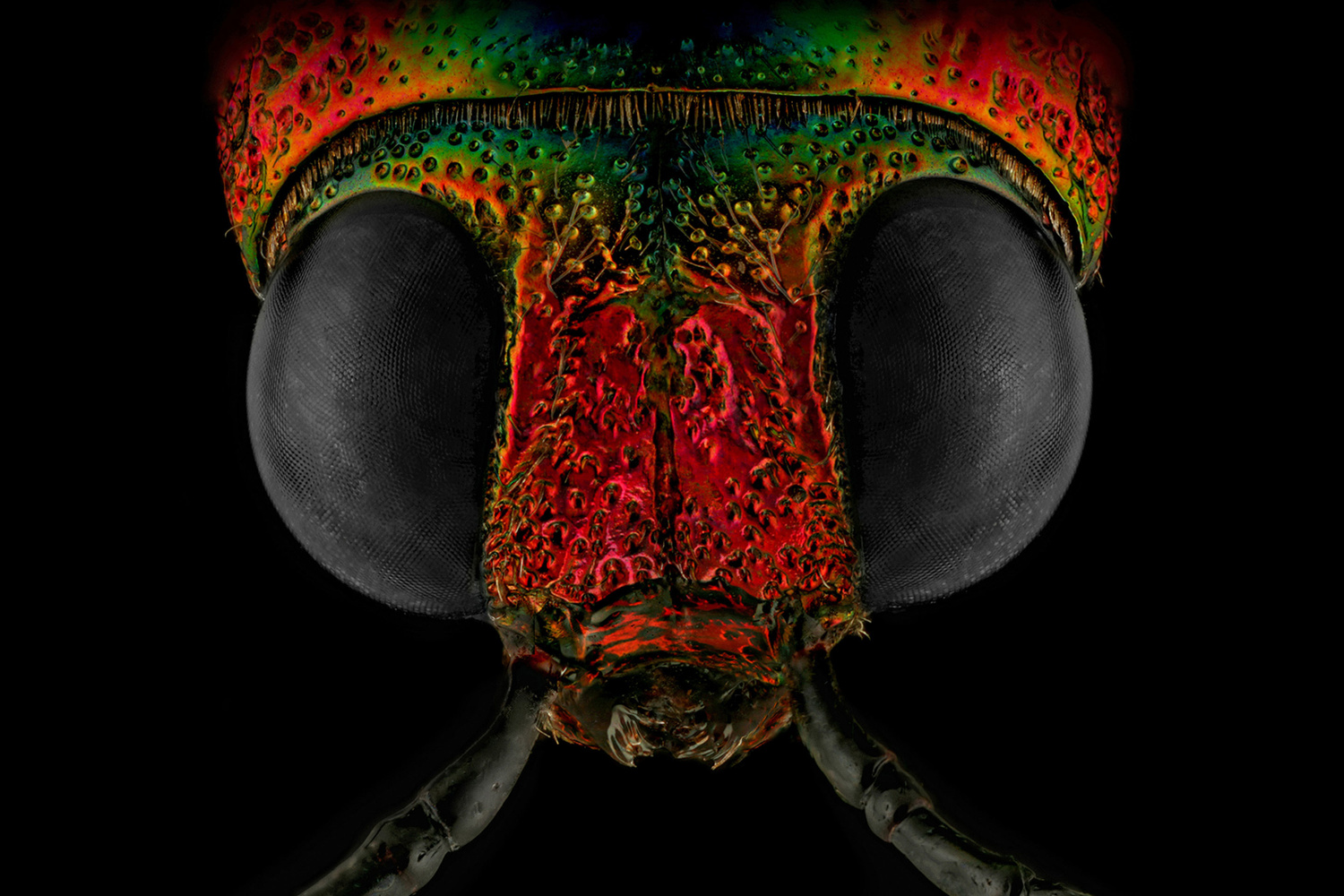 The jewel beetle: Chrysochroa Toulgoeti. Also called “pure,” with its bright, vibrant coat, it is one of the world’s most colorful insects. A female beetle lays its eggs in dead branches to protect them from predators. 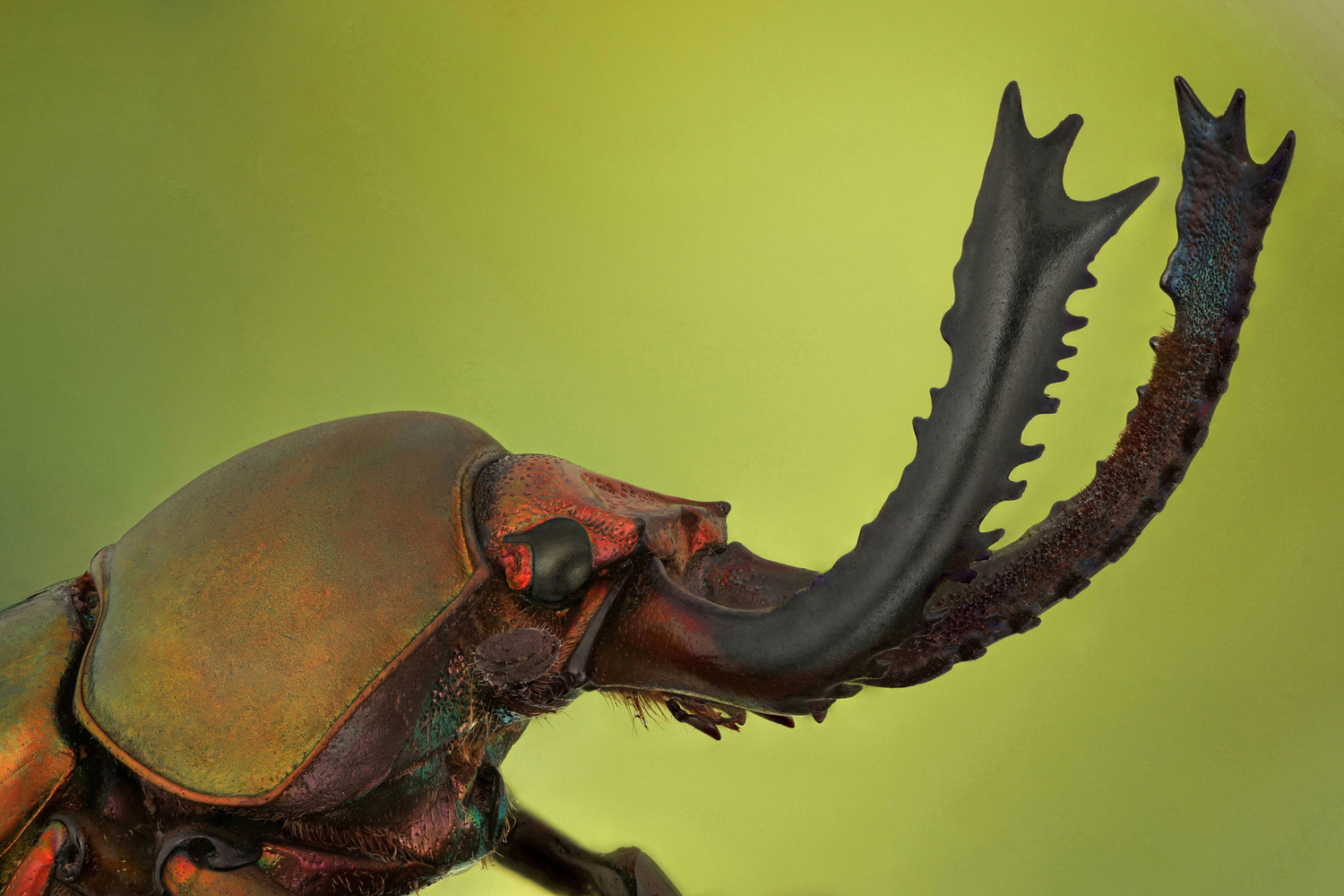 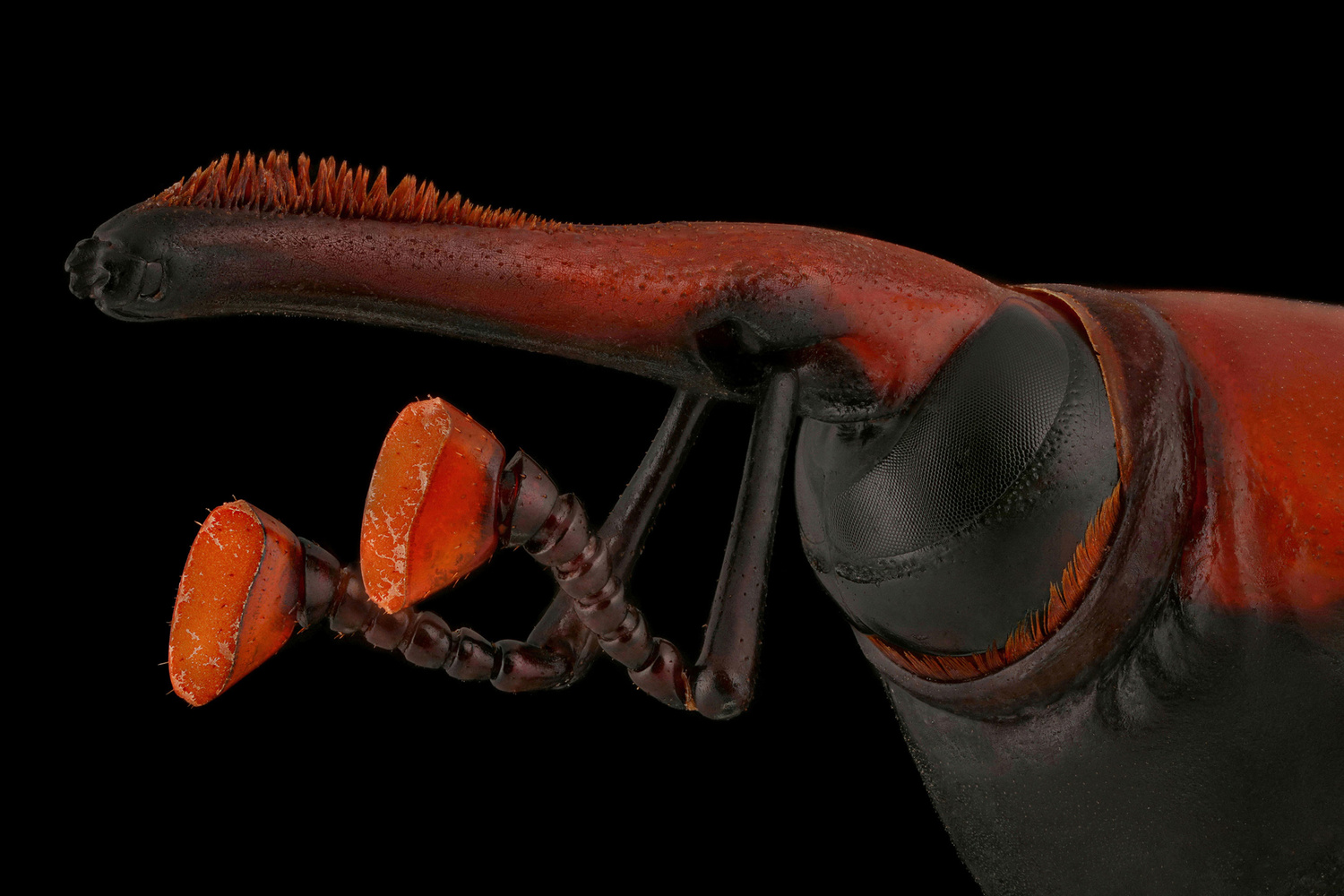 Red palm weevil. This work received 23 international awards, including the Maria Luisa Prize. The palm weevil is a rusty red colour. Weevil larvae can excavate holes in the trunk of a palm trees up to a meter long, thereby weakening and eventually killing the host plant. 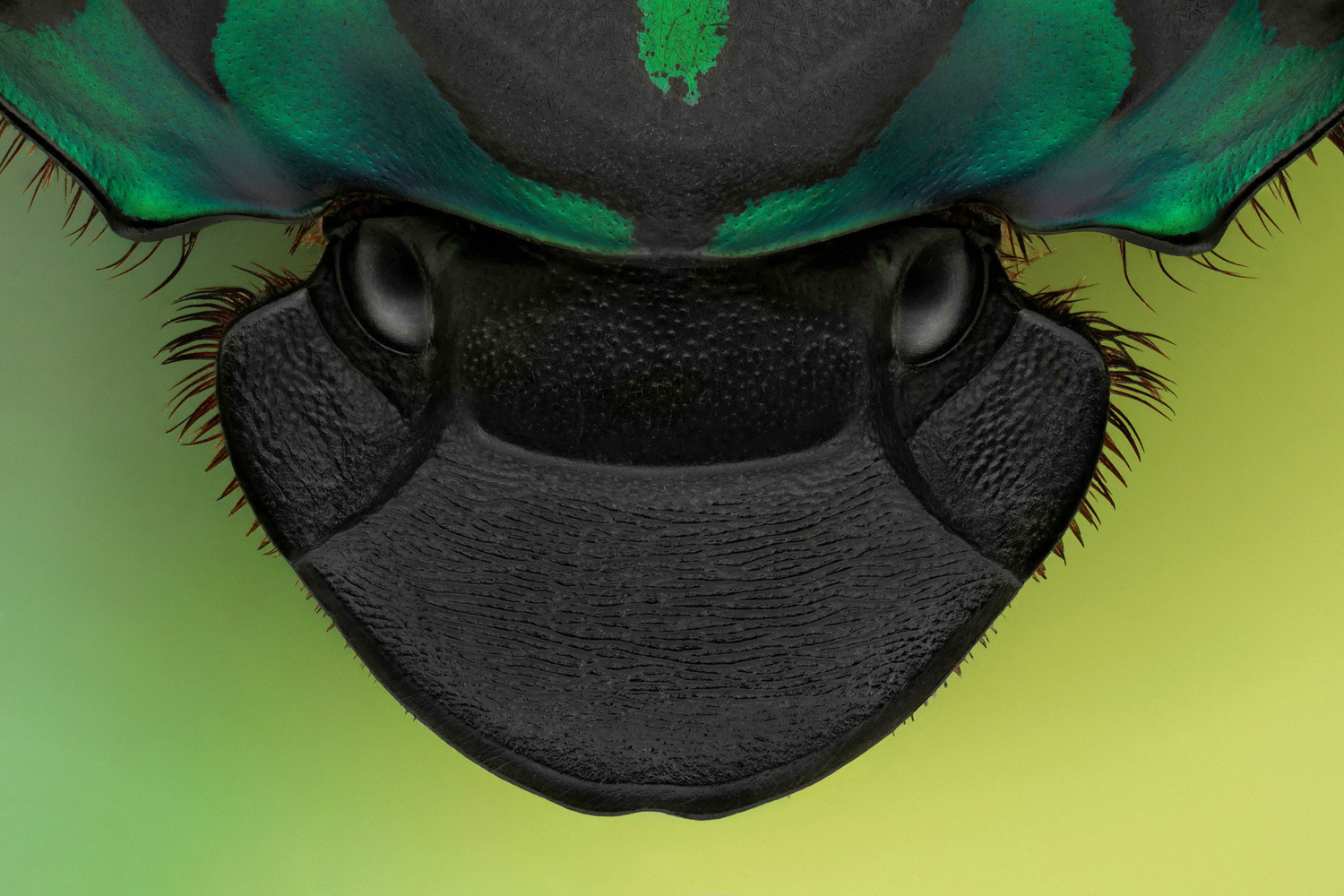 Oxysternon conspicillatum. A species of dung beetle. It is widespread in both evergreen and deciduous forests of Central America and northern South America, and generally sticks to lowland, dry tropical, and bamboo forests. The larvae feed on fungi and decaying organic matter. 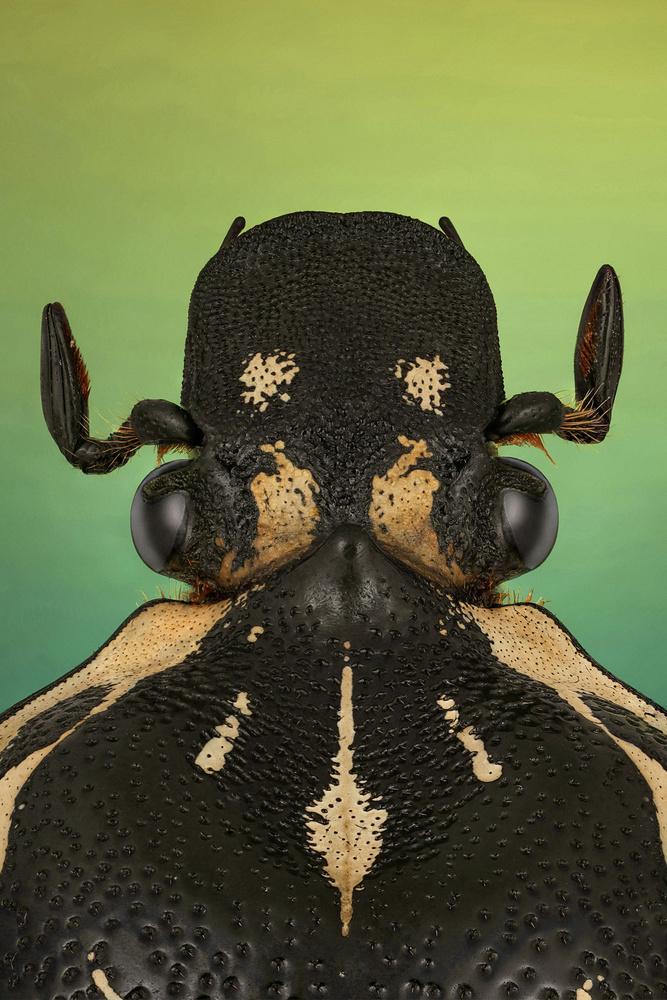 Goliathus orientalis. One of the largest species of the genus Goliathus, with a body length of about 50–100 millimeters (2.0–3.9 in) in males, 50–65 millimeters (2.0–2.6 in) in females. Goliath beetles are among the largest insects on Earth if measured in terms of size, bulk, and weight.

I hope you’ve enjoyed looking through these insect photographs. It’s been fascinating finding out more about them.

Could you ever photograph something you were scared of? Have you done so, in fact?