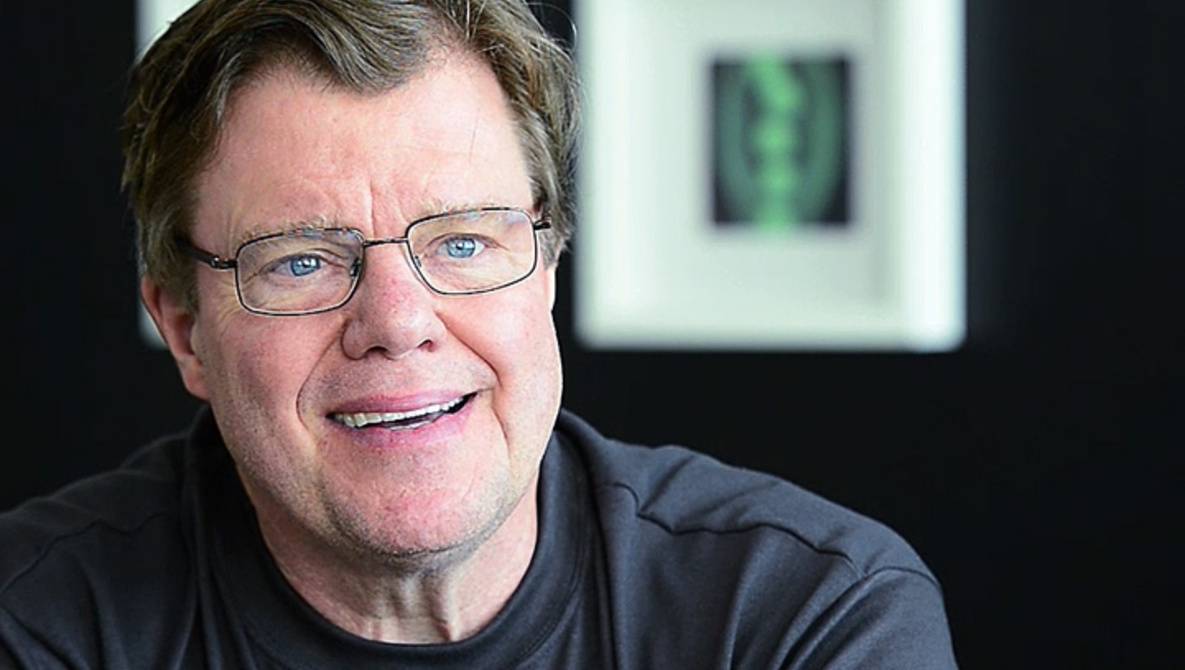 This year Patrick and I were invited to Gulf Photo Plus in Dubai to film a behind the scenes look of what it’s really like to go to this exotic workshop. The experience itself was one of the highlights of my life but the most memorable moment for me was the few minutes I had with each of the instructors. I decided to interview them about the pitfalls of their careers and what it takes to become successful as a photographer.

Each of the instructors had a different schedule and we didn’t travel with any lighting gear so we were forced to get creative. We were all staying at a nearby Holiday Inn Express and we ended up deciding to film this in the lobby and dining area. As each of the instructors came down and ate breakfast we would grab them for a quick 20 minute interview. We positioned each of the instructors with a large window camera right and then set up a B camera which captured a silhouette of each of them in front of those windows. At times you can hear the clanking of dishes being put away or the conversations of other people eating breakfast at a table near by. We filmed everything with (2) Nikon D800s, (2) Tamron 24-70mm and a Sennheiser g3. The situation was not ideal but we made it work.

At this point in my life I have a big interest in what it takes to become successful, not just in photography, but successful in general. The more I meet hugely successful people in their field the more I realize that they have many things in common. I wanted to hear from each of these photographers about the beginning of their careers. Did they struggle like all of us? What did they do to go from being a struggling photographer to the great success that they are today?

The first photographer we interviewed was Zack Arias. I’ve had the pleasure of meeting Zack before and it allowed me to feel comfortable asking more personal questions about his business. Zack was very open about the failures in the beginning of his career. He explained that instead of focusing on taking quality pictures he wasn’t applying himself and he became obsessed with the gear itself. It wasn’t until he lost everything that he was able to see clearly. I loved Zack’s bare bones advice about cutting expenses to the bone and living as cheaply as you can now so that you can have the career of your dreams later.

The next instructor to finish his breakfast was John Keatley. I’m embarrassed to say that I had never heard of John before GPP but after sitting through one of his classes I became a big fan. John’s career started out like mine; he was a wedding photographer. One day John decided that he had lost interest in weddings and completely deleted his wedding website and started a commercial portrait business from scratch. John’s commercial work is world class and if you go to his website I’m sure you’ll see some images that you recognize. I spoke to John about the risk of stopping a successful business (his wedding photography) to completely change directions, something I personally would have never had the courage to do. John simply said that you have to do what makes you happy, even if that means losing money.

Joe McNally was next. I’ve been following Joe’s work since I picked up a camera in college but this was the first time I had ever met Joe in person. I didn’t ask Joe very many specific questions. Instead I just asked him about what his career was like when he first got started. It was inspiring to hear that Joe had been through many of the same pitfalls that I had in my career. Joe’s humble attitude and honesty is something that I will never forget.

At this point breakfast was ending and the sound of plates and silverware clanking was ruining our audio. Peter Hurley was the next in line to be interviewed and we decided to move his interview to the lobby. I’ve been close with Peter for years now, especially after the filming of The Art Behind The Headshot. I decided to ask Peter a few questions about successful people that he knows outside of the photography industry. One story that Peter told that got cut from the final video will always stick with me. Peter explained that when he was sailing for the US Olympics, everyone on his team was extremely motivated. After the Olympics every single team member became successful at the next career they attempted. Peter believed that success didn’t come from natural talent but rather dedication to your craft.

Scott Hargis sat down next. Scott had been featured on Fstoppers at least once before for his architectural photography but this was the first time I had ever met him. Our talk focused on exactly what he did to take his average photography business to the level it’s at today. I was most impressed that Scott says that he still cold calls clients. If he wants to shoot for someone, he doesn’t wait around. He’ll do whatever it takes to make a connection.

Next I interviewed David Burnett. Being a photogjournalist David had a very different outlook compared to all of the portrait photographers before him. David believed that hard work was the foundation of success. When it came to ultra successful photographers, David said that it had everything to do with creating a unique style. Basically, if someone can see an image and know that you took it, you are well on your way to success in the photography world.

My next interview was with Greg Heisler. Greg has shot over 70 Time Magazine covers at this point and I can remember studying him in my college photography class. Just like McNally, Greg’s humility and kindness is something I will never forget. Greg was quick to tell us about his biggest regrets, many of which simply had to do with keeping better contact with people. Like Bernett, Greg believed that most photographers fail simply because they don’t try hard enough. Greg explained that if you really love something, you should want to do it more than anything else.

At this point Patrick and I packed up our gear and headed over to the GPP headquarters to see if we could find any other available instructors. David Hobby was just finishing up a class and so we stepped outside for a quick interview. When I first became a professional photographer Hobby’s website, Strobist.com, was a huge asset to me. I can actually pinpoint my inspiration for Fstoppers back to a video that David posted on Strobist about 4 years ago. David said something during the interview that only half made the final cut that I will never forget. David explained that most people use age as an excuse for success and tell themselves if they were a little older they would be the success that they want to be. One day those people will wake up and realize that they’re too old and “everyone is hiring younger kids now.” This one statement instantly drew a pit in my stomach and to this day, I still think about it on a regular basis because I know this could easily happen to me.

As I said above, Gulf Photo Plus was one of the highlights of my life. The amazing city of Dubai paired with the opportunity to meet and learn from many of the top photographers in the world is something that I will never forget. I hope that we are invited out again for 2014, and if you have the chance, you should go. You won’t regret it.

Video of Success in Photography From Gulf Photo Plus 2013

British Photographers and Filmmakers Will Face Serious Problems After Brexit