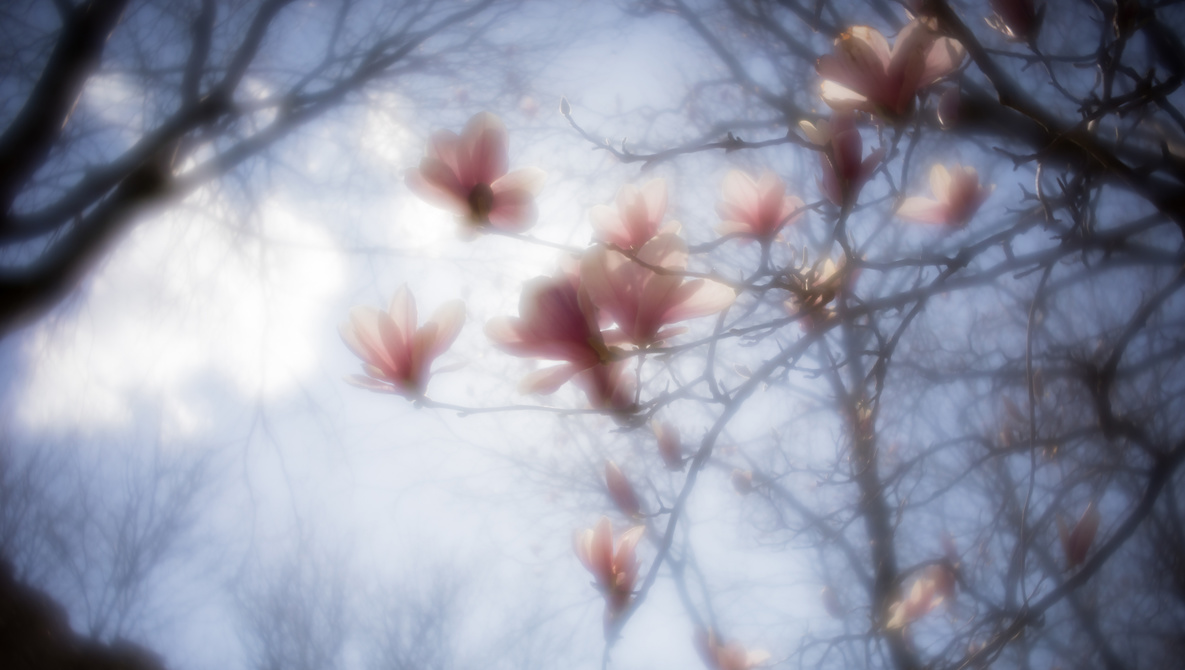 Today, continuing in that tradition, Lensbaby announced the newest and widest lens in its Velvet collection, the Velvet 28.

Like its well-loved predecessors, the Velvet 56 (2015) and the Velvet 85 (2017), the Velvet 28 offers an antique lens feel while maintaining a robust build and a unique impressionistic photographic style. Photographers will enjoy the glowing effect that the Velvet series is known for at the widest apertures, while still being able to stop down for improved sharpness and clarity. Fans of the Velvet series will be excited to know that this lens is just as substantive as the 56 and 85 lenses it follows.

Overall Specifications for the Velvet 28

Right out of the box, the Velvet 28 feels like a very solid lens. Reminiscent of the antique, manual-focus, manual-aperture lenses I inherited from my Grandfather, this lens feels substantial. It weighs in at just over a pound — enough to feel resilient without creating a frustrating amount of extra weight. Visually, the lens is an instant classic. Between the font and color choices for the focus and aperture markings, it is definitely in the vein of lenses designed and sold in the 1950s and 1960s. Just like the Velvet 56 and the Velvet 85, this is a sophisticated-looking lens. 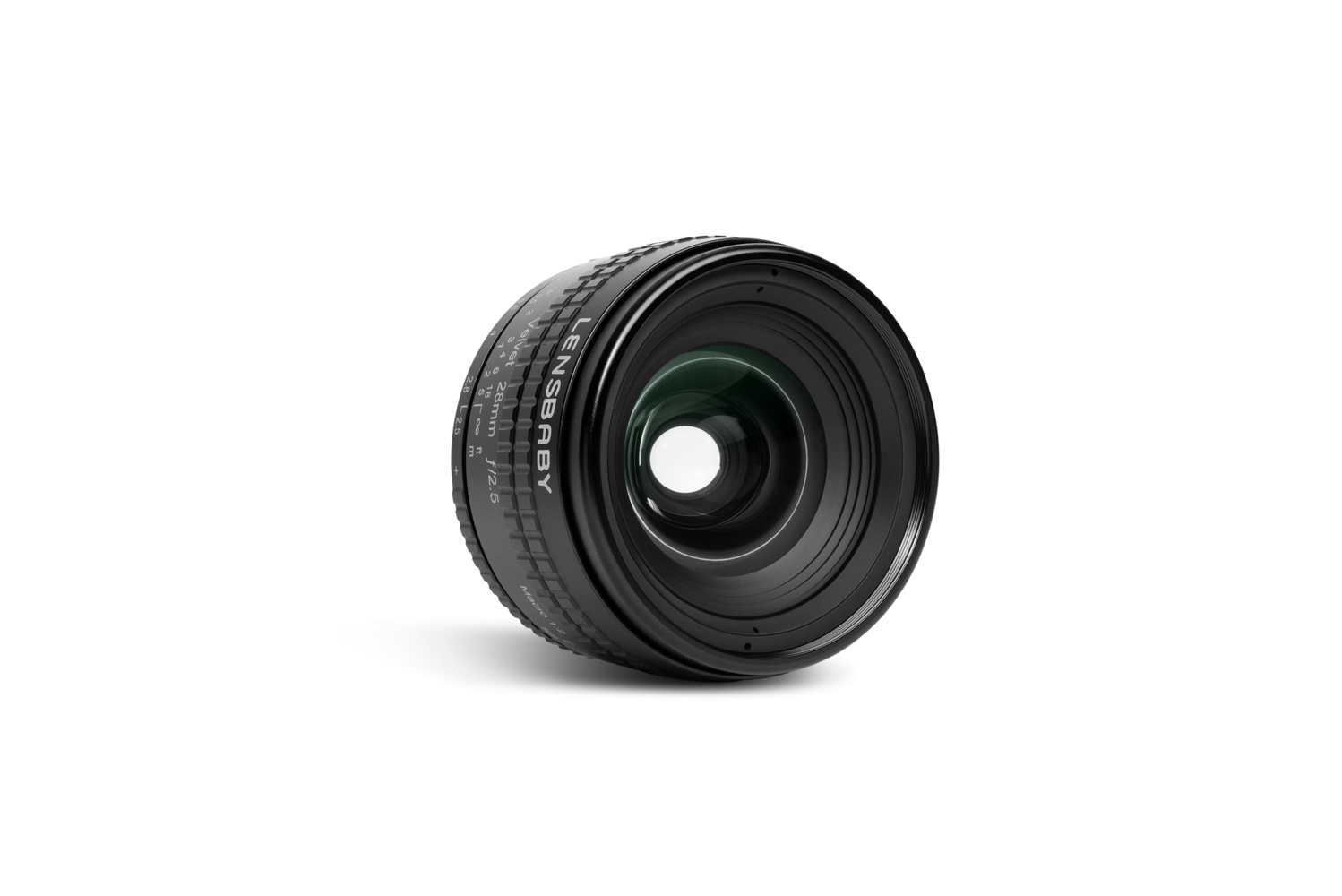 The apertures click nicely into place as you stop up and down, and the focus ring has an extremely smooth glide with just enough resistance that you don’t have to worry about it slipping and losing focus. The lens is marked with a hyperfocal scale for apertures of f/8 and f/22 (specifically calibrated for a full-frame 20 MP camera). The focus ring utilizes the entire circumference of the lens and when you adjust for a close focus, the lens will elongate a bit. To adjust from one focus extreme to the other, you may feel like you’re rotating for a while. That said, both the focus ring and the aperture ring have molded ridges for a comfortable and natural grip, so rotating isn’t a hassle. 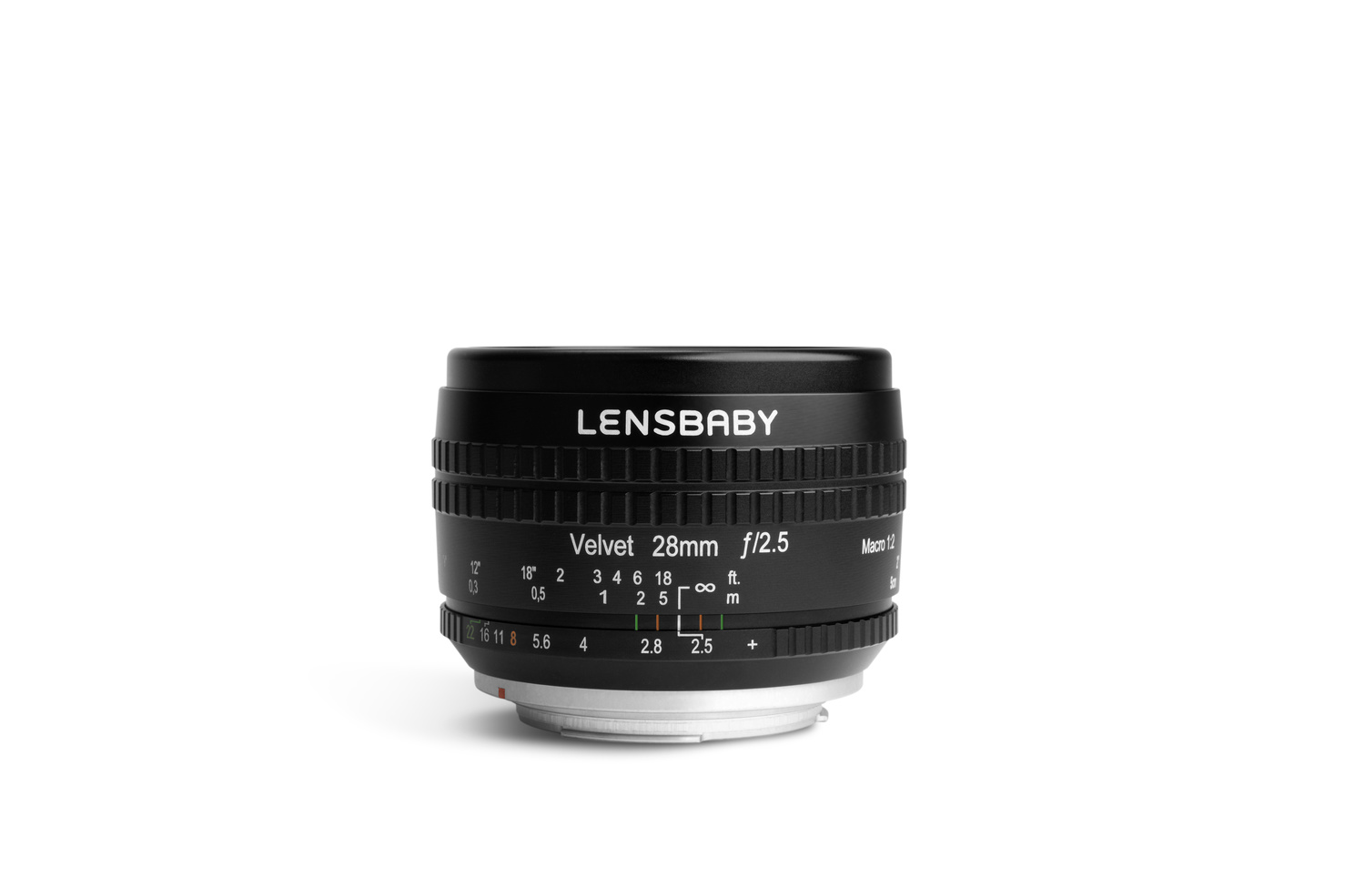 While many lens caps on the market tend to feel cheap because of unreliable tension-based components, the Velvet 28’s single-piece, metal lens cap slides on nicely for a secure, snug fit. It adds a level of well-made polish to the design. The front lip of the lens itself has a sleek, curved edge that perfectly complements the cap. It is important to note that though the Velvet 28 can take a 67mm filter, the native lens cap cannot be used when a filter is attached. The rear cap fits snugly as well, providing an added level of protection when the lens is not in use.


Shooting with the Velvet 28 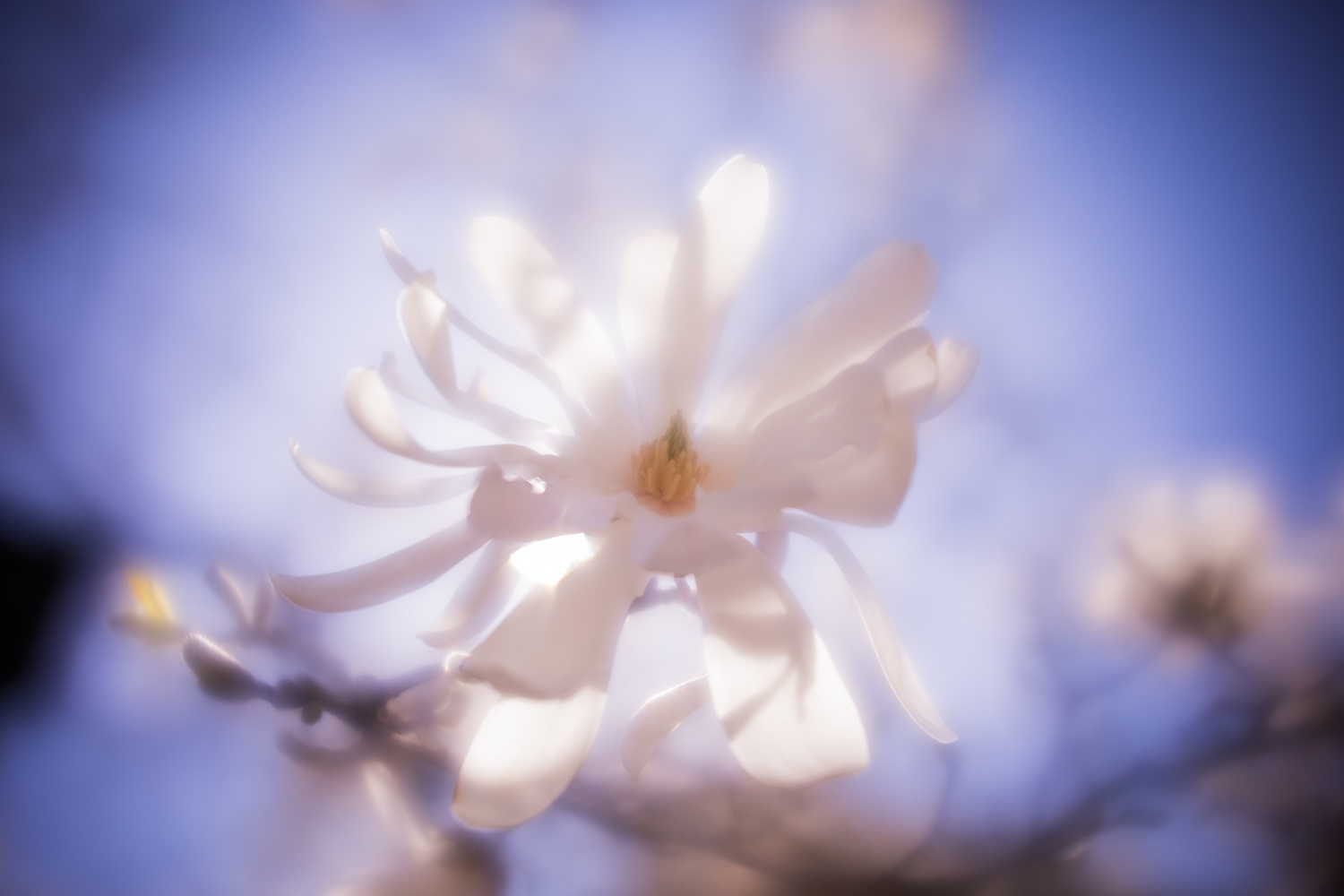 Dreamy floral shots come naturally when using the Velvet 28 at it’s widest apertures. This image was shot at the extended aperture accessed by selecting the + symbol beyond f/2.5.

If you’ve never used a lens from the Velvet series before, there is a bit of a learning curve to consider. The wider the aperture used, the more softness and glow in the image. The widest aperture marked on the lens is an f/2.5, though the aperture ring can be rotated a bit farther to the “+” marking for an extra ⅓ of a stop of light. When shooting at f/2.5+ the Velvet effect is very strong, which may not work in most traditional applications. While the full stop apertures do click into place, it is still possible to shoot in between stops.  I found the sweet spot with a good visual balance of velvet and detail to be between the marked apertures of f/2.8 and f/4. At the wider apertures of f/11, f/16, and f/22 the velvet effect reduces drastically and ultimately disappears, allowing for more traditional shooting without changing lenses. 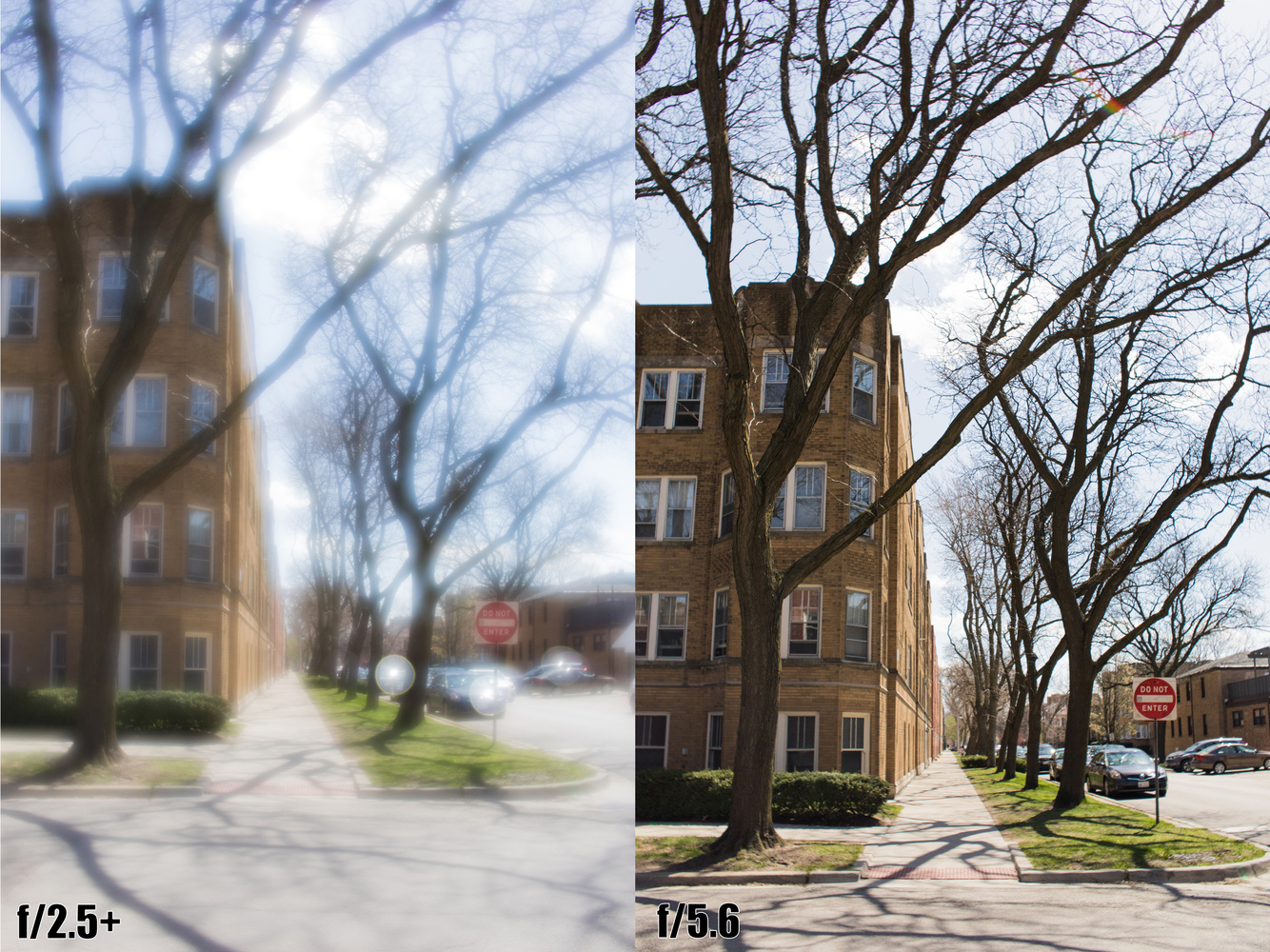 Even at f/5.6 images take on a more traditional feel with less of that dream-like softness.

In terms of practicality, the Velvet 28 is quite a bit more useful than you might expect for a stylized creative lens. Because photographers can choose the intensity of the velvet effect, this lens can be used for a variety of subjects such as travel, product photography, abstracts, macro, street, and landscape photography. With such a wide focal length, the Velvet 28 won’t be the most flattering close-up portrait lens, but with a bit of distance from the subject or just the right angle, it could be used to create dreamy portraits as well. The Velvet 28 is also capable of shooting macro at 1:2 with its extremely close focusing distance of 2 inches — about half the distance of the Velvet 56 and 85. Macro photographers will be able to fill the frame more effectively with their subject while maintaining a nice background blur and glow.

Before testing the lens in earnest, I spent some time getting a feel for the velvet effect and working on the focus. I rarely use a manual focus lens, so I had to mess with my diopter a bit until I felt like I was getting reliable results. The easiest way to calibrate the diopter and get accurate focus is to turn on live view, dial the focus in at f/4 (where things become a lot sharper), then return to the viewfinder to update the diopter to match. Once your focus is dialed in, you can open the aperture again for the Velvet look.

After playing with some macro subjects at home, I took the lens on a walk around my block, focusing primarily on what was close-by and available: flowers and street scenes. Even after calibrating, I wish the focus was a bit more foolproof. Several times I expected better results than I got and had to try again for the same shot. After shooting with it for a couple of hours, I feel like I have some room to grow in terms of being able to quickly get the shot I have in mind with this lens, though I do think it is worth the effort to improve. I would love to add this unique look to my workflow and I could see myself using the Velvet 28 in the situations where previously I would use my antique lenses. 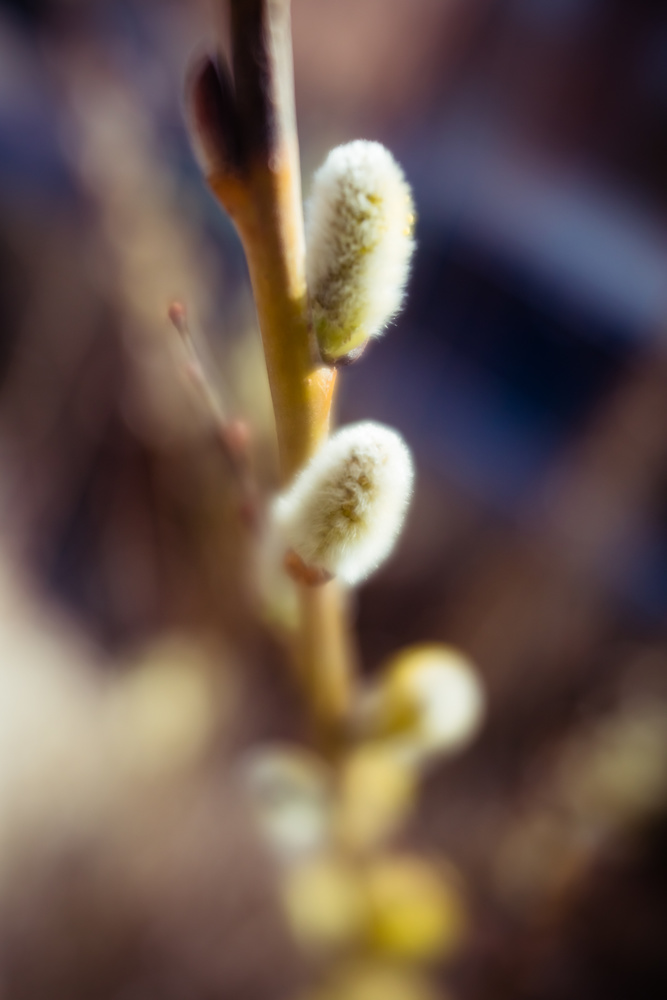 Some subjects really lend themselves to the soft glow of the Velvet 28. This was shot at f/2.8.

Photos From My Test Run

I took a few series of images, recomposing the same shot at various apertures to get a better sense of how much aperture dictates the glow effect and when the falloff occurs. After shooting with the lens for a while, it became clear that f/2.5+ through f/2.8 have the most softness and dreamy quality. Between f/2.8 and f/4 you get the best of both worlds — dreaminess in the background and clarity in the foreground, and from f/5.6 to f/22 you get a consistent increase of detail and depth of field from stop to stop. 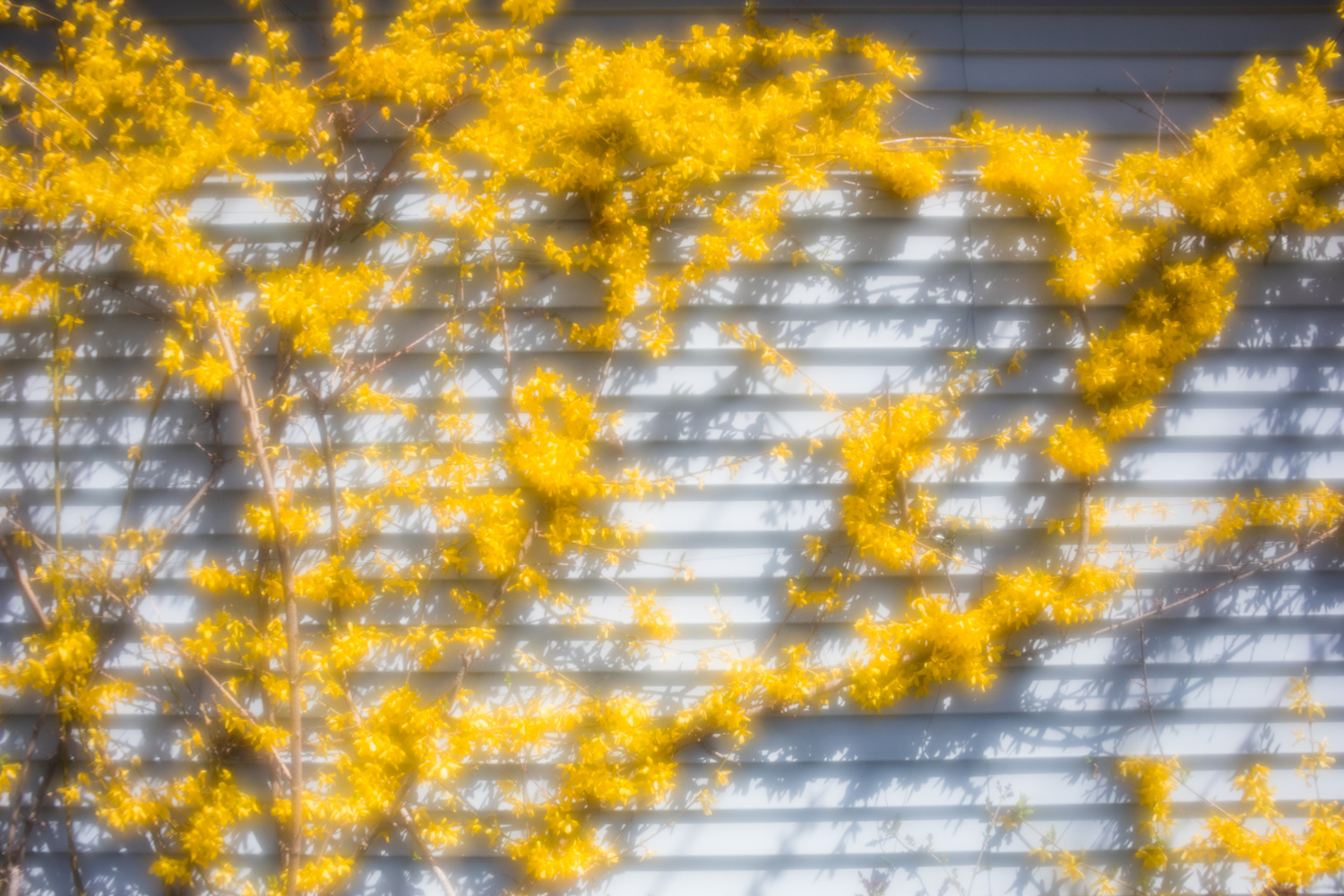 At f/2.5+ this forsythia looks as if I had dragged the clarity slider to the left in Lightroom. 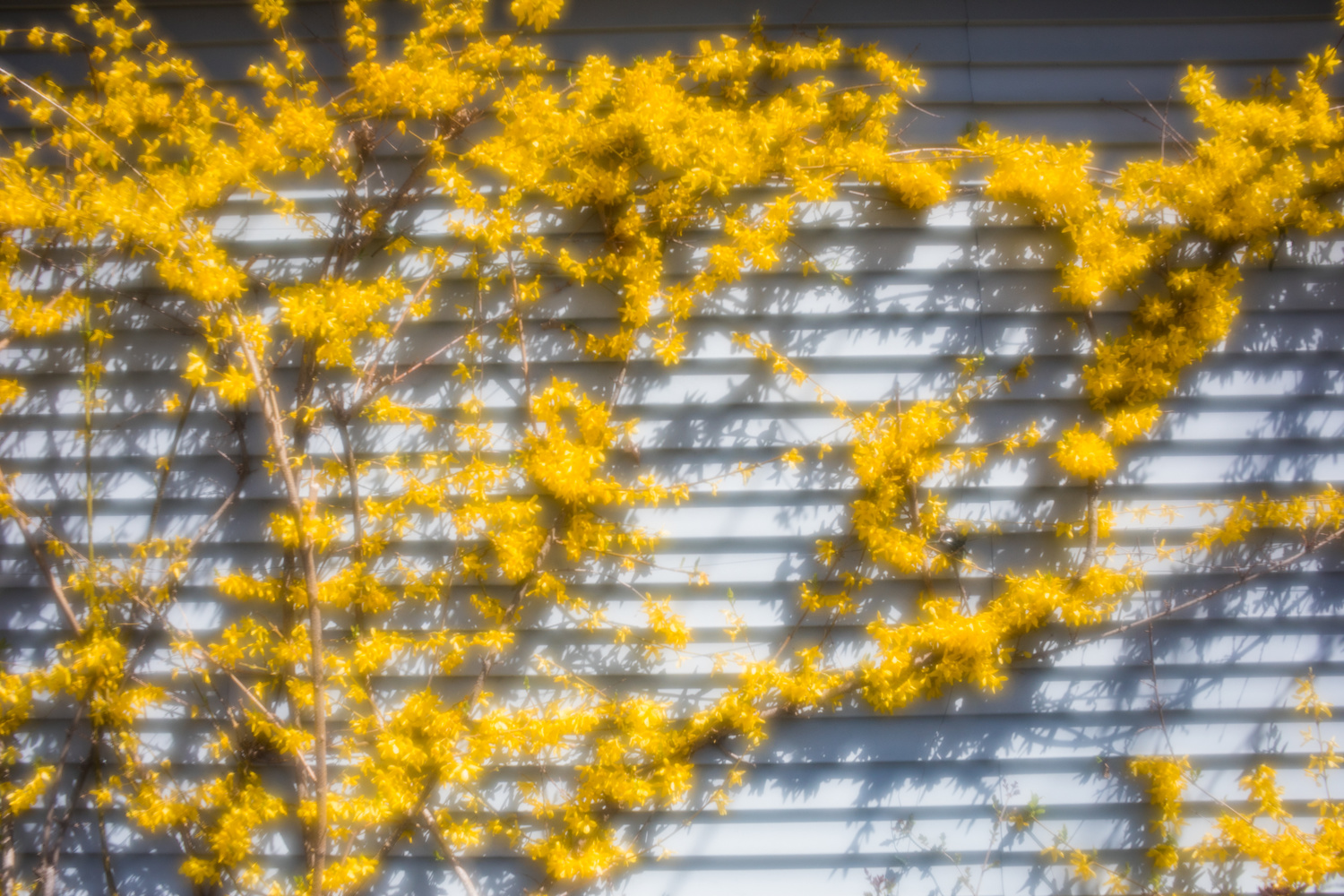 I prefer this level of softness and glow. At f/2.8 it’s not quite as jarring. 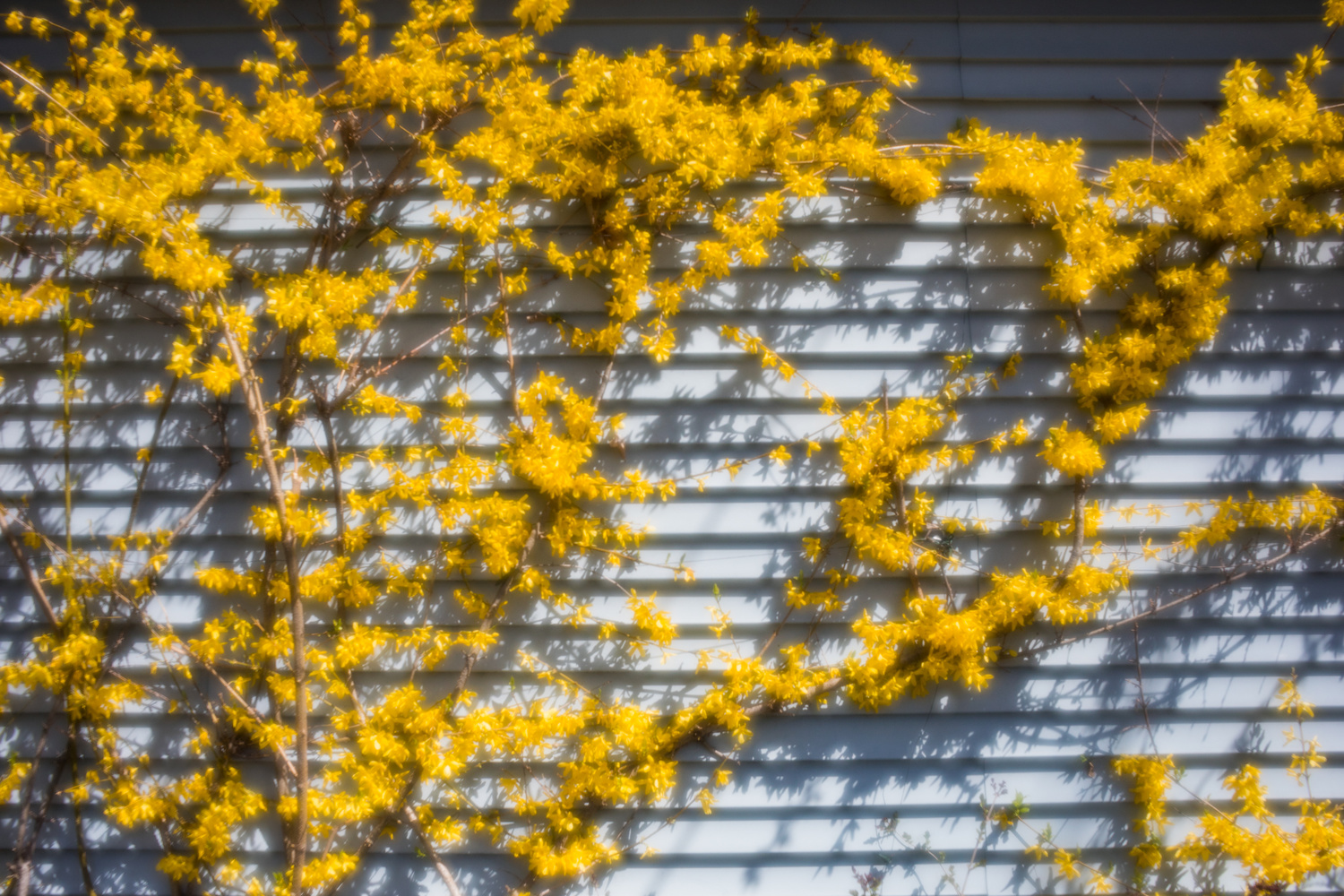 At f/4 some glow still remains but the contrast and clarity have returned. 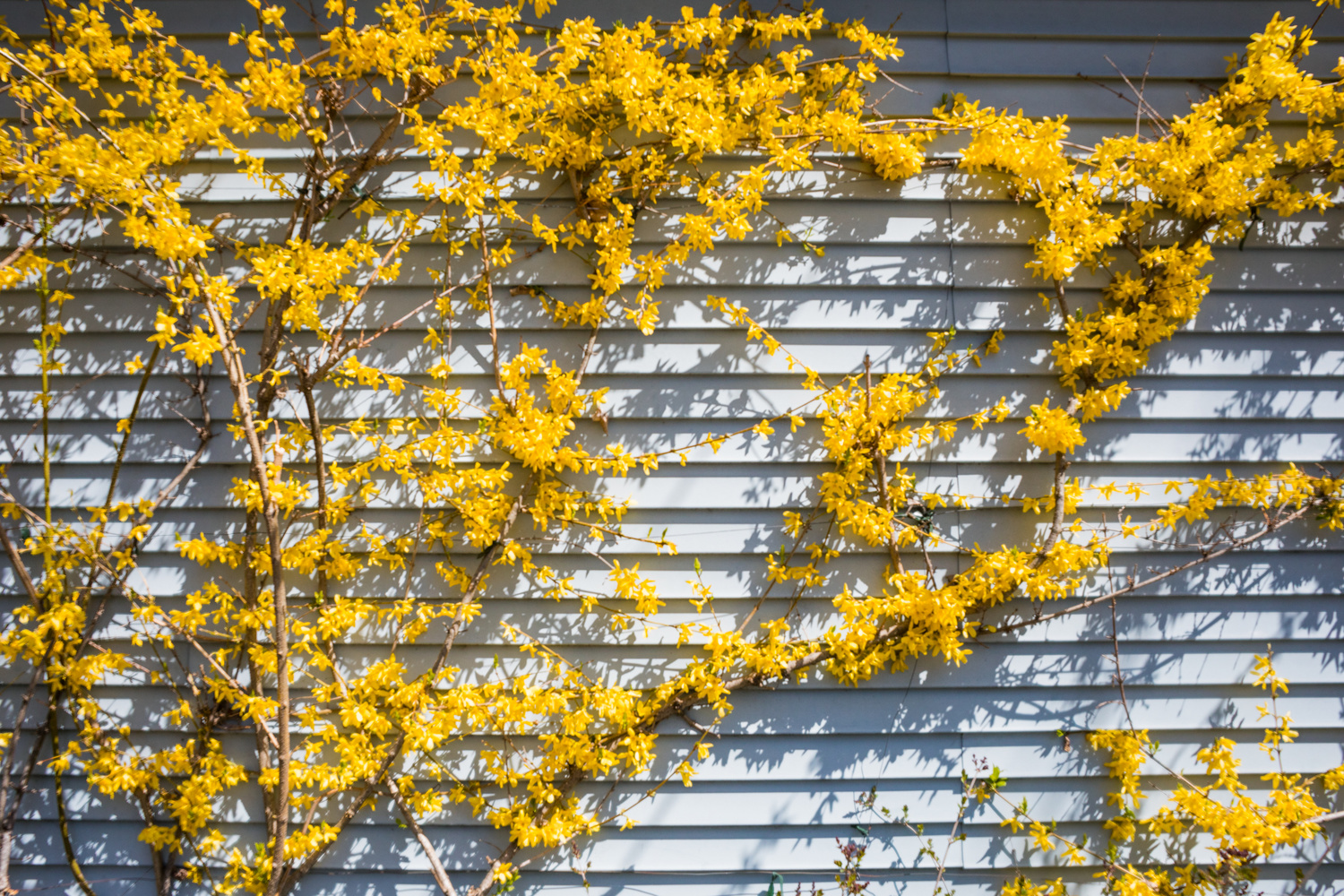 At f/5.6 this image could have been taken with any lens. 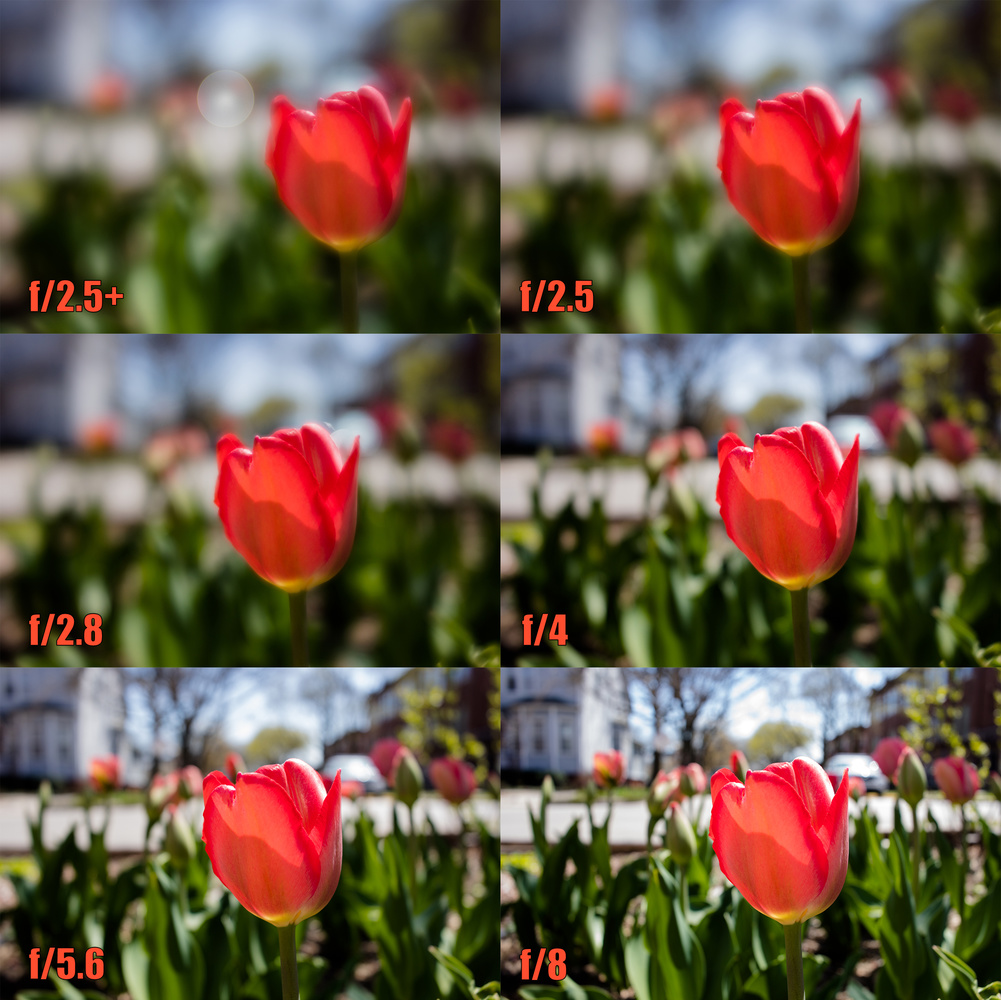 The obvious circular bokeh in the f/2.5+ image was caused by a reflection on a headlight. It was distracting, so I recomposed to place the reflection behind the tulip for the rest of the series. The appearance of bokeh at wide apertures is something to consider when you shoot with this lens.

To Sum It Up 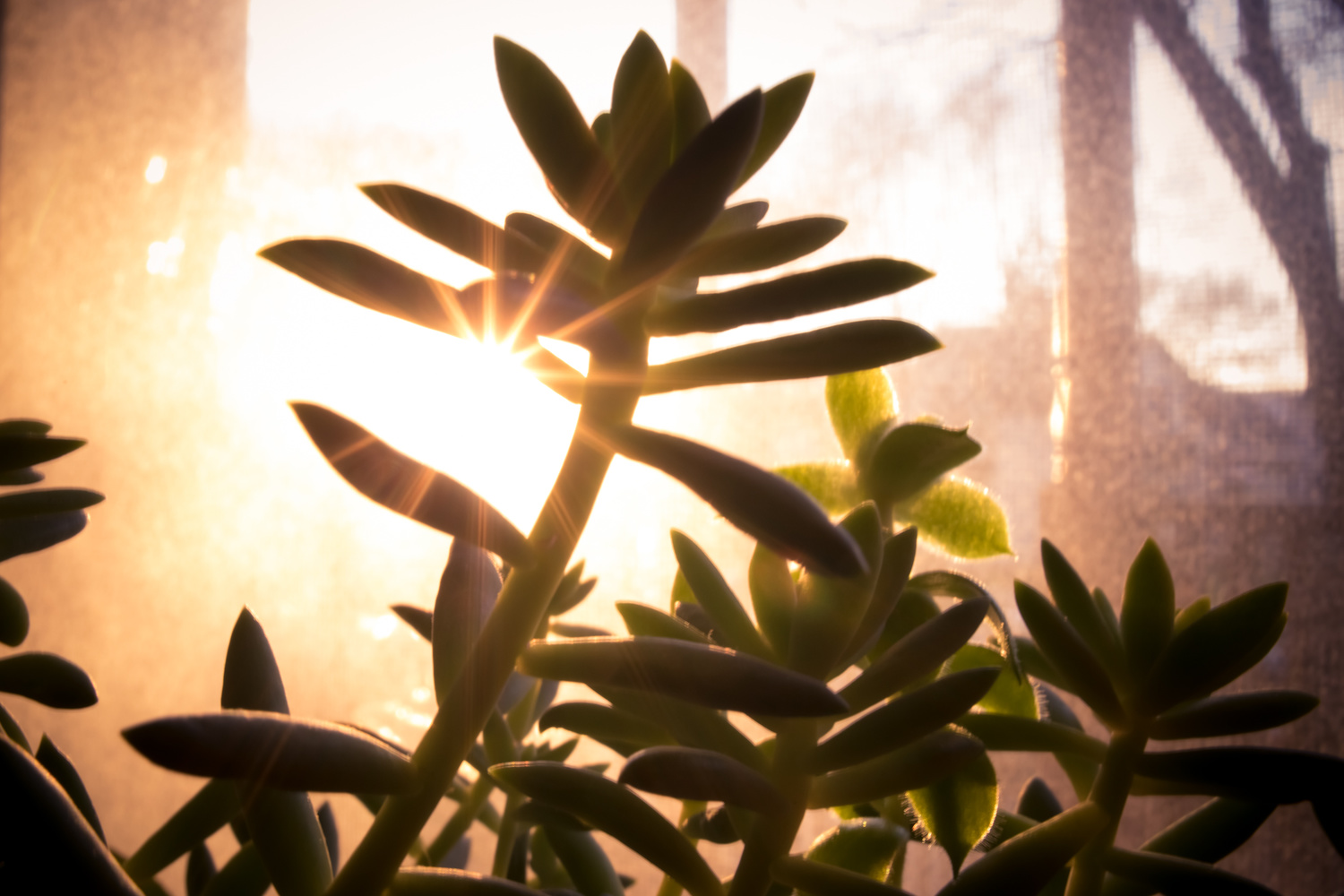 I love the starburst effect at f/11 with this lens. 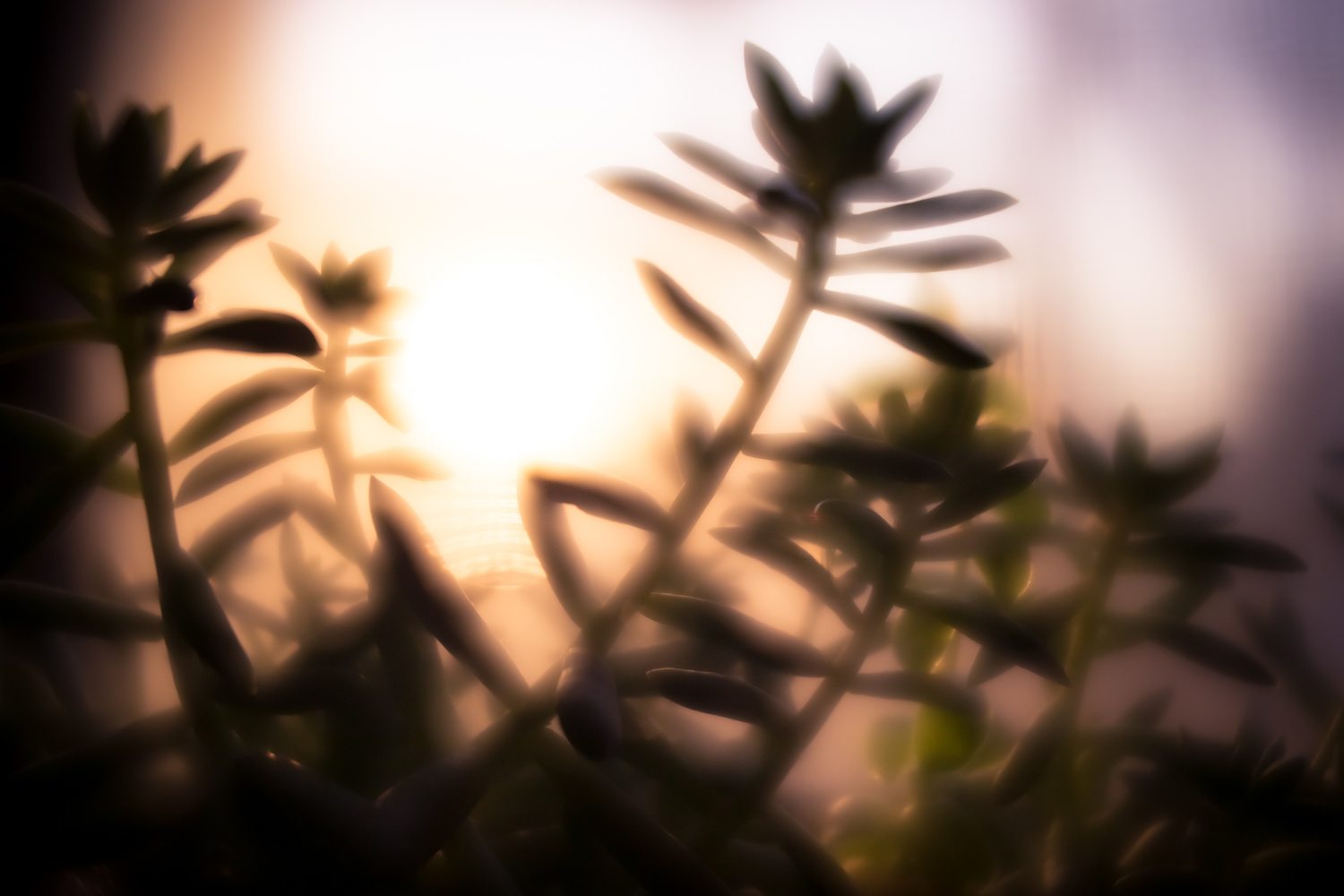 Not much of this image is sharp even though I spent time calibrating my diopter. When looking through the viewfinder the center stalk was sharp at the top. The softness in this image doesn’t bother me, but it might with other subjects.

What I Didn’t Enjoy

Testing this lens was a great first experience with the Lensbaby’s Velvet series. Having experienced first-hand the solid build, fantastic glass, and unique glow effect, I can see why the Velvet 56 and Velvet 85 are both such popular lenses. The Velvet 28 is a great addition to the line-up and offers photographers a new wider angle creative option for their workflow. If you’re a fan of abstract or macro photography and are looking for a way to be artistically inspired over the next few weeks at home, consider picking up the Velvet 28. I can’t wait to see what you come up with!

5 Fun Macro Projects You Can Try at Home

Macro Photography: What You Need to Know for Photographing the Smallest Creatures