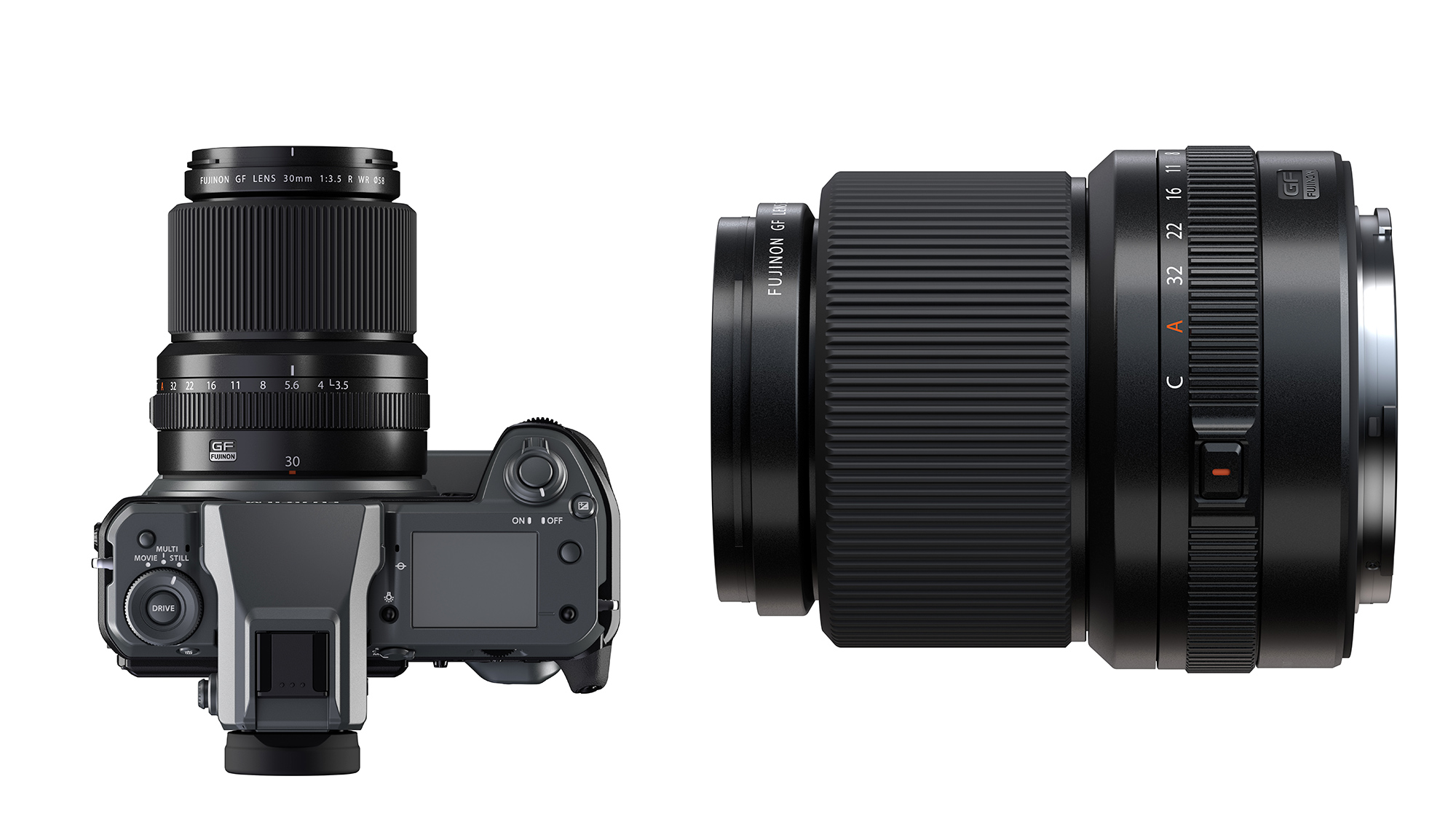 Fuji Announces The Fujinon GF30mm F/3.5 R WR Lens And The Biggest Firmware Update For The GFX System Ever

Today Fujifilm announced the launch of the GF30mmF3.5 R WR, a wide-angle prime lens with a focal length equivalent of 24mm (in the 35mm film format) for the FUJIFILM GFX System of large-format digital cameras. With its dust and weather-resistant design, the GF30mmF3.5 R WR caters to a variety of shooting styles including landscapes, architecture, as well as casual snapshots on the move.

With its dust and weather-resistant design, the GF30mmF3.5 R WR caters to a variety of shooting styles including landscapes, architecture, as well as casual snapshots on the move. “This lens is a great compliment to our existing series of GF lenses and gives image-makers a great wide-angle option for landscapes, architecture, or wide environmental portraits,” said Victor Ha, senior director, marketing and product management with the Electronic Imaging Division of FUJIFILM North America Corporation. “We are really excited to see the images our community will make with this lens.” The lens consists of thirteen lens elements in ten groups, including two aspherical elements and two extra-low dispersion (ED) elements. The high-performance lens groups are positioned to control various aberrations, especially distortion to which wide- angle lenses are prone, to achieve edge-to-edge sharpness. The lens is able to resolve an impressive amount of detail, compatible with 100MP sensors — “enabling the photographer to re-create the atmosphere of each scene with a sense of visual honesty and feeling,” said Ha. This compact lens weighs approximately 18 ounces (510g) and measures 3.9 inches (99.4mm) with a maximum diameter of 3.3 inches (84mm). In addition, the slim design balances well on a GFX System camera, making it a perfect lens to carry on-the-go. The new GF30mmF3.5 R WR lens uses an internal focusing system, offering fast and quiet autofocus (AF). Focus breathing is just 0.05%, making it a great lens for recording video. Like all of Fujifilm’s lenses in the GF family, the GF30mmF3.5 R WR incorporates Fujifilm’s optical design and production technology processes to achieve a sub-micron level precision lens surface. This allows the lens to bring out the full potential of the Fujifilm GFX 50S and GFX 50R mirrorless digital cameras, as well as the 100MP image sensor of the FUJIFILM GFX 100. The lens is sealed at nine locations to make it dust and weather-resistant. It can also be used in temperatures as low as 14°F (-10°C), offering photographers peace-of-mind when shooting in inclement weather or dusty environments.

The GF30mmF3.5 R WR lens will be available in late July or early August in the U.S. and Canada for a manufacturer’s suggested retail price of USD $1699.95 and CAD $2299.00. For more information, visit the official product page here.

This lens announcement comes along with the availability of Fuji’s highly-anticipated firmware update for the GFX System. This firmware update provides significant additional capabilities to each model of GFX System digital camera for photography, as well as considerable new capabilities for video shooters, including 4K RAW video support for the FUJIFILM GFX100.

This new firmware update will soon allow the FUJIFILM GFX100 to output 4K RAW video up to 29.97p via HDMI, which can then be recorded to an Atomos Ninja V 5” HDR monitor recorder*1 and encoded into 12-bit Apple ProRes RAW for compatibility with a wide range of grading and editing software.

The successful collaboration between Fujifilm and Atomos will make the GFX100 and Ninja V combination one of the only Large Format camera systems of its kind to record 4K RAW footage. GFX100’s 100MP 4:3 ratio Large Format CMOS sensor is 44mm x 33mm in size (∅54.78mm) and can record 4K video at up to 29.97p in the following image resolutions:

“The look of large format video has become very popular because the combination of longer focal lengths and the camera sensor’s physical size can create an incredibly pleasing image with shallow depth of field and incredible compression.” said Victor Ha, senior director of marketing and product management in FUJIFILM North America Corporation’s Electronic Imaging Division. “This gives cinematographers further control over their creative visions and – with the addition of a PL adapter for GFX – opens up the possibility of cinema lenses, like the FUJINON Premista large format cinema zoom lenses, being used with GFX100 in production. It’s pretty exciting!”

The GFX100 sensor is among a handful of cameras in the world that has an imaging surface of at least 44mm x 33mm (∅54.78mm). “Coupled with the Atomos Ninja V and its ability to encode Apple ProRes RAW, this system will give filmmakers a whole new way to create images,” Ha continued. “By harnessing the power of RAW, the resulting images will have amazing depth, detail, and dynamic range for post-production, which is ideal for HDR finishing or to give greater flexibility in Rec 709 SDR.”

Simultaneous recording of RAW via HDMI, while recording Film Simulation / F-Log / Hybrid Log Gamma (HLG) internally to a memory card is also available as a result of this firmware update.

With GFX100’s image sensor, In-Body Image Stabilization (IBIS), and now, compatibility with Atomos Ninja V, this large-format camera system is small and light enough to handhold, place in tight corners, mount onto gimbals, or use on drones. Additionally, when coupled with compatible gimbals or drones, users can start / stop recording, specify exposure settings, and make focus adjustments via remote control.

Firmware broadens and expands upon various other functions – based on customer feedback!

The new GFX System firmware is compatible with the below camera models via the below links: