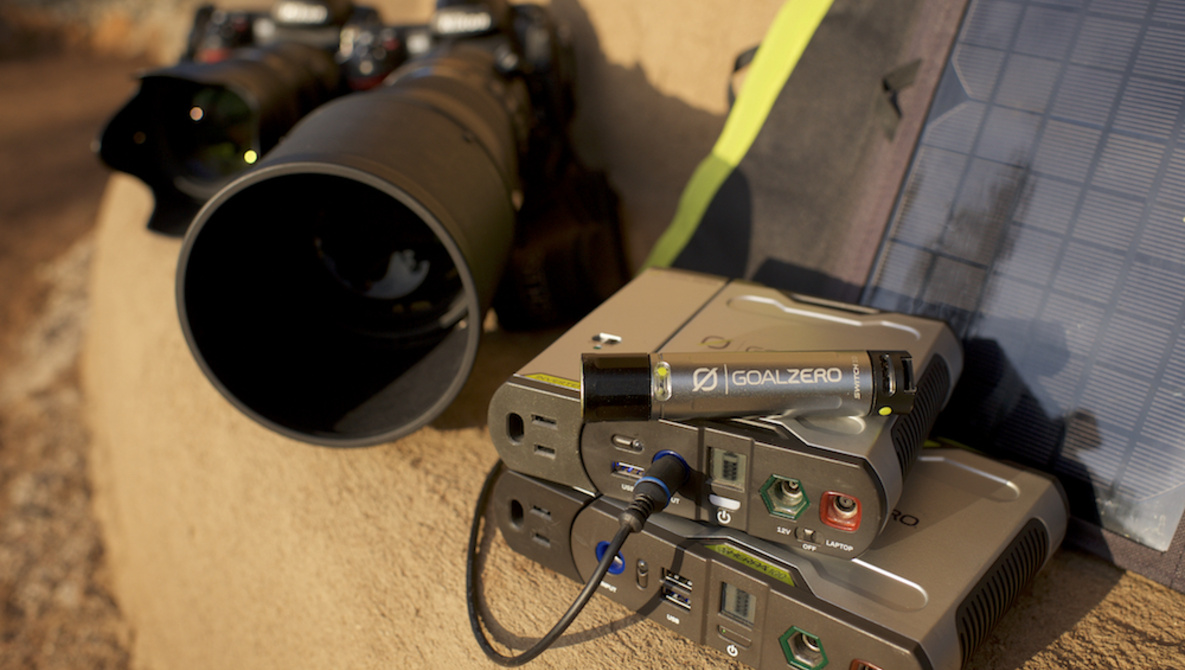 Having the ability to power our gear is something we often take for granted. Without power, the most expensive gear becomes an overpriced paperweight. Worst of all, passing opportunities are lost. One of my least favorite situations is to be traveling in a foreign city when I can’t find information because my iPhone battery is dead. This is where Goal Zero comes in.

Goal Zero is an awesome company that makes a ton of useful gear for photographers, cinematographers, and adventurers alike. They have a highly adaptable range of portable solar panels and power supplies for a variety of needs. Goal Zero’s Sherpa 100 Power Pack is something I consider an essential piece of gear in my arsenal of camera equipment. In many cases, it’s been vital to simply having a digital workflow in remote areas. 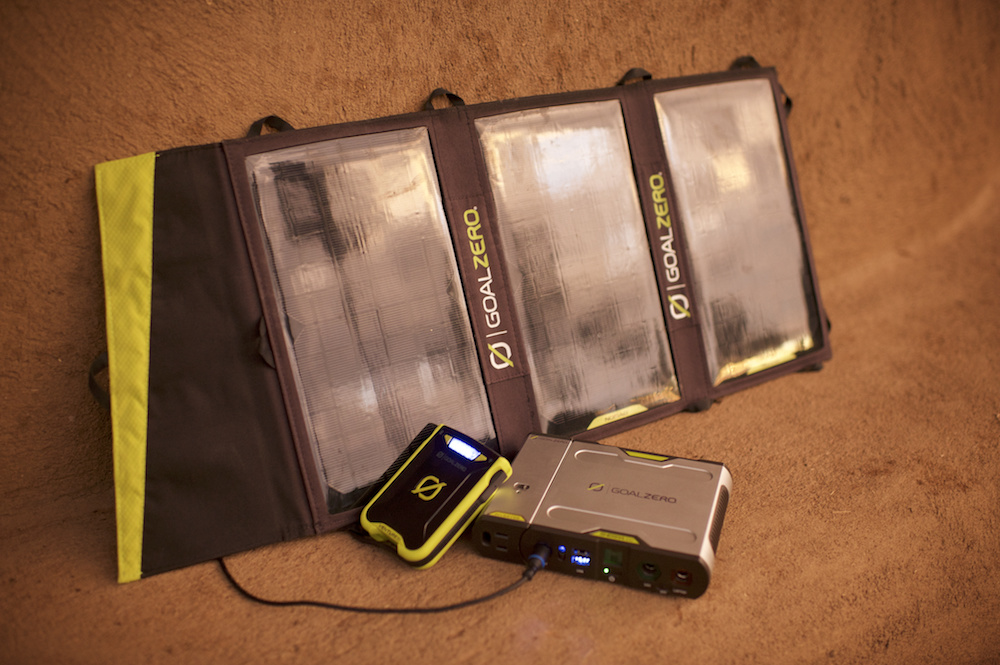 There are two ways to charge the Sherpa 100. The first method for charging the Sherpa 100 is using a wall outlet (AC power). This is great if you are at an airport or somewhere public where you can top up before going mobile again. When inclement weather strikes, this is another option if you can get somewhere that has power.

The second method for charging is with Goal Zero’s Nomad solar panels. Available in a number of capacities, these remarkably portable solar panels are super durable, lightweight, and chain together for greater power yields, plugging directly into the Sherpa.

I have consistently worked in a remote part of Kenya far off the grid for weeks on end using the Sherpa 100 and a series of Nomad panels. It can get a little difficult to keep up during the rainy season. but even on cloudy days, it is still worth putting the Nomad solar panels in the sunlight to add to the power reserves. Anytime I can get to a cafe, hostel, or airport in an established city, I make it a foremost priority to plug in to a wall outlet to top up. For me, the sweet spot in wattage vs size is the Sherpa 100, but if you need something a little lighter, more compact and also affordable, the Sherpa 50 with half the storage capacity but with these same features. 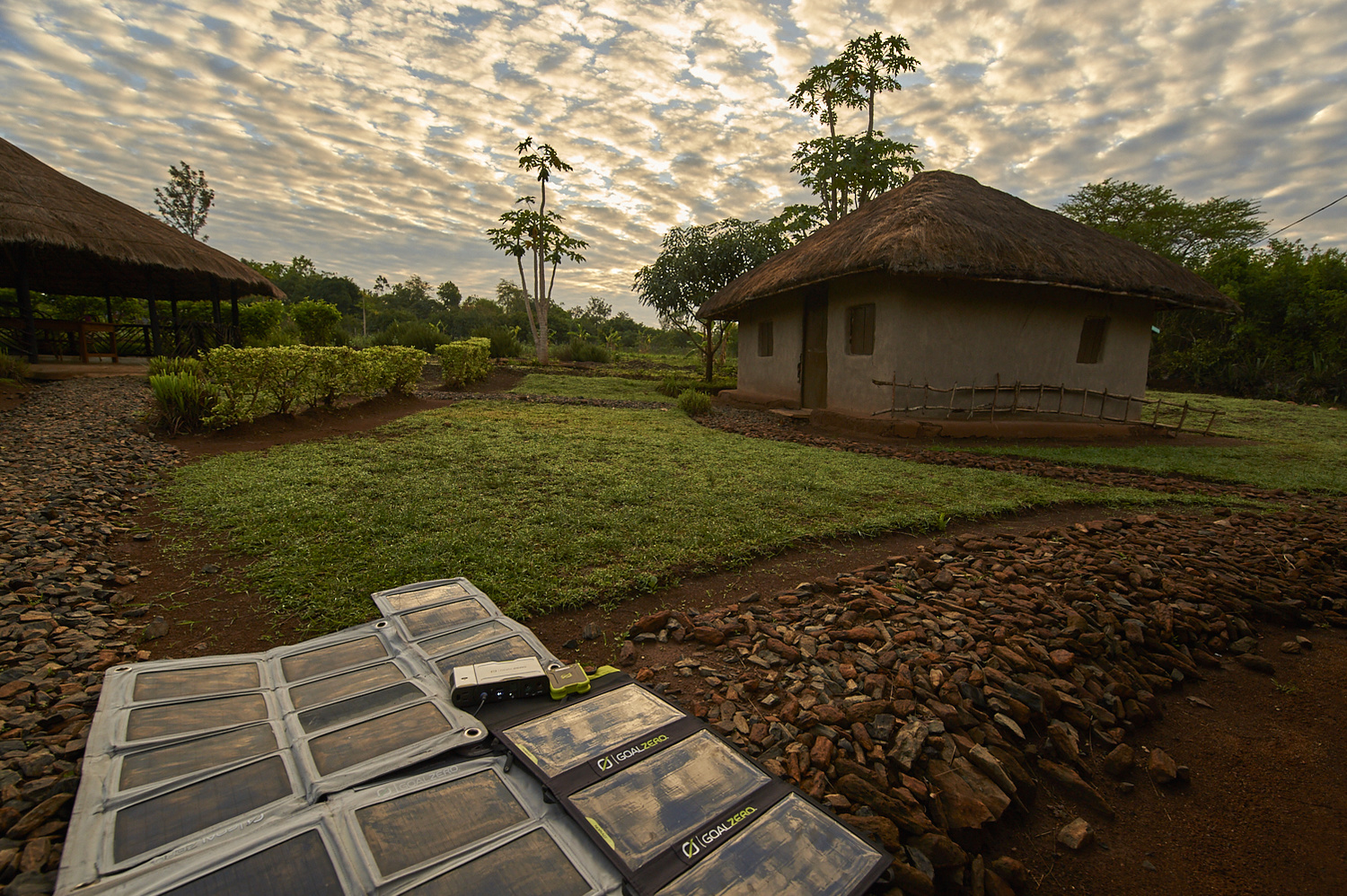 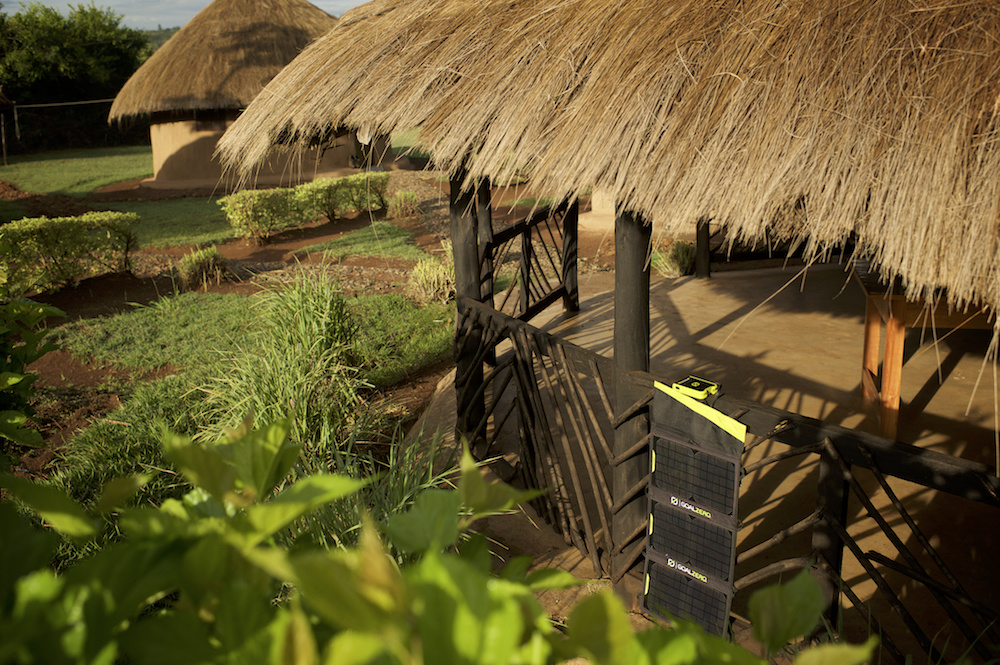 Another less expensive, more portable option is the Venture 30 or Venture 70. With USB charging capabilities, this is a lighter weight option both in mass and power output. It’s designed for charging tablets, smaller cameras, and mobile devices via USB. It has a flashlight built in that I’ve used to bounce light off a ceiling to completely light up a dark room. It works well for charging a phone while on foot without being committed to a device specific case, and packs way more punch. 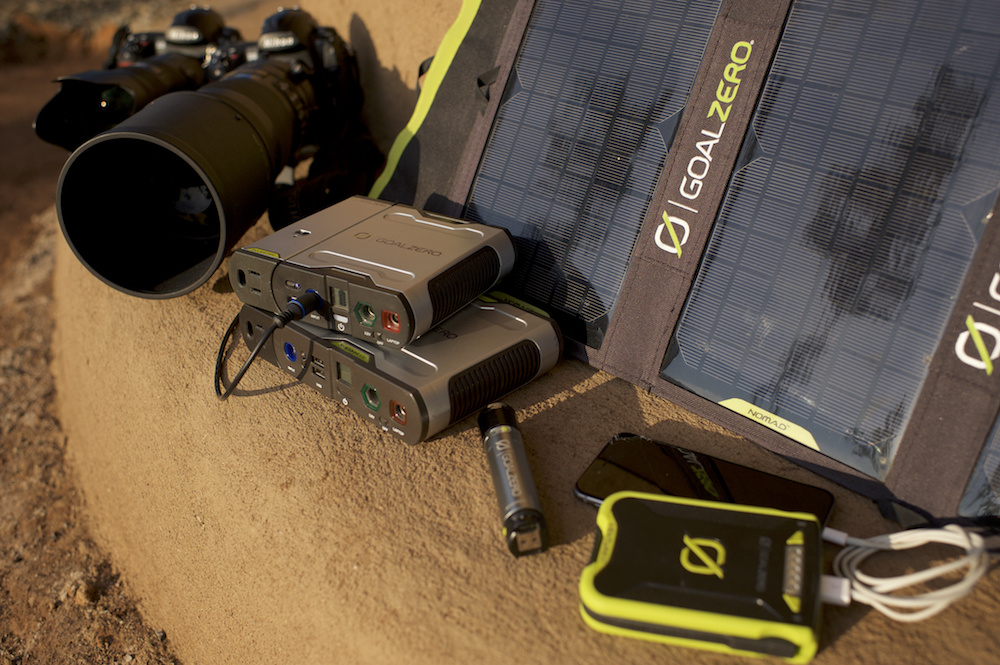 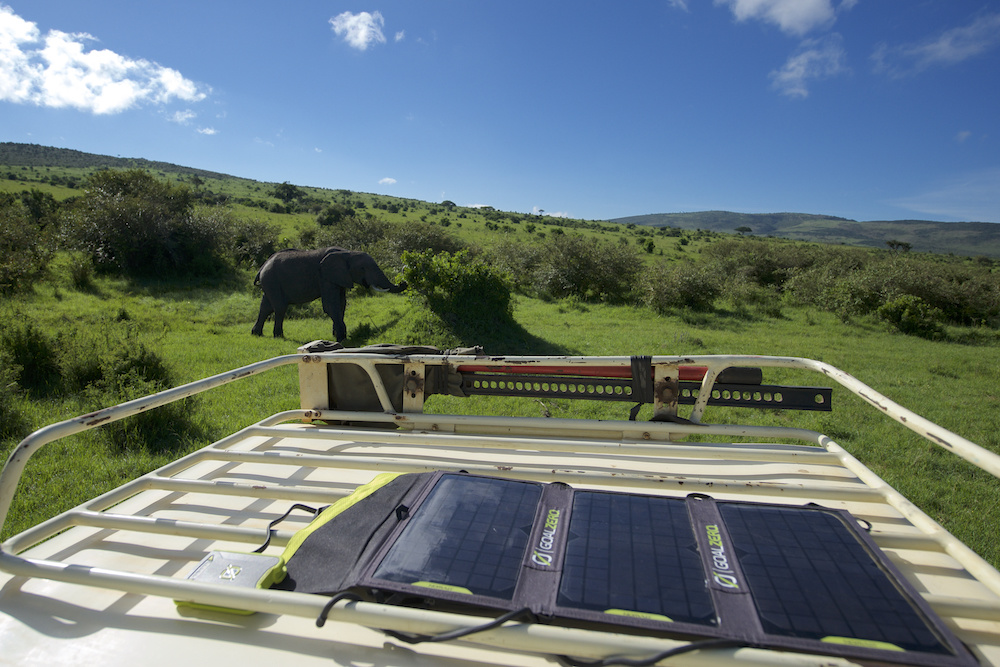 What Could be Improved 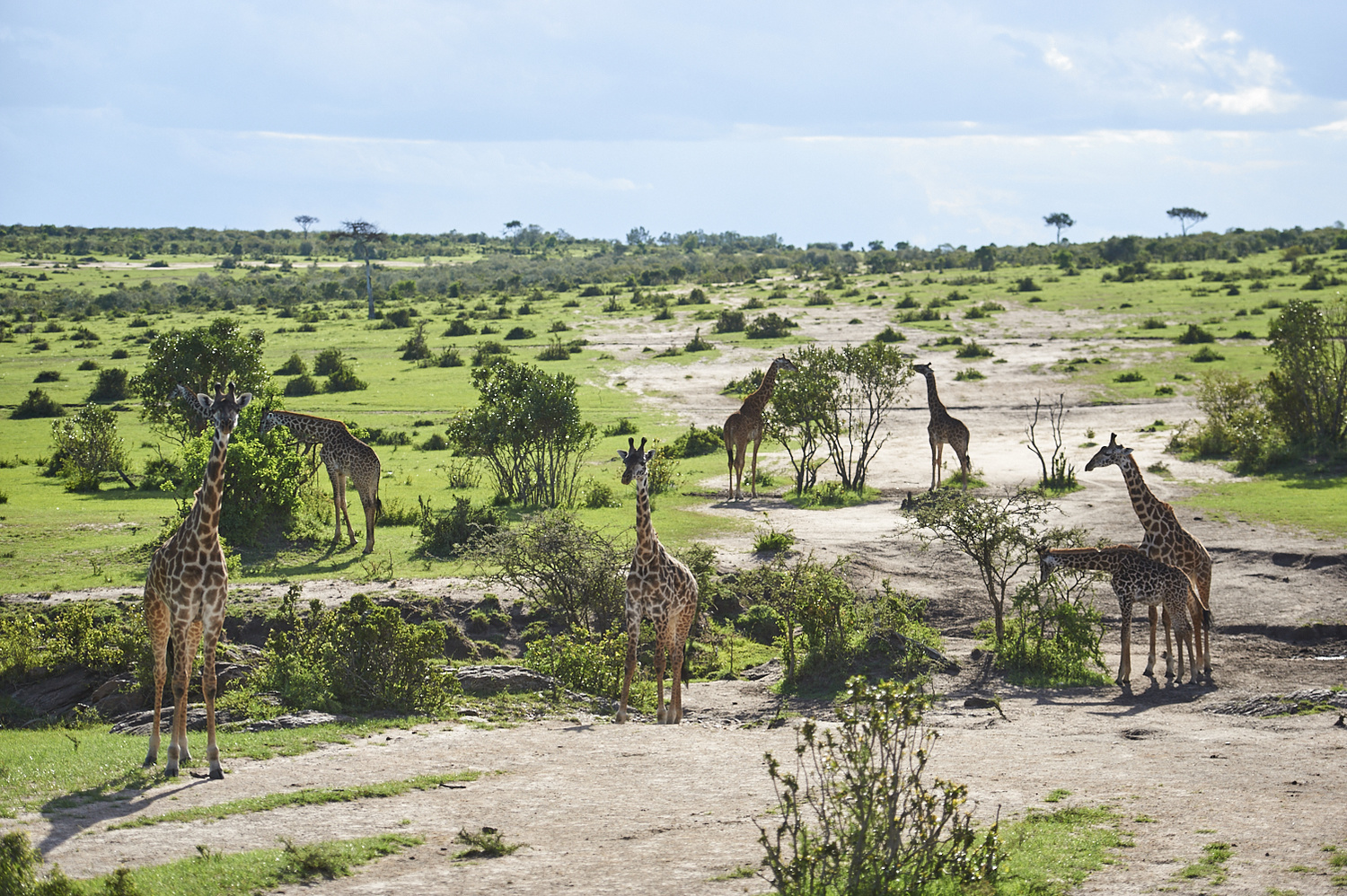 If you need even more power, Goal Zero just released their new, very high end Yeti 1400 Lithium Portable Power Station, which packs some serious juice. While not as portable and considerably more expensive at $1999.99, the possibilities this opens up are nearly endless, with the capability of running power tools and even a refrigerator. The Sherpa 100 specifically has served me well in a range of settings across five continents, often traveling quite far off the grid, as well as finding ample use in urban areas. There are Goal Zero gear kits available in a variety of options to add value. Individually at $299.00 plus $49.99 for the inverter, the investment isn’t small. However, the Goal Zero’s gear creates the ability to power equipment and operate in remote areas while on the go where it would otherwise be impossible to function. From charging essential cameras and powering notebooks for image backups, Goal Zero’s Sherpa 100 is an critical component in my travel gear.

Things to Keep in Mind When Photographing Temples

Five Budget Travel Tips to Save on Long-Term Landscape Photography