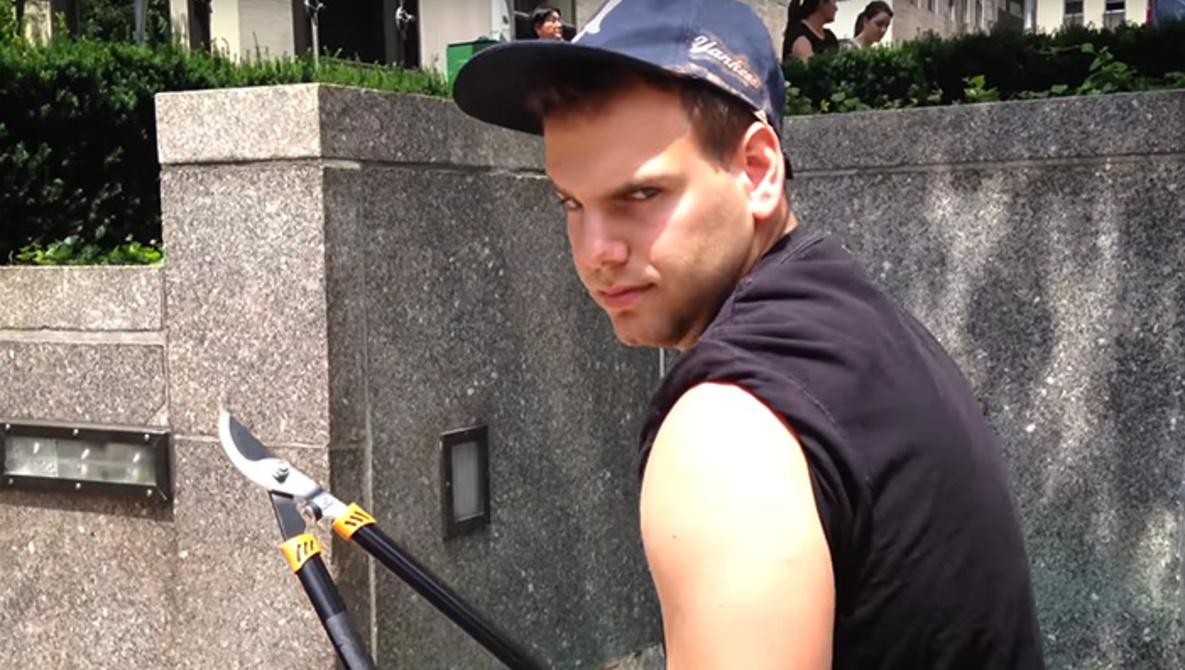 In case you haven’t seen this video pop up yet in your social media feeds, check out Comedian Buddy Bolton sneaking up on unsuspecting pedestrians who have stopped to take a selfie. Instead of photobombing though, he had a different plan: cutting their selfie stick in half with gardening shears.

When researching what went down, I quickly saw just how polarizing this video has its viewers, and for good reason. If what the video shows actually happened, then Bolton is committing a crime by damaging someone’s personal property. It’s hardly a prank, as some have called it, but more like just being an asshole. Apart from destroying the selfie stick, each victims camera-phone takes a significant fall, and it wouldn’t surprise me if that left some folks with broken screen.

On the other hand, selfie sticks are ridiculous, and Bolton just might represent some kind of sleeveless dark knight. Not the hero we wanted, but the hero we needed.

I’m kidding of course. While I had hoped that this was just an example of actors staged on a public street to make a fake viral “prank” video, Bolton indicated that my hopes were only somewhat correct.

According to this article on DNAinfo, Bolton said that the video was mostly unstaged.

…the targets who appeared in their one-minute clip signed releases and received $10 replacement sticks after the fact.

‘We thought it was good-hearted … it wasn’t our intention to be really mean,’ the comedian said in response to online comments calling the video malicious in its intent. ‘Unfortunately a couple of people were upset.’

But I’m not sure if I believe that, since you can see in the full screen video that some of the victims only had empty cases on their sticks, with no actual phone or camera… So was it completely put on?

What do you think? Weigh in with your comments below!

10 Ways to Shoot Street Photos Without Being Noticed

How to Not Screw Up Your Street Photography at Night

Seven Tips for Shooting Street Photography With Your Smartphone