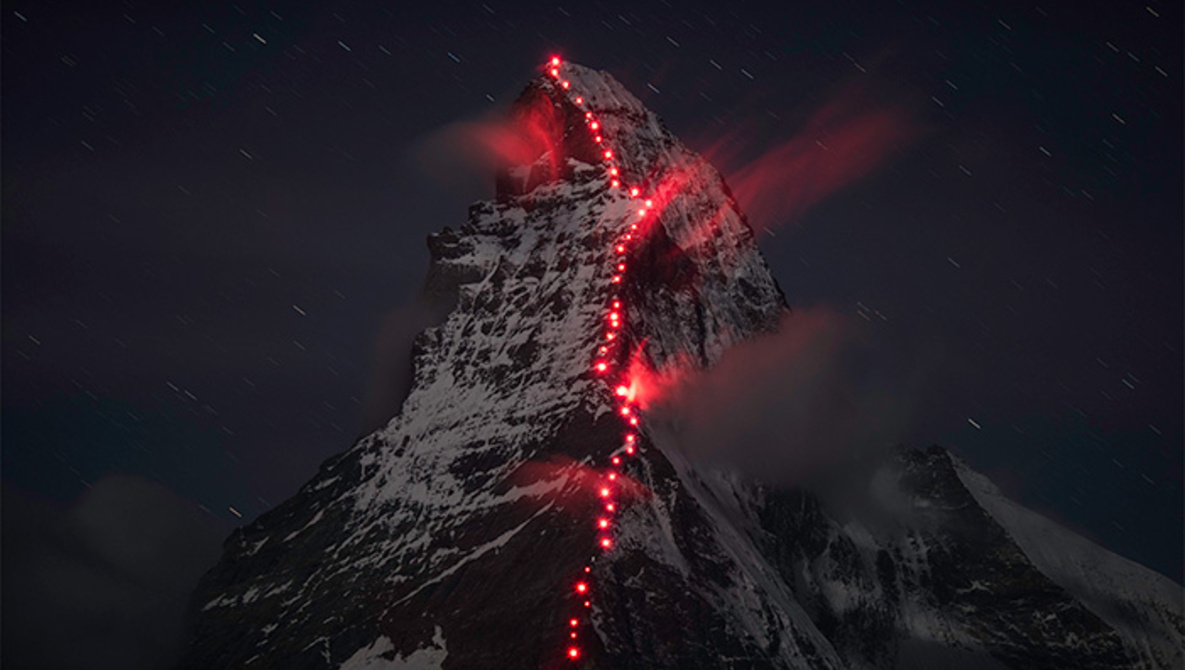 Mountaineering photographer Robert Böesch stood at the ready, next to several cameras as he waited for the right conditions and timing, to capture an unbelievable exposure of the Matterhorn Peak, one of the most notable mountains in the Alps, if not the world. What made the image so special was the team of mountaineers already in place, each with red lights to illuminate the first route ascended on it 150 years ago. This video shows how it was done.

Swiss outfitter Mammut worked together with Zermatt mountain guides to coordinate this huge effort as an honor to the original roped ascent of the Matterhorn, done 150 years ago by Edward Whymper. The level of planning needed to pull off such a spectacle was no easy task, as evidenced in the video. Much pressure was on Robert to capture quality images from this team effort.

Weather of course would play a role, and the final images show how the cloud cover affected the view of the mountain. The movign clouds also took some of the red glow form the lights, which creates a very interesting feel to them, almost like a fire running up the side of the mountain.

Robert Böesch shot the stunning images below, which will be part of future Mammut campaigns in 2015. It displays the majesty of the natural world, but also celebrates the feats of human ability.

Click on the images below to view them larger.