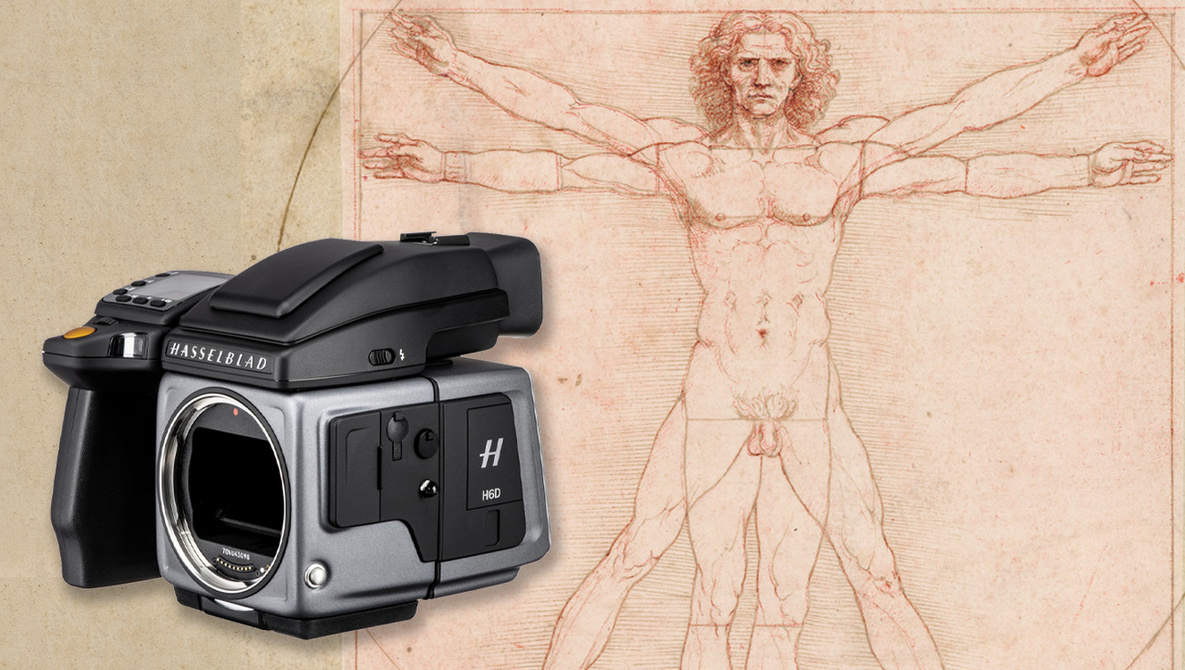 Hasselblad is working with imaging specialists from the University of Bologna and art historians from the Brera Academy of Fine Arts in Milan to capture incredibly detailed and accurate images of a copy by Andrea Appiani of the famous Leonardo da Vinci’s Vitruvian Man.

Paola Salvi, Professor of Semiology of the Body at the Department of Visual Arts of the Brera Academy, explains that “Leonardo’s Vitruvian Man began to become famous in the early nineteenth century when many artists copied it. The drawing by Appiani is the most beautiful and faithful to the original. Shooting it with a Hasselblad H6D-400c MS to create a 3D model is very useful for studying the paper and the technique, and for creating navigable overlays with the image of the original drawing by Leonardo.”

Some original early sketches made by Leonardo da Vinci, that are more than 500 years old, were also shot with a Hasselblad by the University of Bologna, creating 3D maps to allow these sketches to be studied as never before. You can get an idea of the level of detail by visiting the Hasselblad website where you can zoom in to some of the sketches.

To capture these historic sketches, researchers teamed up with Hasselblad and used the multi-shot functionality of the Hasselblad H6D-400c MS. These extremely fragile sheets of paper were drawn upon using a combination of pen and ink, and red and black chalk, along with metal points. Despite each sheet being smaller than a standard letter, the level of detail is immense.

The University of Bologna team also developed its own software in order to render the resulting images as a 3D model, allowing future researchers to be able to study the artifacts in detail, all without further exposing the originals to light and manipulation, which can cause them to decay.

As noted by Fabrizio Ivan Apollonio, Professor of Architectural Representation at the Department of Architecture of the University of Bologna, the 3D maps reveal details that are otherwise difficult to discern with the naked eye, such as the subtleties of how lines have been drawn. Apollonio explains that it’s possible to see, “lead point, ink, chalk, gouache, and types of signs over-imposed over time, not only those by Leonardo but also by other owners/collectors.”

The maps also show the back of the drawing which can contain details that might otherwise be missed. As Dan Wang, Hasselblad’s Marketing Director, observes, what one might assume to be a single solid line of ink are actually “intricate variations of depth, texture, and gradation in reality.”

Creating the right lighting conditions for the photography and ensuring color fidelity has been an important part of the process. The 100-megapixel H6D used six-shot mode to accurately reproduce color and maximize resolution. The resulting files are 400 megapixels, with images measuring around 32,300 x 17,400 pixels.

While photographing, the team deployed an X-Rite ColorChecker Classic and then used their own in-house software to achieve a color accuracy with an average ΔE00 error of about 0.89 (only a variance above 1 is visible to the human eye).

The high color fidelity combined with a resolution of 50 microns (a measurement typically used when photographing through a microscope) allows curators to study the sketches in minute detail, as well as making these documents available to museum visitors in a completely unique way.

How to Create Abstract Macro Images in Your Own Home

10 Photo Ideas for While You’re Stuck at Home