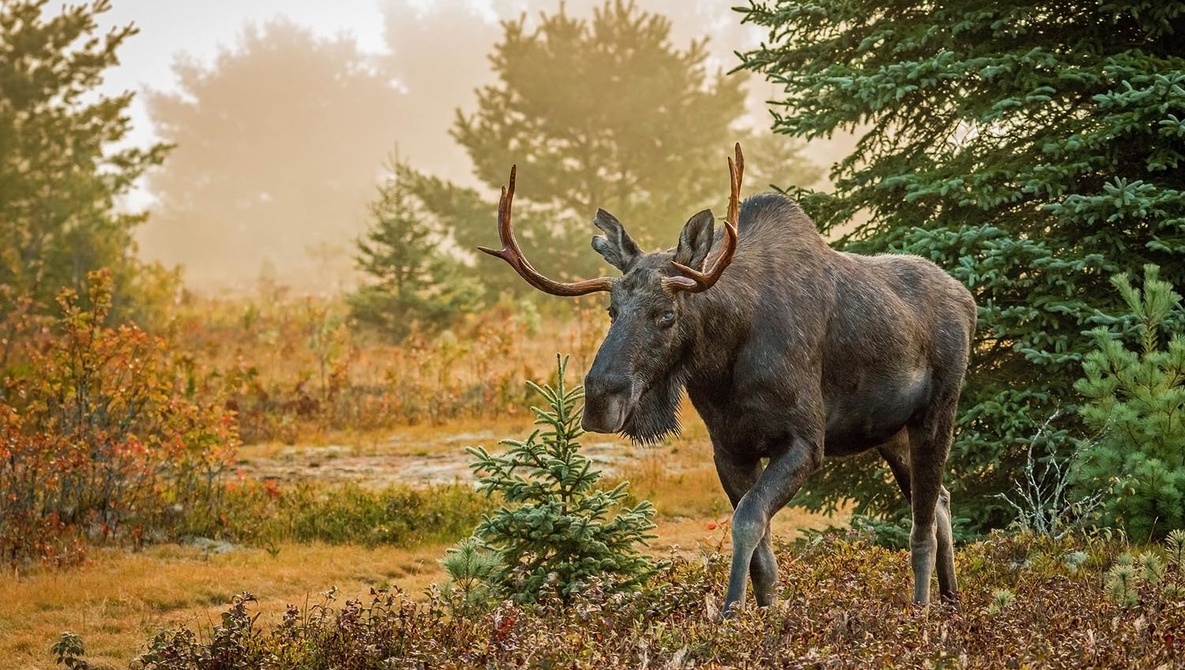 Ontario is Canada’s most populous province. It contains 9 of the top 20 urban areas by population size in the country. Where, then, is there room for an annual convention on wildlife photography? Whitney, Ontario, the gateway to Algonquin: meet Howl.

Somewhere around 200 year-round residents make Whitney home. So, Howl is a bit different than the massive trade-center conventions you might be used to. It is the brainchild of Steve Dunsford, photographer and proprietor of Mad Musher restaurant and rooms, and Bongo, photographer, guide, township-councilor, and proprietor of Camp Bongo Pix.

The organizers strive to keep the numbers low for two main reasons: first, so that they can run intensive field trips with the attendees and second, to make it easier to create connections between the attendees. The main goal at Howl is to have photographers meet, exchange stories, and create a community.

This is the second year for Howl. Things will be a bit different this year given the pandemic. Howl will be run partly in-person, partly by live streaming. There is still a cap on attendance, but if you’re uncomfortable with in-person meetings, there is a virtual solution. It’s important to note, though, if you can’t be there live, you will miss the field trips. Check out Howl’s considerate COVID-19 FAQs.

The convention is designed to focus on the outdoors, so aside from lectures in Whitney’s community hall, most events and talks will be outside. Who doesn’t want to talk photography around a campfire?

Last year, field trips were run by Helen E. Grose and the Cowboy with a Camera, Wesley Liikane. This year, participants will have a chance to go on field trips with Connor Thompson and Chris Gilmour.

Gilmour is a wilderness and survival expert. He has spent well over a decade as a backwoods guide and tracking instructor. Gilmour’s walk will focus on helping photographers read the woods, to understand what they’re seeing, and what they might see.

Melissa Groo, a wildlife photographer who makes it her mission to:

…raise awareness and change minds about not only the extrinsic beauty of animals, but also their intrinsic worth.

According to her bio, Groo created the National Audubon Society Guide to Ethical Bird Photography, advised National Wildlife Magazine and NANPA (North American Nature Photography Association) on guidelines for ethical wildlife photography, and she served as Chair of NANPA’s Ethics Committee from 2014-18.

It’s All About the Wildlife

If you see a pattern, you’re right. Howl is also designed to foster a photographic community that respects the wildlife that we all seek to photograph. Howl intends to celebrate exceptional wildlife photography talent, but also to remind photographers to be ethical.

If all we think about is sharper photos, closer photos, more photos, we’re missing the point of wildlife photography: to honor the animals we love.

According to WWF-Canada’s Living Planet Report:

We have to make room for wildlife on their terms; otherwise, we’ll see almost unprecedented numbers of species become extinct in our lifetime.

Powerful Video Capabilities on a Budget: A Look at the Fujifilm X-T200

5 Cinematography Styles That Every Film Uses