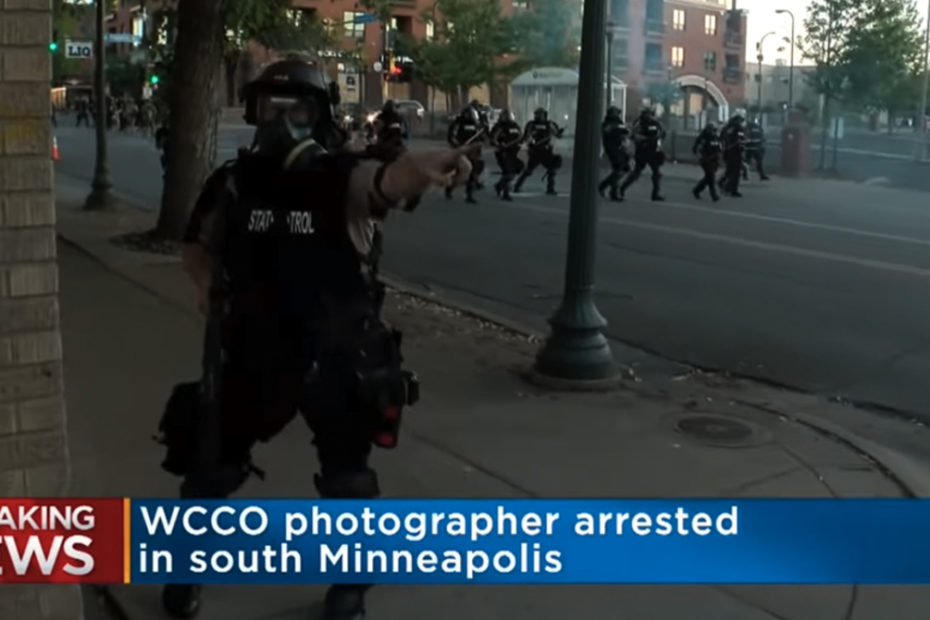 Video footage has been released showing the moment a veteran WCCO Photographer was shot with rubber bullets and arrested, even though he clearly identified that he was working for the press.

Award-winning photographer Tom Aviles was covering the fifth day of protests over the death of George Floyd when police officers shot at him with rubber bullets. One of these bullets struck Aviles, and shortly after, he was forced to the ground by the approaching police officers who arrested him. The video captured by Aviles himself shows the whole ordeal where the photographer can be clearly heard saying “I’m from WCCO.” This is the CBS owned and operated television station that broadcasts in Minneapolis, Minnesota.

The video continues to record while Aviles is on the ground, and he can be heard calling for his producer, Joan Gilbertson, to come over. According to CBS, Gilbertson was told by the policeman “You’ve been warned, or the same thing will happen to you. Or you’re next.”

The assignment manager at WCCO tweeted after the event some fascinating footage, which was apparently captured by Aviles inside the back of the police vehicle.

Not a perspective you see every day: Even after being unlawfully arrested by @MnDPS_MSP, @wcco photojournalist Tom Aviles pulls out his cell phone, while cuffed, and keeps shooting from the back of the paddy wagon. pic.twitter.com/gkbOoAY6xW

Commissioner of Corrections Paul Schnell called Aviles’ arrest “regrettable” and said that because of the nature of the protests and police tactics, “it’s difficult” to identify journalists. As you can hear from the footage, Aviles identifies himself clearly and was still arrested. These events come just days after CNN’s Omar Jimenez was taken into police custody during a live broadcast. Jimenez also clearly identified himself to officers and was arrested nonetheless.