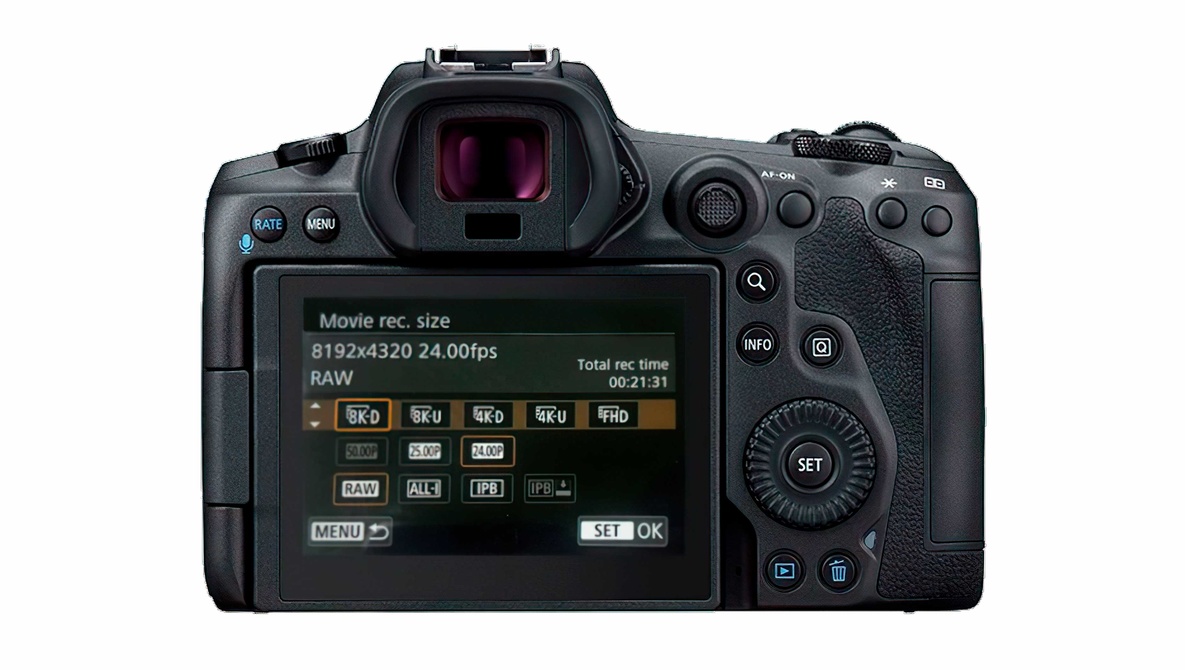 The EOS R5 is probably the most eagerly anticipated camera that Canon has ever announced. The initial rumors were mostly scoffed at and described as nonsense, and I assumed the same. As more and more information gets released about this camera, concerns about its performance and specifications continue to be dispelled.

Recent leaked images show some of the video specs from the menu of the camera itself, and it looks pretty incredible. When Canon announced that the EOS R5 will shoot 8K raw internally, most of us thought there had to be a catch. Either there would be a significant crop, autofocus would be disabled, or even worse, Canon would place a hard limit on how long you could record for each clip. In the past, camera manufacturers had implemented record limits on higher-resolution videos, and many assumed that the 8K features in the R5 would have something similar. If the leaked images are anything to go by, then it seems this is not going to be the case.

Looking at the total record time on the menu; you can see that it’s a healthy 21 minutes. This is being described as the amount of video you can record with 512 GB of storage. That’s a huge amount of data; however, for those that want or need that kind of resolution, it seems we might be able to start celebrating this huge leap forward in technology.

Rumors also suggest that Canon has managed to do all of this without any overheating, which I find remarkable. The kind of resolution we’re talking about is incredible.

What I’m excited about is not the 8K feature itself, but more about what impact it has on the industry at large. As 8K becomes more accessible, lower and more viable resolutions could start costing a lot less, both in terms of the devices and running costs. The other benefit is that it pushes the whole industry forward in terms of competition. Companies like Sony and Panasonic will be pressured to develop better or more competitive alternatives.

The upcoming launch event from Canon can’t seem to come any sooner.

How Many Film Cameras and Lenses Is Too Many?

How to Photograph Flowing Water