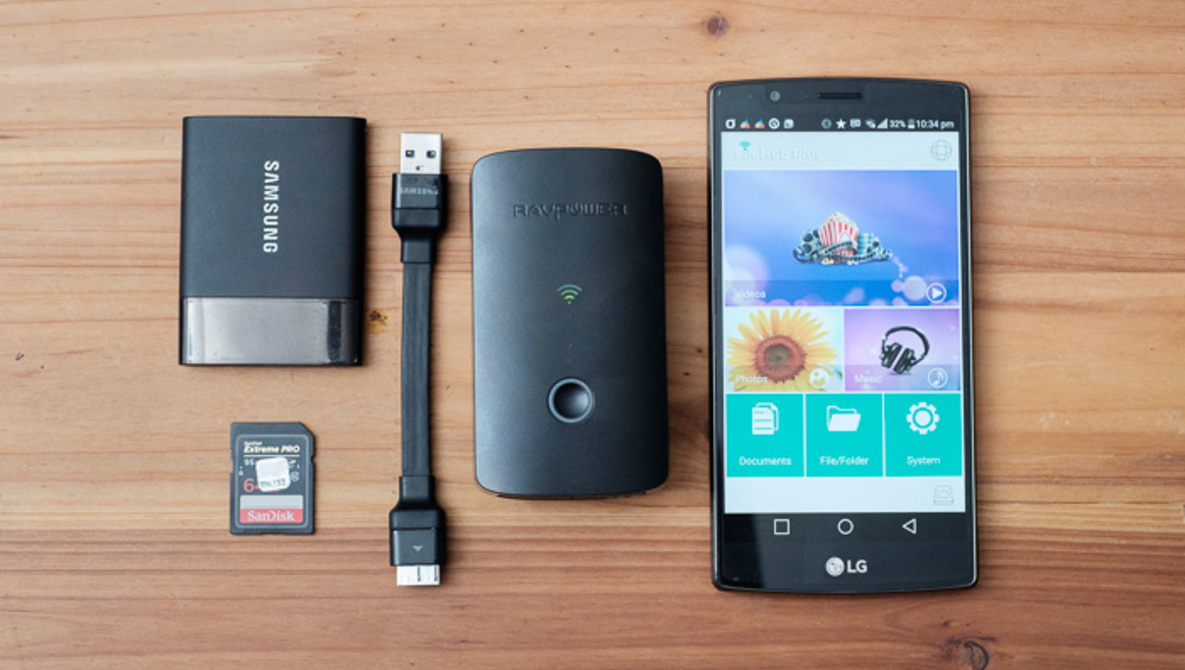 With some lengthy upcoming trips for personal work, I have been doing some research into ways to keep my photographs and video footage backed up in the field. One of these trips involves a three-week stint in remote villages. A particular concern on this trip is data loss; so, I have been working to create a backup system that is durable and can run without access to mains power. Today, I will share my solution with you.

For three weeks, I will be out of touch with the modern world. This means no mains power for charging electronics, no internet or phone reception, and a difficult time backing up data. Having lost data to corrupt memory cards a few times before, this is one of my basic requirements now. I considered my usual backup system when I am close to home. Could I take my laptop? Charging a laptop out in the wilderness would be possible using a solar panel, battery, or inverter system. However, this would be bulky and we are planning to be constantly on the move. My backup system would need to be smaller and less energy-hungry than a laptop-based system. Preferably, it would fit in a small waterproof case, as we would be traveling by river most of the time. So, I began looking for products that would allow me to back up without a laptop present.

The new WD My Passport Wireless was my first port of call when starting my research, as it seemed like the perfect unit with its built-in SD card reader (I will only be shooting to SD cards). However, it failed my durability criterion. As a spinning hard drive, I was worried about damaging it if something took a fall during the trip. Knowing that I probably won’t shoot more than about 500 GB of data during my three-week trip, I started looking at SSDs. To date, nothing like the My Passport Wireless exists with solid state storage. So, I would need to find a way to power and transfer to an SSD without a computer.

Initially, I started looking at transferring images from memory cards to my LG G Pad 8″ and then transferring back to an SSD connected to the tablet. However, this seemed like a convoluted solution to a simple problem. I continued my search and eventually stumbled on the RAVPower FileHub RP-WD03. It had everything I was looking for: an internal power source, SD card reader, and USB output. It seemed like this would be the missing link in my backup system. So, I ordered one and waited patiently for it to arrive.

All my specs were met with this unit. The internal 6,000 mAh battery can output 5 volts at 1 amp (USB 2.0 spec); so, it is able to power an SSD. The unit can act as a NAS and is accessible from a wireless device like a smartphone. This means that transfers can be done without a bulky, mains-dependent laptop. However, I knew that I would have to stress-test this unit to make sure it would hold up in the field. Could it power an SSD for long periods? Could it reliably transfer the large amounts of data we would be shooting?

First, I emptied my Samsung T1 500 GB SSD and got my last month’s worth of memory cards ready to go. I checked to ensure the firmware was up to date and downloaded the latest version of the FileHub app to my phone. After firing everything up, I was surprised to find that everything simply worked. The connection was seamless, and I was instantly given access to both the SD card and the SSD just like a standard NAS.

For the next six hours, I copied card after card to the SSD, relentlessly trying to drain the battery. 6000mAh was enough to power both the SD card and the SSD for just over 300 GB of transfers from seven memory cards. This was where I discovered my first potential issue, however. The seventh card was not completely copied when the battery ran out, and the file was truncated before it could be copied. Although this did not cause any corruption this time around, the file was incomplete and unreadable. The solution is to ensure the RAVPower unit is charged at all times. Several runs through this test have produced very similar times and volumes of transfer, suggesting that the unit is a reliable way to backup cards on the go.

In order to complete this kit, I have a waterproof Pelican 1020 to keep both the SSD and the FileHub in, plus an Anker PowerPort Solar Charger that has been able to fully charge the FileHub in approximately seven hours. Having two outputs, it is also able to charge my camera batteries during the day. The kit is small, relies only on sunlight, and has sufficient battery life to get me through a few days of transfers before needing a charge. Since I am only shooting SD cards, I am able to use the FileHub as the link between my memory card and my SSD. However, a potential issue arises for anyone who shoots to a different medium, such as CF cards. The output on the FileHub being only 1A means that there is not enough power to run a (non-powered) USB hub with a card reader and a hard drive attached at the same time.

What Could Use Improvement

This is a great solution for portable backup without mains power. With consistent charging via the solar panel and daily backups, it will give peace of mind for the three weeks I will spend off the grid. It would be great to hear other people’s solutions to similar problems and get a sharing of information going in the comments. It will be especially interesting to hear possibilities for backing up CF cards.