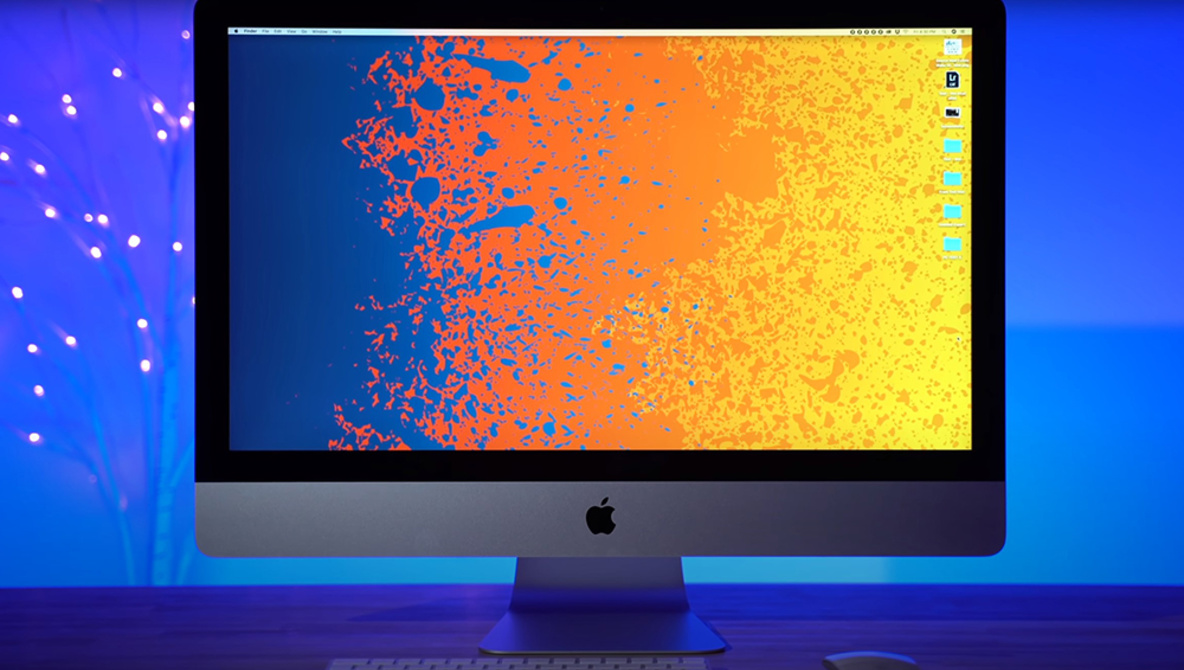 There’s always been a certain appeal to the space-gray iMac Pro over your run-of-the-mill iMac, and of course it went beyond the looks. The machine is a flat out beast, both in price and performance. But time goes on, and it’s finally happened: You can configure a standard mid-2020 27″ iMac that’s capable of outgunning the iMac and Mac Pro in video editing for less money.

YouTuber, Max Yuryev, takes a deep dive into one of the configurations of iMacs that starts at $2,299, but with a few upgrades can be turned into a much better machine. One of the most important tips that Yuryev shares is that’s it’s worth it to sacrifice other upgrades to get the maxed-out video card, in this case the Radeon Pro 5700 XT with 16GB of memory, though that said, for video editors all of the cards in the 2020 27″ iMac update include hardware encoding and decoding features that aren’t in last years model, resulting in faster performance for that specific use-case, especially when it comes to export times.

One especially useful tip is to forgo all of Apple’s memory upgrades. Even if it means your machine ships with a paltry 8GB of memory. It’s an easy thing to throw a little bit of extra memory in there for a lot less money by doing it yourself instead of adding it at the time of purchase.

For those editing on a network with a need for speed, there’s 10 gigabit ethernet now available as an option, something that’s also trickled down from the iMac Pro.

But perhaps the biggest news for photographers is that the 10th-generation chips may have better support for Canon EOS R5 footage, which has been difficult for older processors because it’s encoded in a way that doesn’t have hardware support on earlier generations. Between that and the power of the graphics chips, these could be the machines you are looking for to edit video.

That said, the smart play might be to hold off before buying a new iMac. With Apple announcing that its computers will all be moving to Apple Silicon in the near future, while older Macs had a long shelf life (I’m still running a loaded 2013 model), the design of the body itself is already a bit long in the tooth, and in a couple of years, the Intel chip inside won’t be seeing the same level of support from either Apple of software developers as it has in the past. Your $3,000 machine may have a much faster expiration date than your previous iMac.

Of course if you need a machine today, this video makes a strong argument for why a standard 27″ iMac may beat out its “Pro” older brothers, at least for video editors.

How Much Money Does a Top YouTube Photography Channel Make?