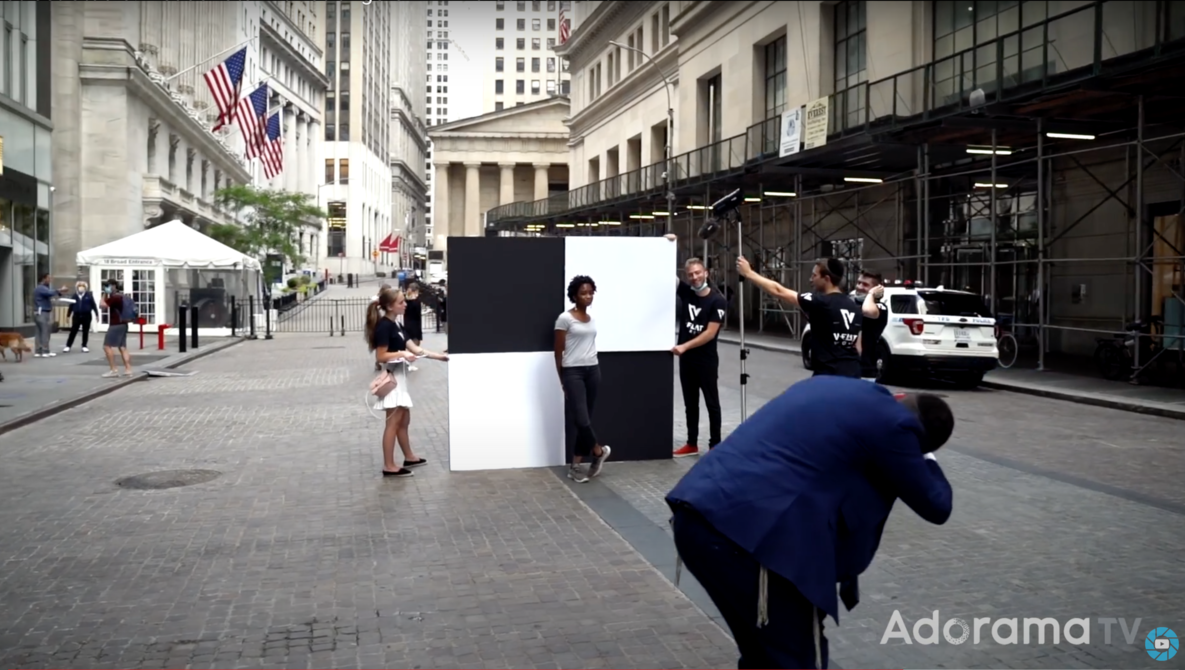 Armed with just a single portable V-Flat, and a Profoto strobe, see how New York based headshot photographer, Laibel Schwartz creates a photo studio in the streets of Manhattan, and captures magical headshots of strangers.

When you hold a camera in your hands as a portrait photographer, you have the power to change the way someone sees and feels about themselves. There is a tremendous power in that, and it has always been humbling to watch. Schwartz is a master at it. He shows us that you really can make magic anywhere.

In Adorma’s brand new series, Street Studio, they team up with the city’s most sought after photographers, and bring strangers together through the power of photography. In this first episode, Laibel, and the V-Flat team, race around the streets of New York City, and capture the essence of what makes New York City so special. The people. Every person is unique and beautiful in their own way, we just have to recognize that and bring it out in them.

After watching this video, it made me think back to why I picked up a camera in the first place. To empower people to be their most confident selves. No matter where you are in the world, your camera can be used to build a connection with someone that you’ve never met before. What’s your favorite portrait you’ve taken of a stranger?

If you were inspired by this video, and want to stay up to date on the Street Studio series, tune in every week to Adoramas YouTube Channel.

Improve Your Street Photography With These 10 Tips