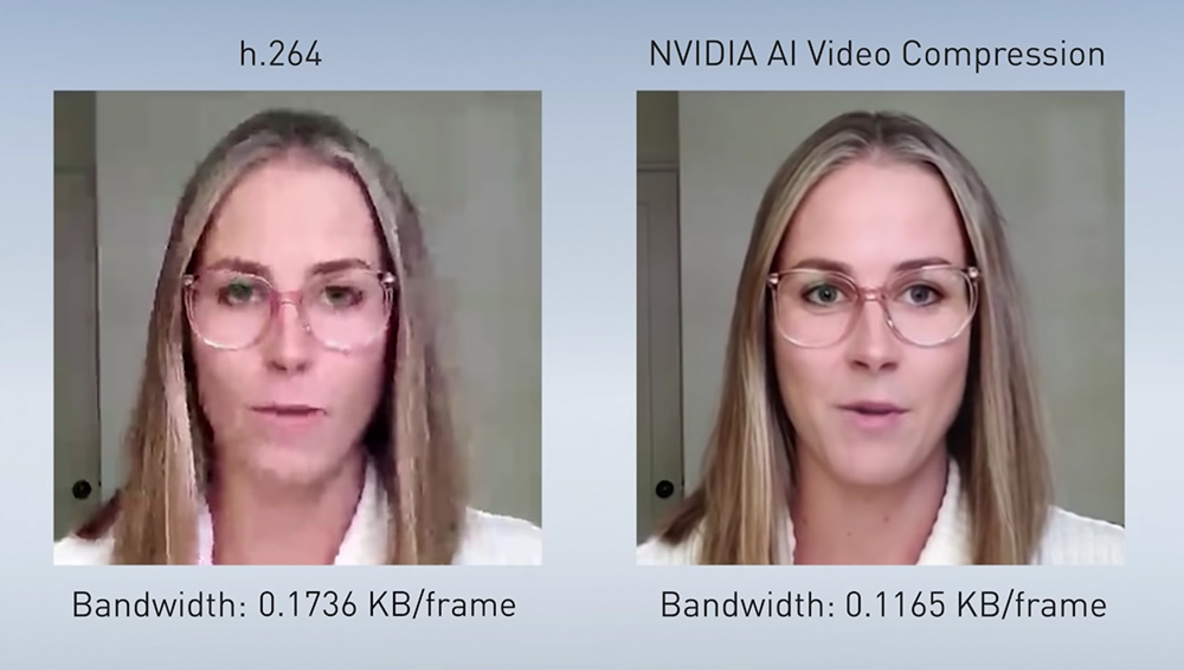 Due to the ongoing pandemic, many of us are making more video calls than ever. Unfortunately, depending on your location or the load on a video call company’s network, there is not always a lot of bandwidth available to produce a high-quality image. Nvidia is seeking to solve that issue with a clever technique.

The pandemic has forced me to teach all my classes online from home, and while that has generally worked pretty well, one thing I definitely wish I could change is the quality of my video calls. My internet bandwidth is fine, but Zoom limits bandwidth of calls, as I am sure their network is under more stress than ever given the current situation. For those in rural areas with poor connections, the problem is even worse.

Instead of asking for more bandwidth, Nvidia has created a new technique to improve quality with the connection that is already there. The algorithm, called AI video compression, works using neural networks. First, instead of sending video at the normal 10-30 frames per second, it sends a few frames at a much slower rate. Next, the system analyzes the movements of key areas on a face and sends the data on these movements to the receiver. From there, the receiver’s computer uses that data to fill in the frames in between and animate the user’s face in a way that matches their natural movement.

This creates video at normal frame rates but with much less data usage, allowing users to experience better video quality with the connections they already have. Nvidia estimates the bandwidth needed for equivalent-quality video to something like H.264 to be only about 10%.

Canon R6 Versus R5: Which is Better for Astrophotography at High ISO?