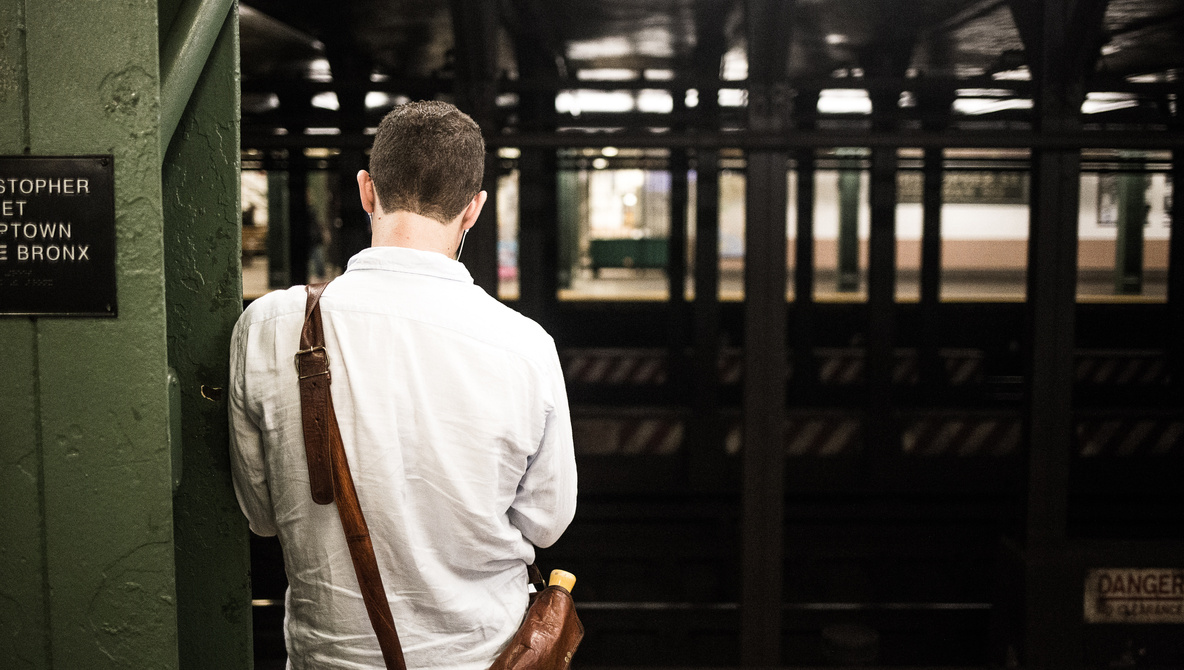 If you’re from New York, or really any major city, you’ve been party to people-watching and the more-often-than-not eavesdrop. I’m sure everyone has caught themselves looking over a stranger’s shoulder to get a glimpse at their book or magazine or even read their messages on a packed subway car.

Sometimes you’ll see a juicy text, the occasional Tinder or Bumble message, or experience secondhand panic and embarrassment after watching someone get an unexpected dick pic on a packed subway. NYC-based photographer Jeff Mermelstein is also one of those people. He’s taken his curiosity and devoted a majority of his street photography solely to shooting people in their 21st-century natural element: on their cell phones.

One person Mermelstein noticed typed out “She likes ruff sex.” While another was having some issues with his girlfriend and telling a friend.

What do you think of Mermelstein’s style of street photography? While I’m all about exploring new art forms, in my opinion, Mermelstein’s photos may be more of an invasion of privacy, rather than curiosity. Sound off in the comments below.

Taken Back in Time With ‘One Night in New York’