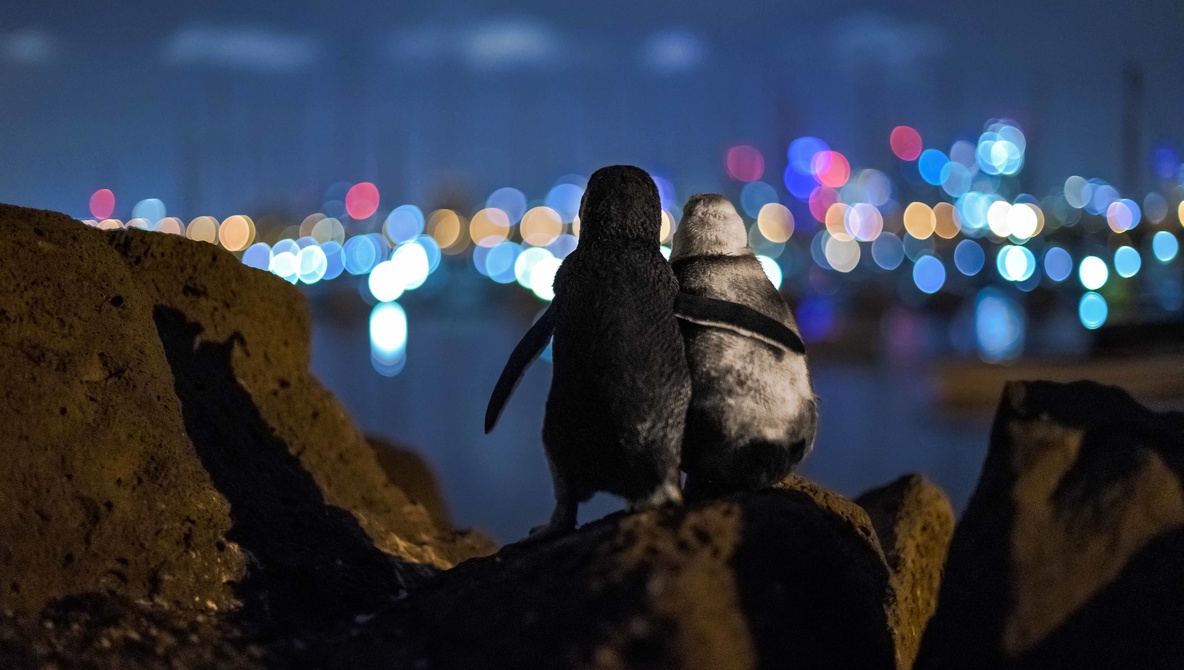 Photographer Catches Penguins Comforting Each Other as They Admire Skyline View

A photographer was fortunate enough to have his gear on hand when he spotted two penguins comforting each other as they looked out towards the skyline from St. Kilda pier in Melbourne, Australia.

Photographer Tobias Baumgaertner, from Germany, was on hand to capture the moment when he came across the animals stood side by side last year, with one putting its flipper around the other. Recalling the moment, he writes:

These two Fairy penguins poised upon a rock overlooking the Melbourne skyline were standing there for hours, flipper in flipper, watching the sparkling lights of the skyline and ocean. A volunteer approached me and told me that the white one was an elderly lady who had lost her partner and apparently so did the younger male to the left. Since then they meet regularly comforting each other and standing together for hours watching the dancing lights of the nearby city.

It was on Baumgaertner’s third consecutive night taking pictures of the penguin colony that he managed to get these shots. His biggest challenge was the lack of adequate lighting, opting out of using any of his own so as not to disturb them. He also describes their quick movements as they cleaned each other.

The way that these two lovebirds were caring for one another stood out from the entire colony. While all the other penguins were sleeping or running around, those two seemed to just stand there and enjoy every second they had together, holding each other in their flippers and talking about penguin stuff. 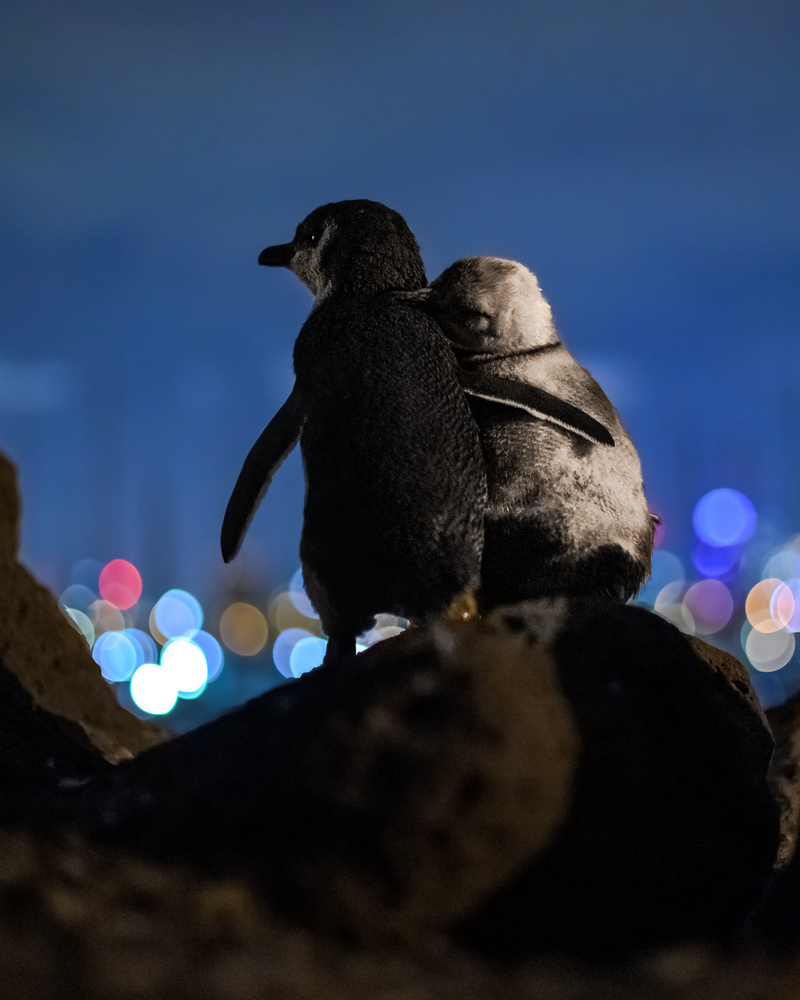 He shot these with a Nikon Z6 and a Nikkor 50mm f/1.4. See Baumgaertner’s work on his Instagram and Facebook pages. You can also order prints of these photos by getting in touch with Baumgaertner at tobiasvisuals@gmail.com.

All images courtesy Tobias Baumgaertner, and used with permission.

One Activity That Helped Me Improve the Most as a Beginner

Creative Waterdrop Photography You Can Try at Home