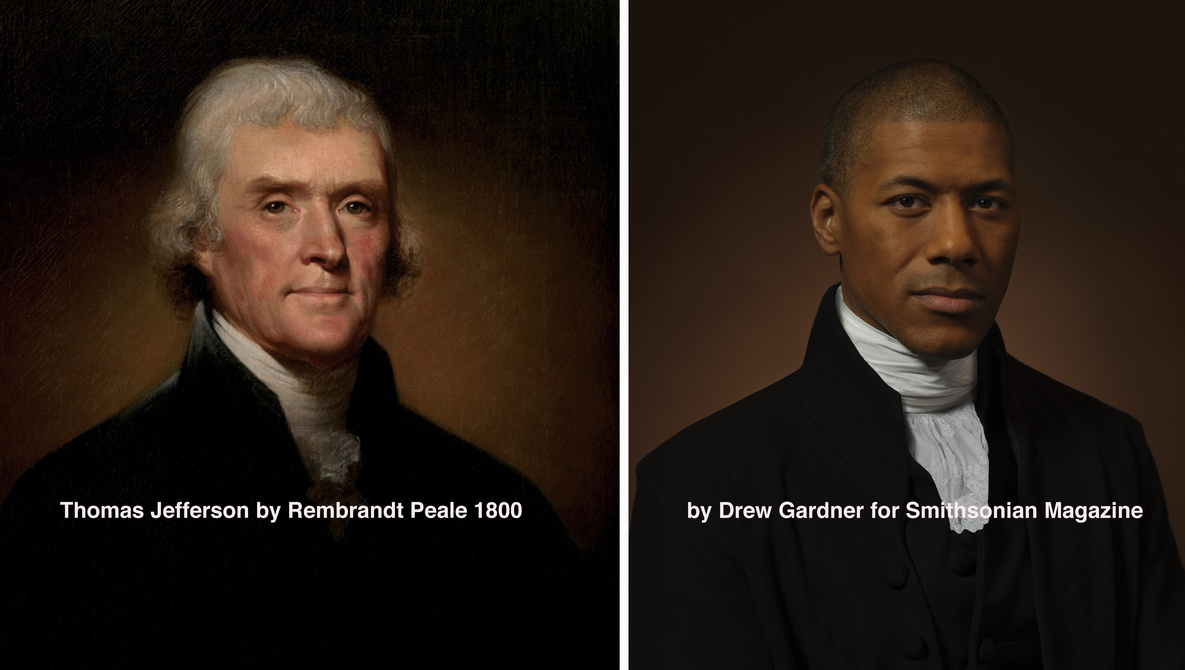 One photographer has been shooting portraits with the aim of recreating well-known portraits of some of history’s most prominent figures, but with an interesting perspective: his subjects are the descendants of said historical figures. For one portrait in particular, he located Thomas Jefferson’s sixth great-grandson,.

Drew Gardner is not only a photographer, but a history enthusiast who was commissioned by Smithsonian magazine for a project involving the recreation of renown portraits of famous figures from centuries past. The feat involves sourcing backdrops and props reminiscent of the era of the original photograph, with Gardner also trying to align the lighting style.

Gardner recruited Shannon LaNier, a TV reporter for CW39 in Houston, to re-enact the famous painted portrait of his sixth-great-grandfather Jefferson, by American painter Rembrandt Peale. To take the shot, Gardner used a Fujifilm GFX 50S and a Zeiss Otus 85mm f/1.4 lens.

Speaking to the same magazine about the portrait, LaNier said of Jefferson:

He was a brilliant man who preached equality, but he didn’t practice it. He owned people. And now I’m here because of it […] I didn’t want to become Jefferson.

He references his own descent from Jefferson and his slave Sally Hemings.

There’s a behind-the-scenes video if you’re intrigued to see how this portrait was set up. See more of Gardner’s work at his website.

All images used with permission of Drew Gardner.

Do You Need a Studio?

Is It Worth Photographing Popular or Classic Scenes?