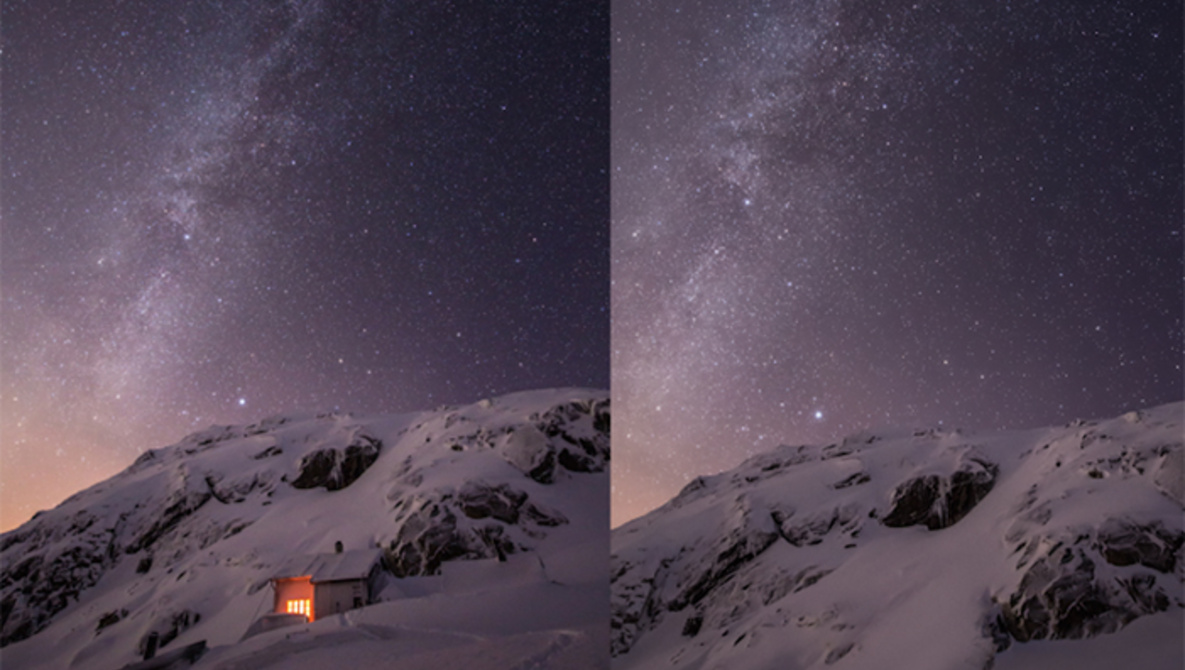 Imagine the surprise if your photo was being used on the new promotional images of the iPhone 6 as it was announced earlier this week. Photographer Espen Haagensen was in for the shock of a lifetime as the opening images of the new iPhone 6 were released and his Milky Way photo was used for the new product announcement.

I do quite a lot of starscapes and Milky Way shots but this was the first time I brought a decent wide angle and full size tripod to Demmevass,” he told 9to5Mac’s Michael Steeber. “There was a rather big moon so the Milky Way was faint, but around midnight there were some skies and the moon disappeared and I was able to capture a nice series.

Haagenson’s photo of the Milky Way has been added to the release of an iconic Apple product launch and will grace millions of customers hands come September 19th. Quite the kudos by Apple as the photo was first published on 500px where it originally gained popularity and eventually noticed by the company. The photo was taken while on a yearly excursion to the Norwegian Tekking Association where a group stays in the hut pictured in the original photo below, which was later removed by Apple. Apple contacted Espen for non-broadcast use and then upgraded the license to broadcast in July.

Obviously quite the honor for any photographer to have his worked attached to such an iconic company during a new product launch especially Apple. See the comparison photos below along with the promotional images of the iPhone 6/6 Plus as they were announced earlier this week.

Be sure to check out more of Espen’s landscape and nature photography here on his website.

Choosing the Right Tour Guide or Fixer for an International Project