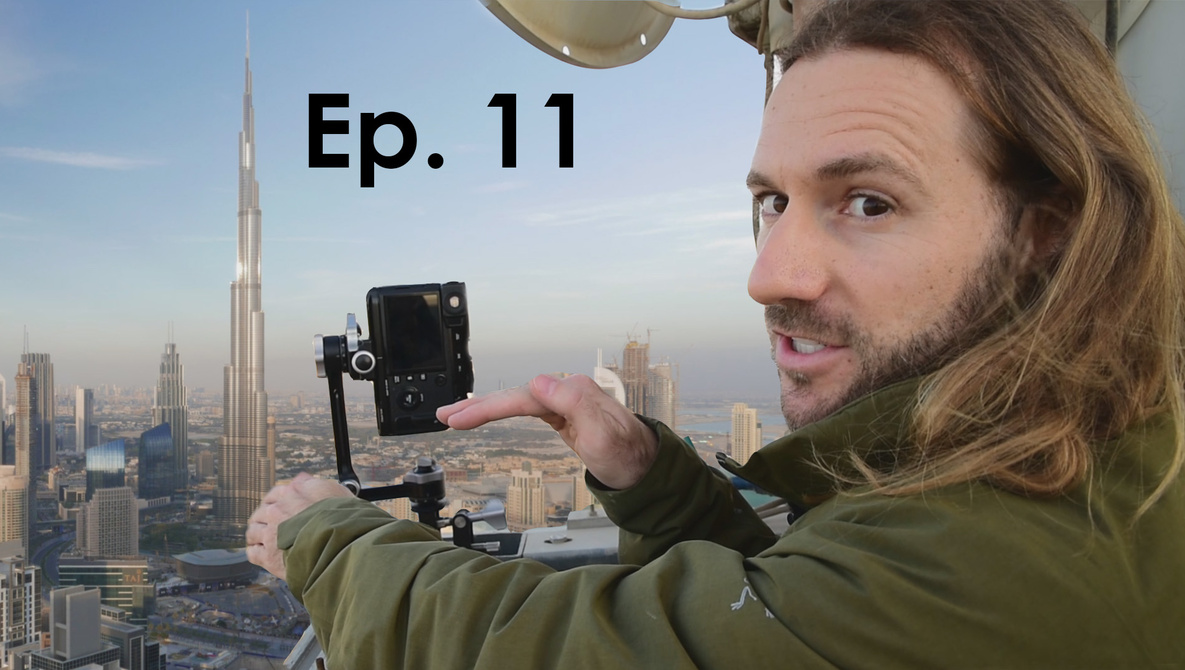 Photographing The Burj Khalifa in Dubai From Roof Tops

A few months ago we released the landscape photography tutorial Photographing The World 3 with Elia Locardi. Today, the behind the scenes series on the creation of that tutorial continues with Episode 11.

Normally, the shooting locations for these tutorials are public and wildly popular. In Dubai, things are a little bit different. Most of the best shots of the city are actually taken from the roofs of different skyscrapers. Some of them, like the Shangri-La hotel (which is in next week’s episode), is open to hotel guests, but others, like the one in today’s episode, are not. Luckily Elia’s friend Sebastian Tontsch, who lives in Dubai, knew someone who got us up to the top of this building.

Filming this lesson was quite tricky as both Elia and I had to balance on a small lip while we tried to film and photograph over the side of a wall. Elia ended up using a Really Right Stuff Multi-Clamp to secure his camera to the wall and Patrick and I filmed the entire lesson handheld. In the end, Elia came away with a killer pano shot of Dubai.

If you’re interested in landscape photography you may want to check out the full tutorial, “Photographing The World 3” in the Fstoppers Store. Subscribe to our YouTube channel to see next week’s episode when we get stuck in the desert attempting to shoot the stars.

Video of Rooftop Photography In Dubai

Fstoppers Review Of The Panasonic Lumix GH4: Is It Ready For Professional Use?

RocknRoller MultiCart: The Most Useful Tool In A Location Photographer’s Kit