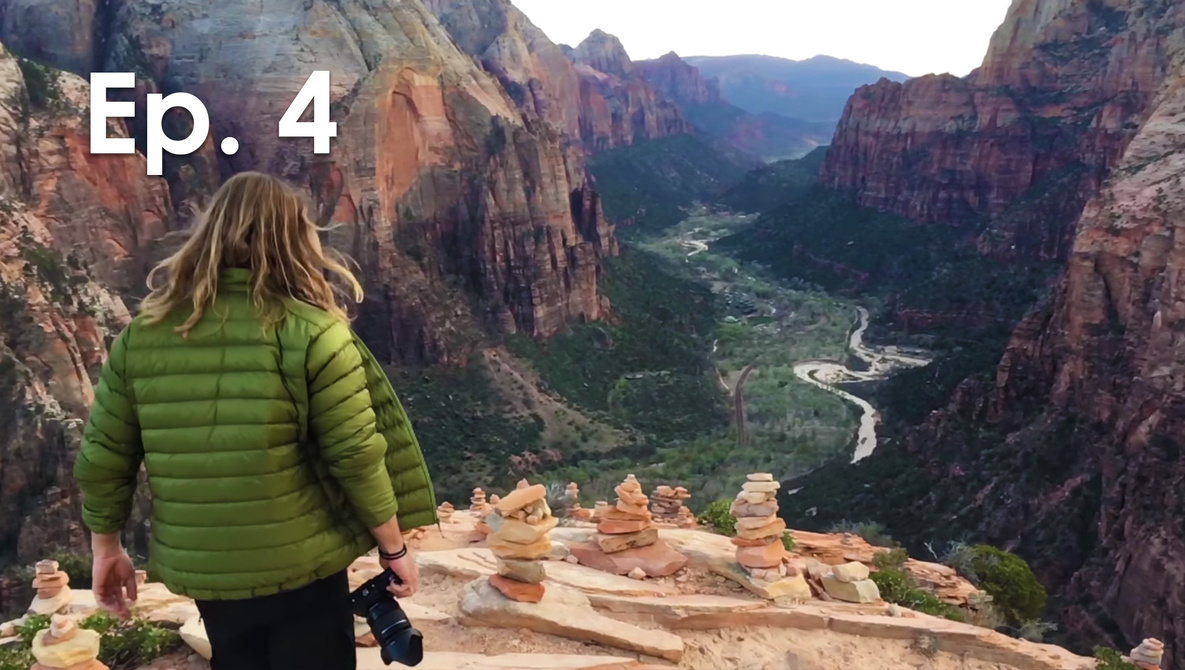 ‘Photographing The World 4’ Behind the Scenes Episode 4

In this episode of PTW 4 BTS, we knock out three different lessons with Elia, but the highlight of this episode and our entire trip out west is our hike up Angels Landing.

Episode 4 begins with us shooting Thor’s Hammer in Bryce Canyon National Park. Because Elia wanted to shoot at sunrise, we scouted the location the day before and then came back while it was still dark the next morning. Filming in the dark can be very difficult, but turning on lights can also be very disruptive to other photographers in the area, so we decided to film B-roll of the sun rising while Elia captured the shot. Then, once Elia had everything he needed, we filmed an interview with him about his process. 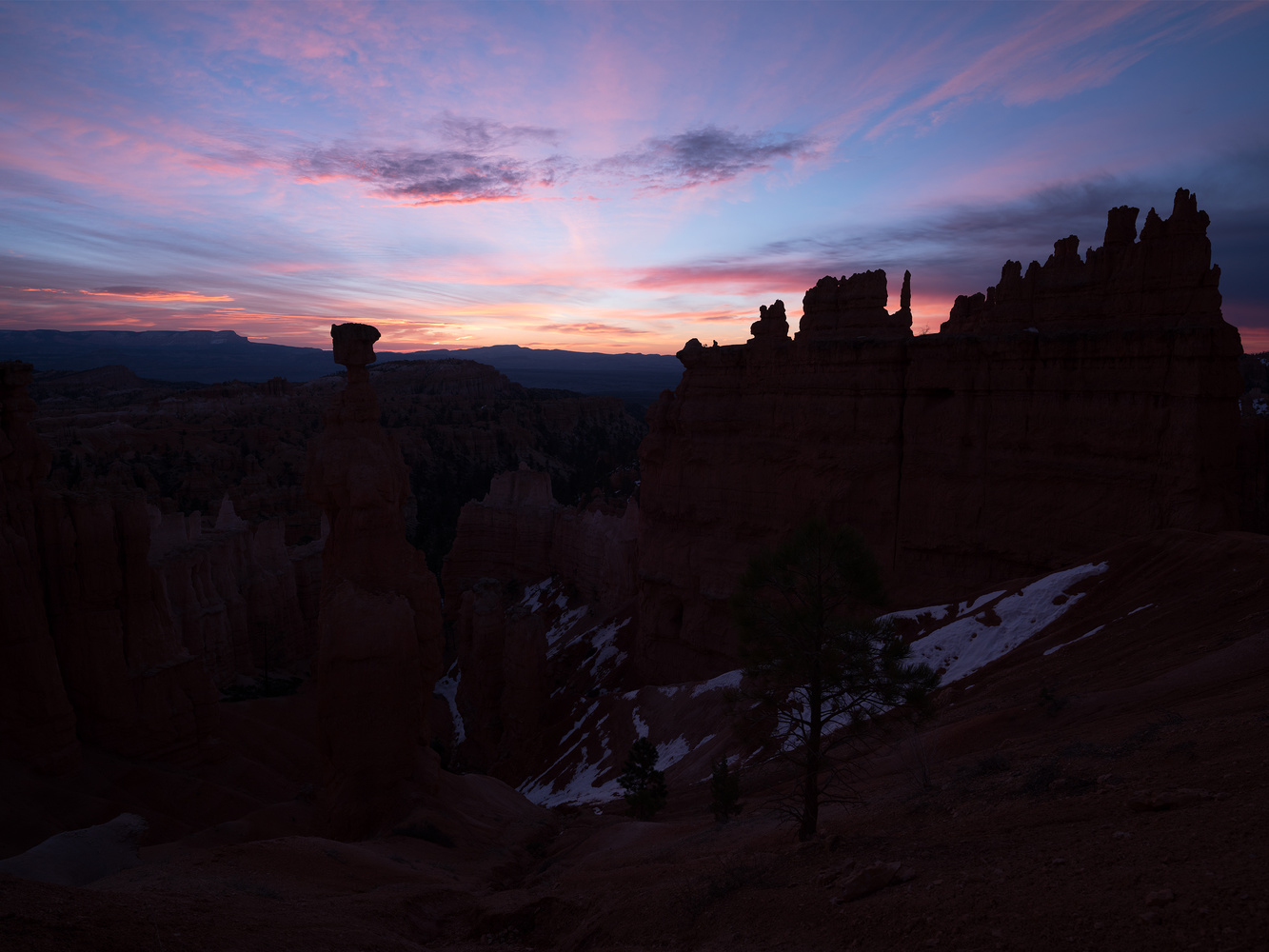 We then traveled to Zion National Park. We had hoped to film a few lessons in this park, but rain, hail, and sleet ended up ruining our plans. The first evening there, we only had a few hours to do one hike, and we decided on Angels Landing. Because it was a pretty strenuous hike (at least for us), we decided to leave most of our camera gear behind and simply enjoy the hike.

The hike began with large switchbacks for about 1.5 hours climbing the entire way. This was tiring, but anyone with decent cardio could pull it off. The second half became extremely narrow and dangerous. One wrong step could cause you to slip and fall off of a cliff. For safety, Zion has installed chains along the entire route. This part of the hike was too intense for many people, but I found it to be so much fun. It was certainly the most entertaining hike I had ever been on.

The view at the end of Angels Landing was probably my favorite view in “Photographing The World” history. I had no idea that we had canyons and mountains that looked like this in the USA. We hadn’t planned to film a lesson, but the view was so beautiful that Elia grabbed a few shots and we filmed a quick “bonus lesson” with our cell phones. 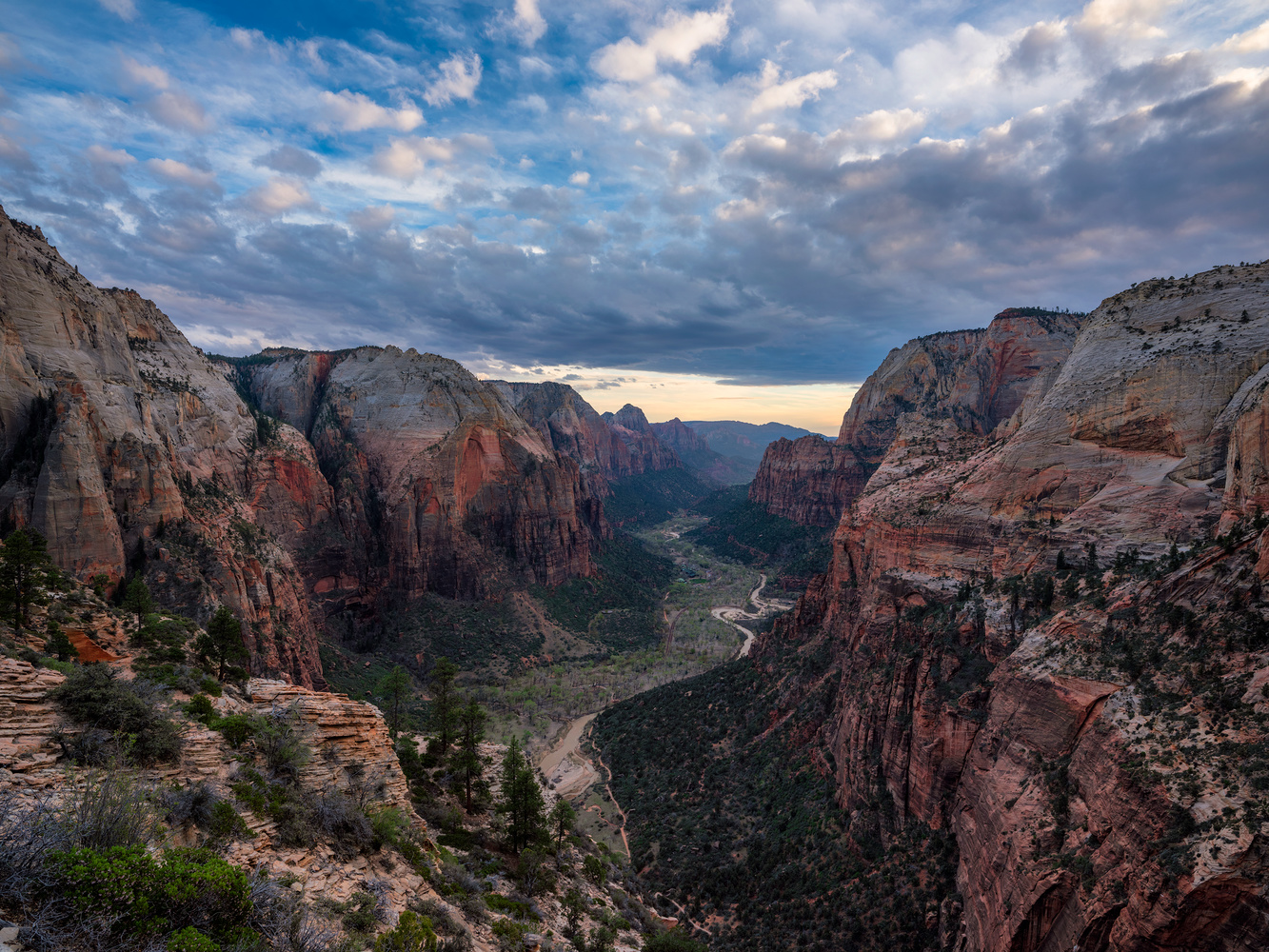 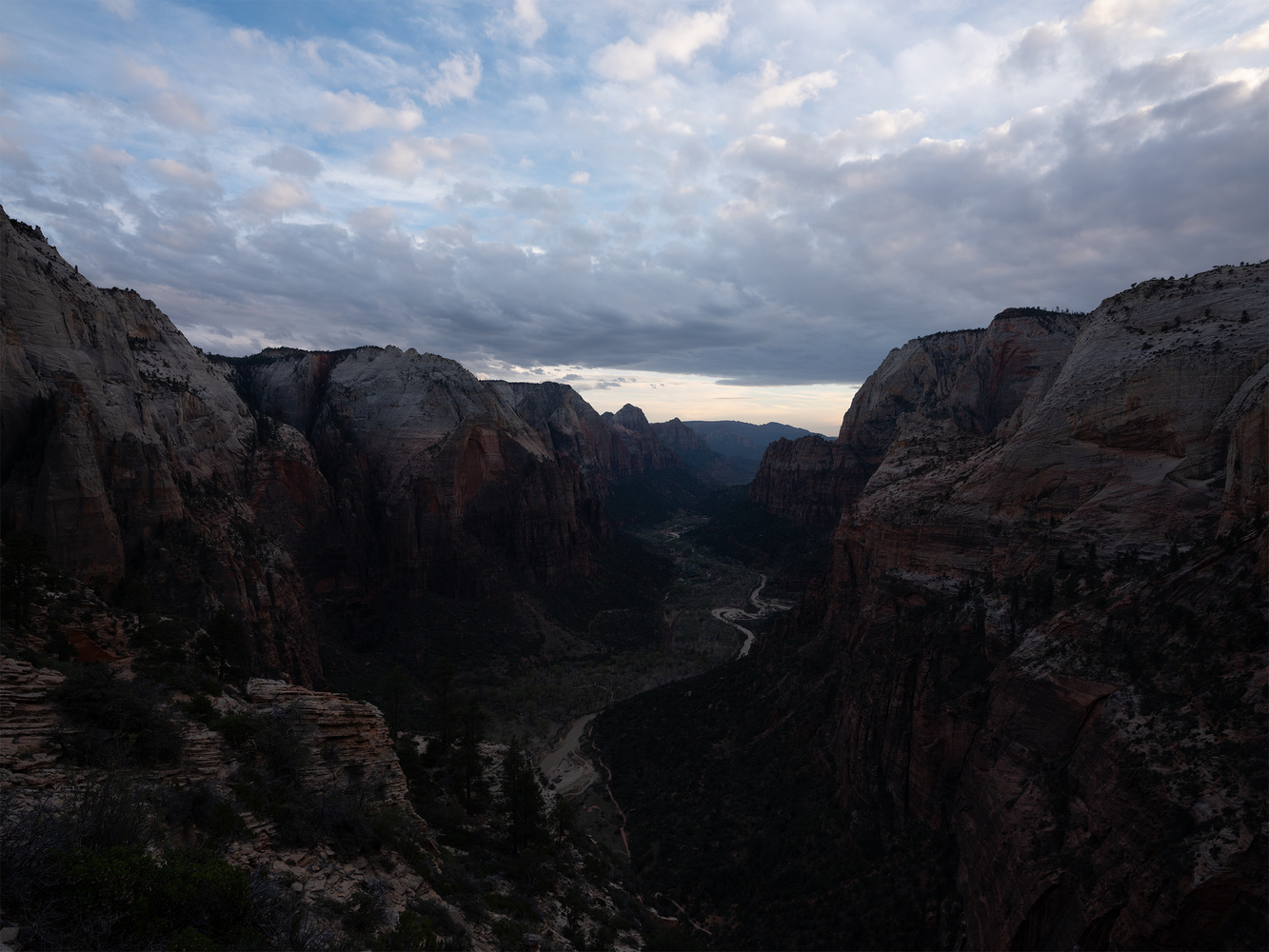 Our flight back home was out of Las Vegas, and we know an incredible real estate photographer in the area, Fraser Almeida. Fraser hooked got us into an amazing condo with a beautiful view of the city. We ended up filming one final lesson at dusk. 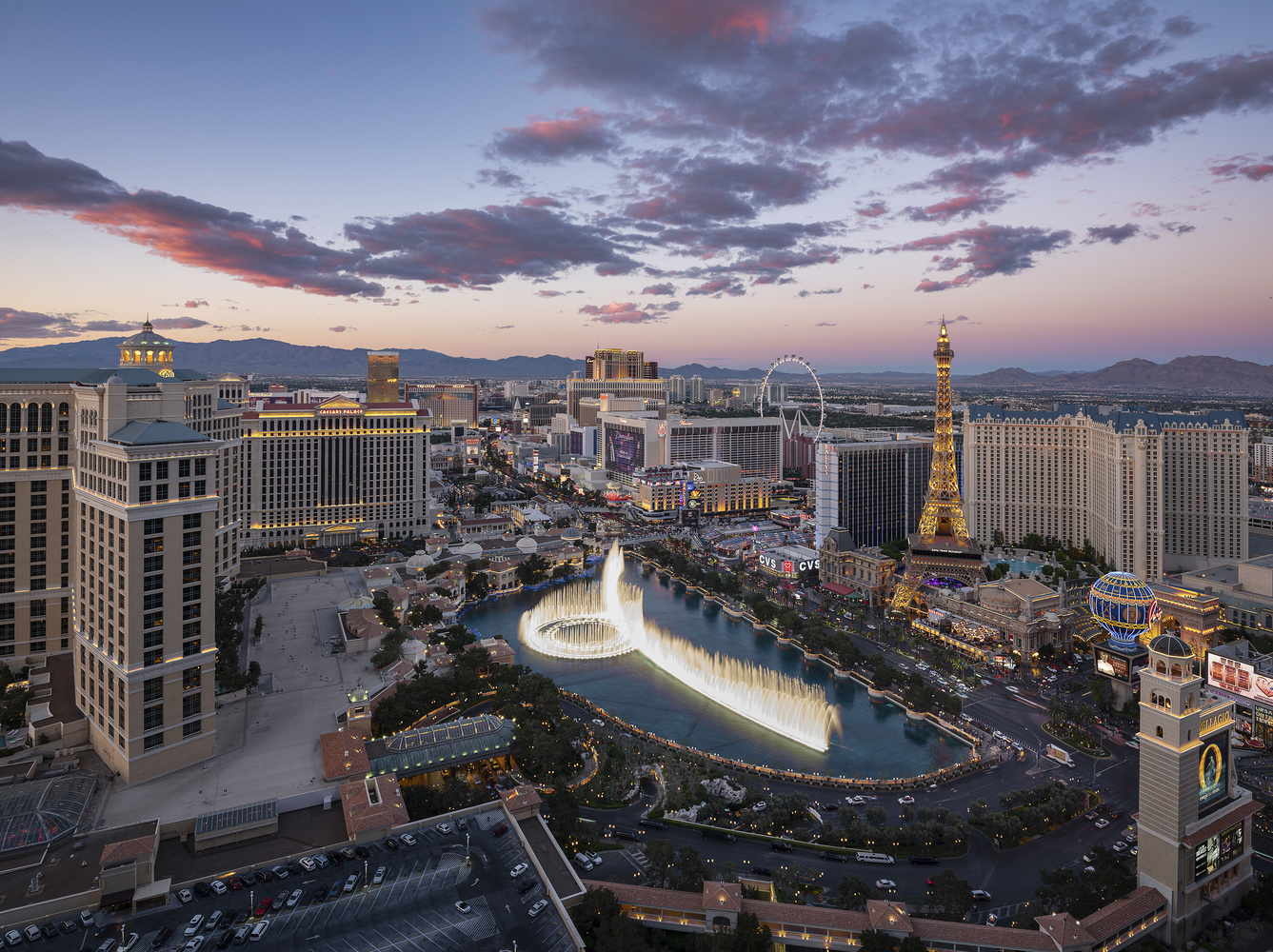 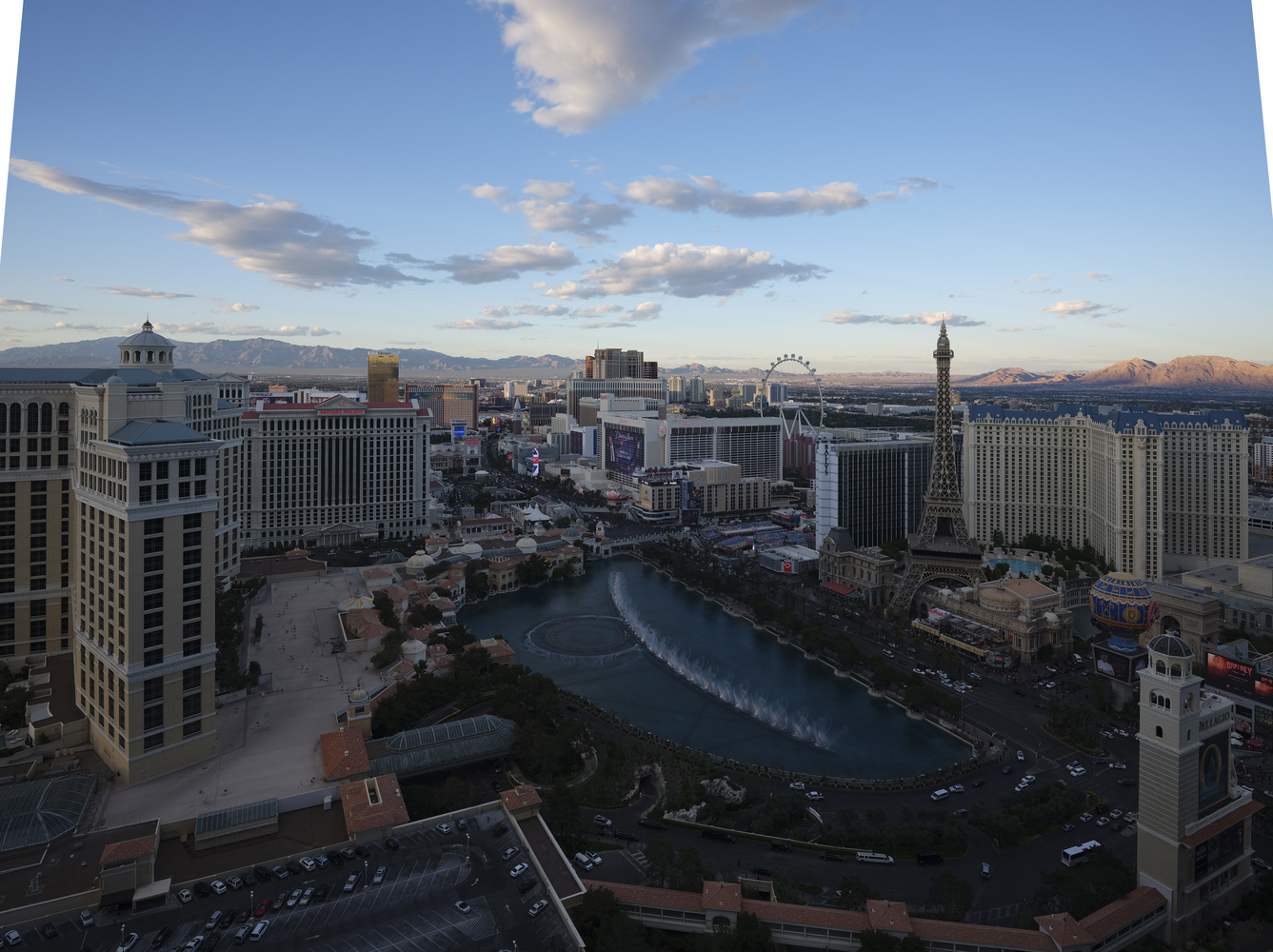 This was the final lesson from the US portion of “Photographing The World 4.” In the next episode, we all fly down to Patagonia to begin filming the second half. To learn more about the full tutorial and all of the other Fstoppers tutorials, head over to the Fstoppers Store.

Video of The Most Unique Hike In The USA… Angels Landing

The Fstoppers Guide to Traveling Light (Without Sacrifices)