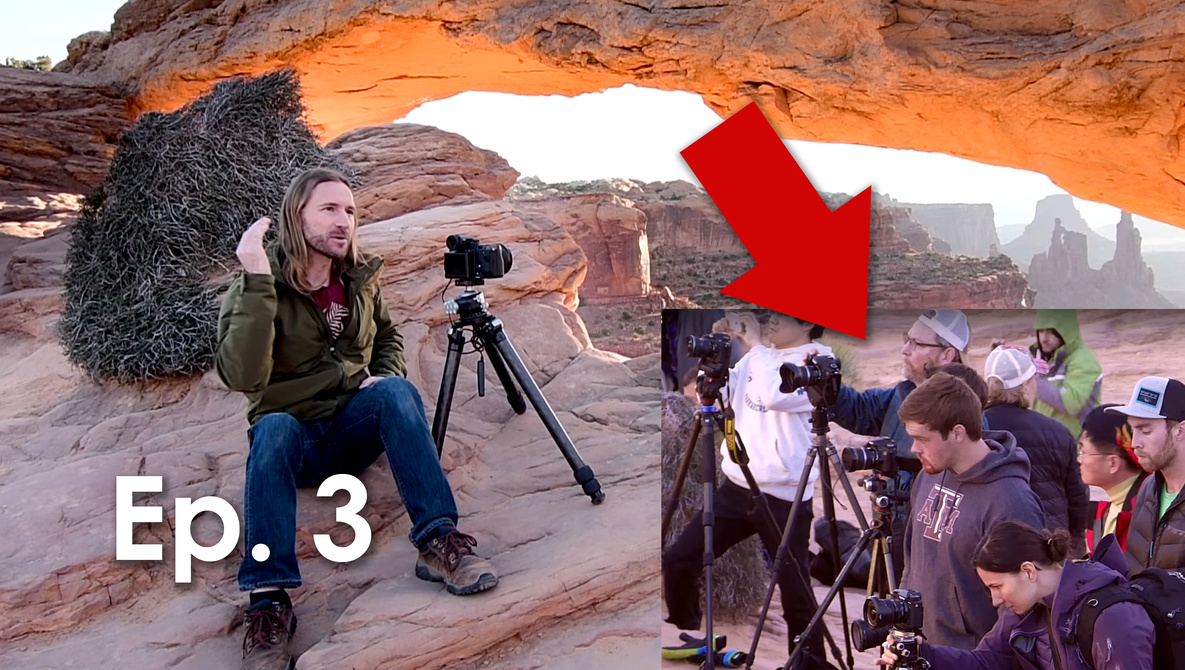 What happens when a location becomes overrun with photographers? You have to wake up at 3 am to stake out your spot.

This episode of “Photographing the World 4: Behind the Scenes” starts with our test of the FujiFilm X-T2 and the iPhone 7. Surprisingly, we preferred the gimbal footage out of our cellphone. Keep in mind that this is in bright lighting conditions. Obviously, almost every camera with a larger sensor will beat the iPhone when the light starts to dip. But once again, this is proof that you don’t need expensive gear to take great photos or video. We ended up filming a bunch of b-roll throughout this tutorial on our iPhones as well as all of these behind the scenes episodes.

The next location for this tutorial was Mesa Arch. This arch has become famous around the world for reflecting the light from the sunrise upward, illuminating the bottom of the arch. When I first saw pictures of this arch, I assumed that it was overly Photoshopped, but it’s actually a pretty incredible natural occurrence. As you can imagine, photographers flock to this arch every morning, and it can become quite crowded. Elia decided to arrive at the arch four hours before sunrise to guarantee that we would be able to choose a spot. In hindsight, we probably could have shown up one hour before sunrise and still have been the only ones out there, but because we had so much time, Patrick and I were able to capture some incredible time-lapses of the stars.

During the lighting event, Elia shot while we captured b-roll, and then once all of the photographers left, we actually filmed the lesson. Back in the studio, Elia did some simple edits to finish the shot. 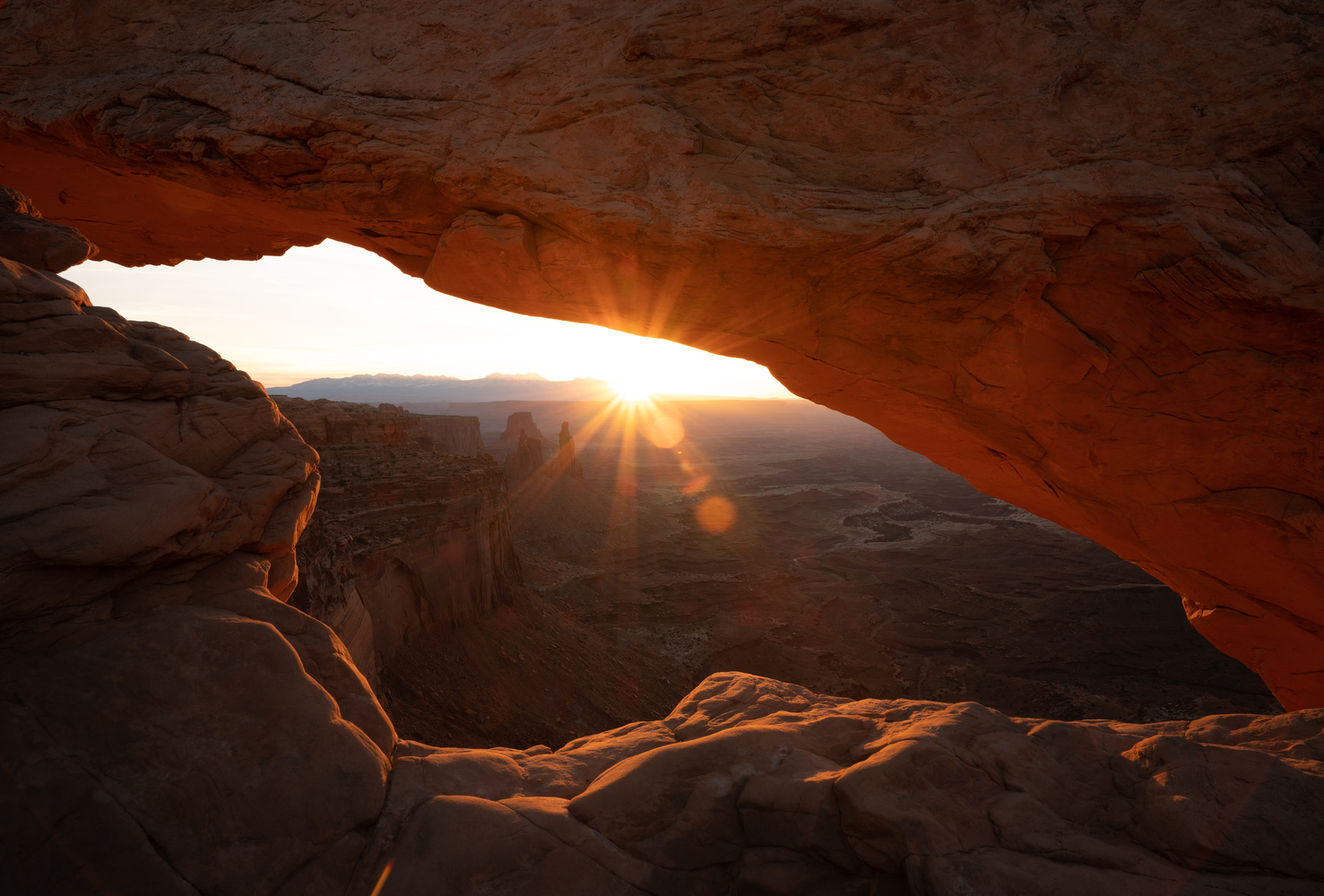 Our next lesson took place at Dead Horse Point. I still haven’t visited the Grand Canyon, so Dead Horse Point was the largest canyon that I’ve ever seen. Although there were other photographers there, we all had plenty of room to spread out. Elia ended up photographing a massive pano with the help of a Nodal Ninja with an index rotator. This final image, although pretty straightforward, is probably my favorite of the tutorial.

To learn more about “Photographing The World 4,” check out the Fstoppers Store and stay tuned for the next BTS episode coming next week.

Video of How we BEAT PHOTOGRAPHERS to MESA ARCH