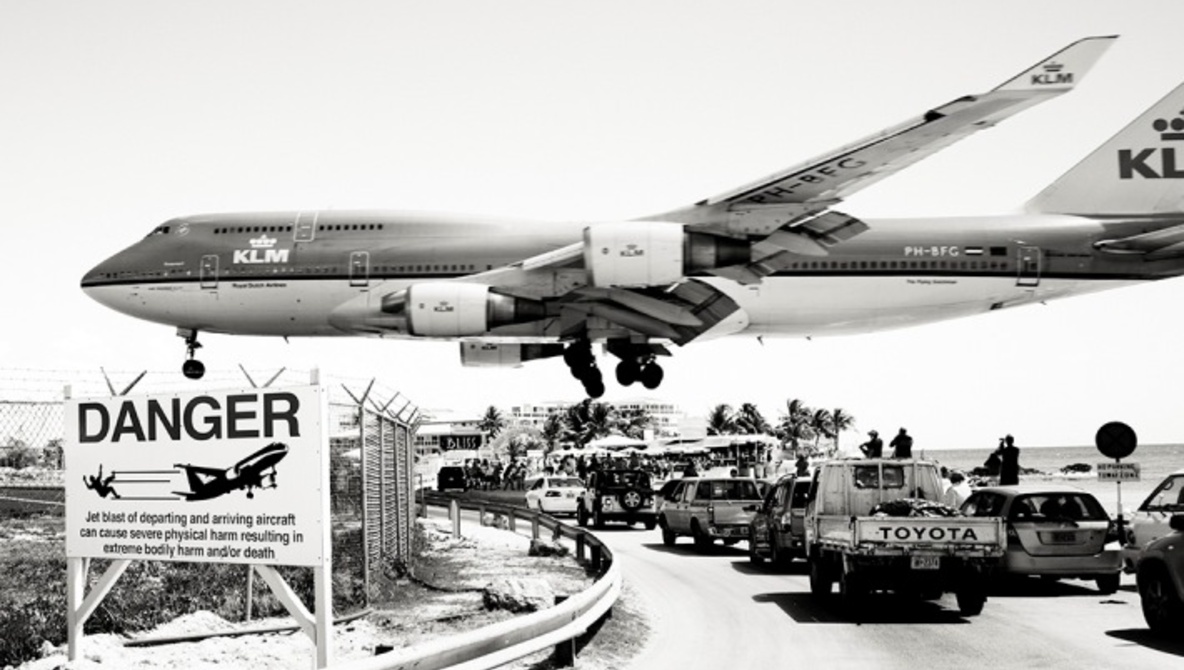 A day at the beach is normally a relaxing activity.  If you are familiar with Maho Beach, located on the Dutch side of the Caribbean island of St. Maarten, it isn’t as relaxing. Right next to the beach is a short runway of the Princess Juliana International Airport. Beach-goers swim and play while planes descend overhead. The air is also noted to smell of kerosene.

This interesting spot is not a secret and has been photographed before. What is beautiful and unique about this series is the amazing images shot on film by photographer Josef Hoflehner and his son Jakob Hoflehner. The two spent more than two months at this beach to create images for their book, Jet Airliner: The Complete Works. “It’s is an extraordinary place,” Josef Hoflehner said. “There simply isn’t anything like this airport anywhere on the planet. With all the heightened security we have today, one can not get that close to a plane anywhere else without buying a ticket.” 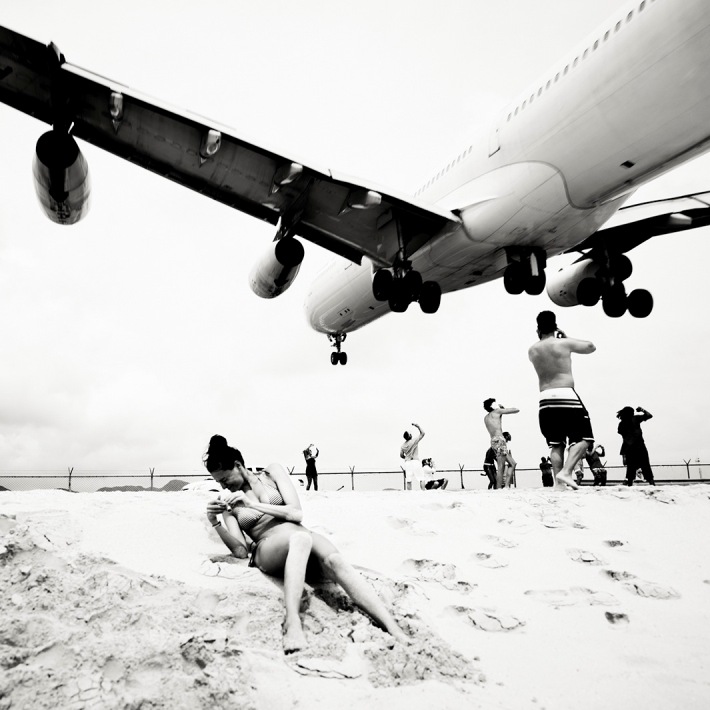 The Hoflehners shot this black and white series between four trips to the island between 2009 and 2011. They shot every day for about 3 weeks each visit. “On average, there were only five or six passengers jets coming in per day, and often there was an hour or more between the landings,” Josef said. “It’s not like we were relaxing on the beach like other beach-goers. We had the cameras in our hands, standing on the beach, since you never know when exactly the plane is arriving. When we’d go to the restroom or go get something to drink, then the plane, which was usually late, would suddenly come in.” 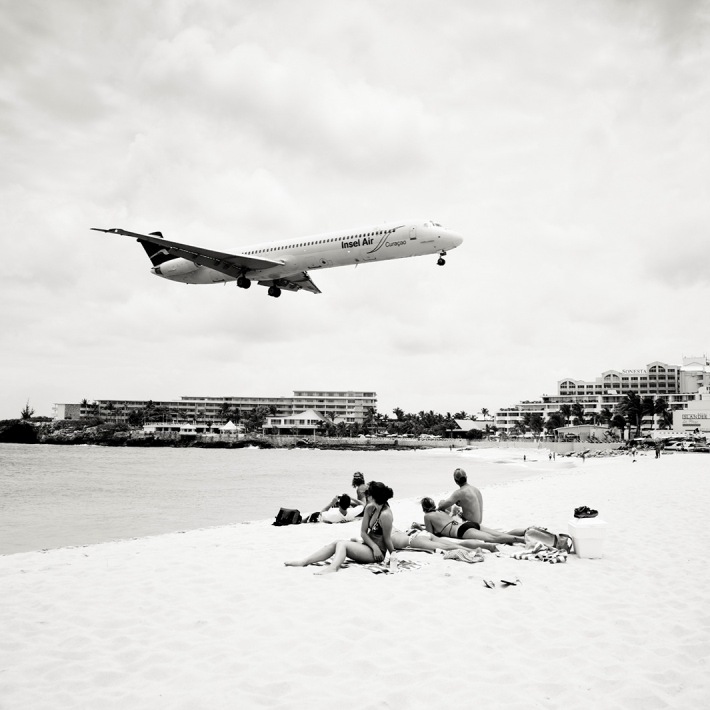 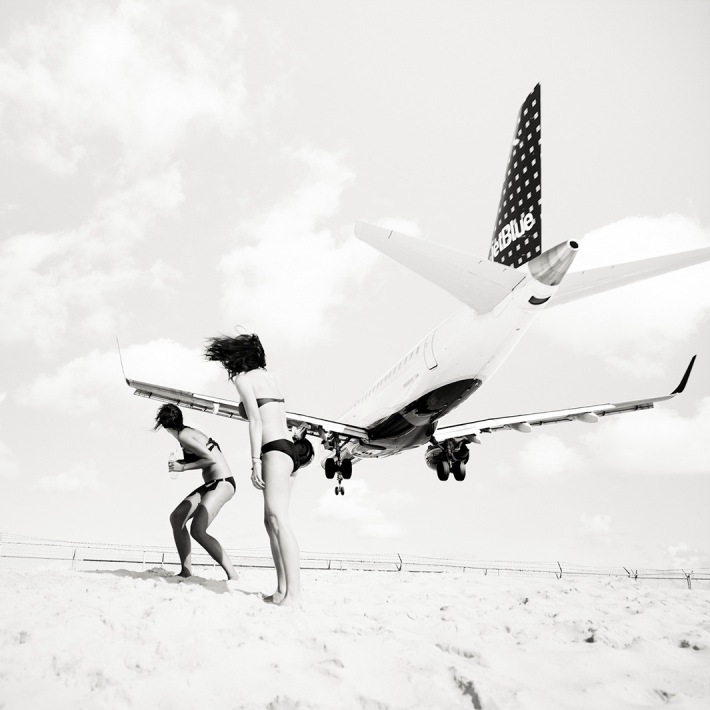 The series was shot on 6-by-6 Hasselblad SWC cameras, which meant they only had time to shoot one image per landing. “It’s pretty difficult since most people on the beach are in constant movement and you have to walk or run with them if you want them in the image,” he said. “And then there’s still the plane that’s coming in at over 100 miles per hour and you never know how low or high it will be, or if it will be slightly off the right or left. You only have a split second to take the shot or the plane is gone.” 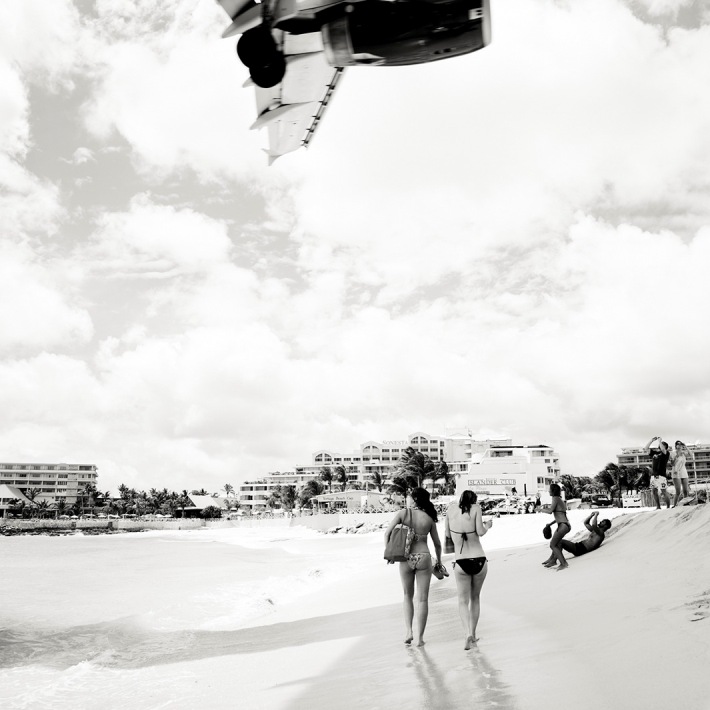 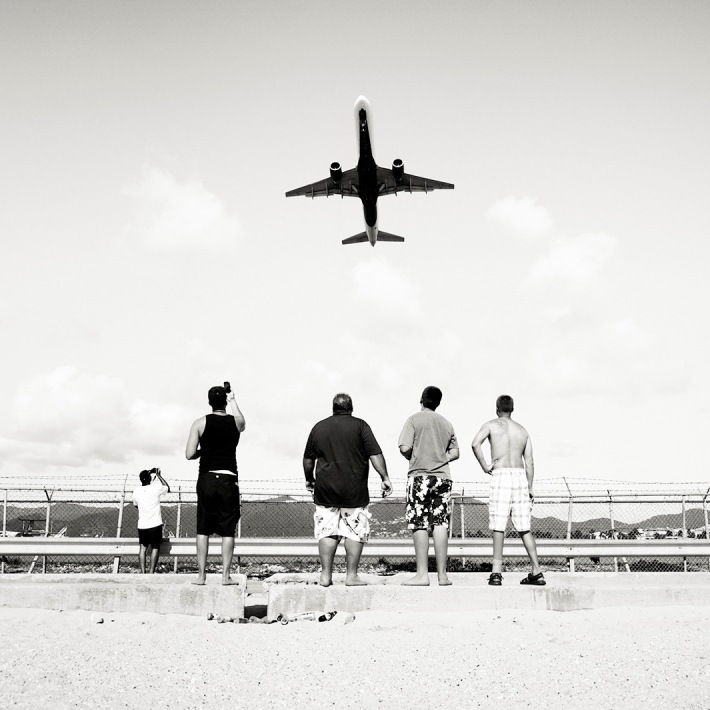 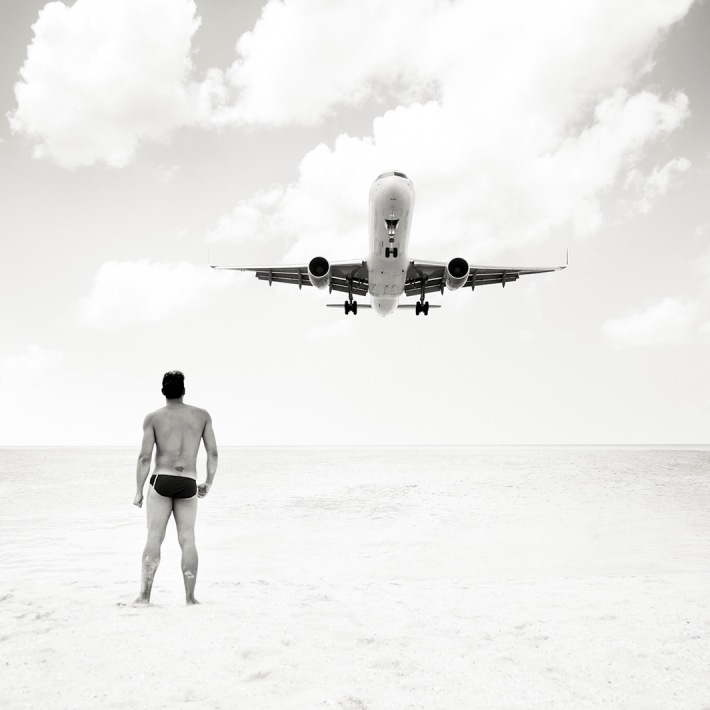 There were no models used in this photo-shoot, none of the photographs in the series are staged. The Hoflehners took advantage of beach-goers normal reactions to the planes coming in and  posing for photos with their friends. “Most people didn’t even realize we were photographing them, since most other photographers at that time solely focused on the plane itself and didn’t use wide angle cameras. They used zoom, which is funny because the plane is so huge and it’s only a few meters away,” he said. 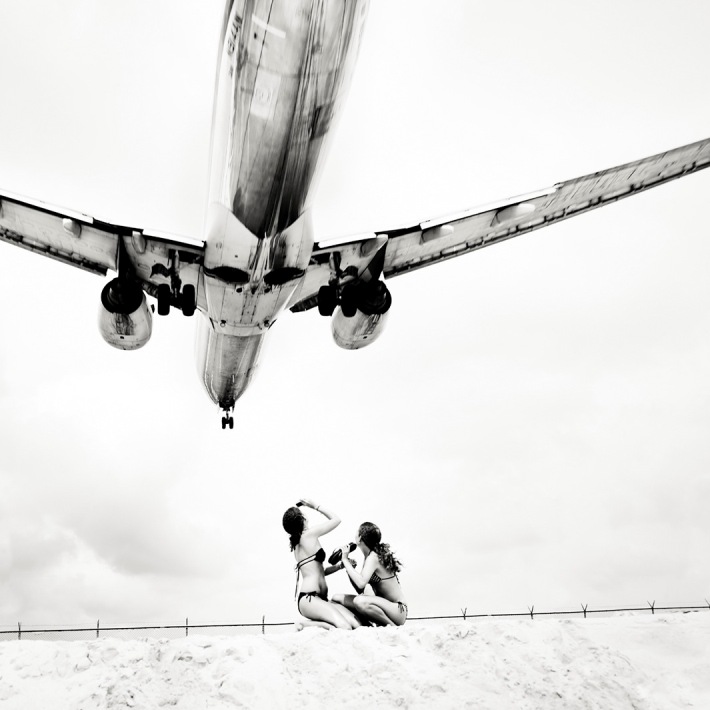 Behind The Scenes Of An Epic Backcountry Ice Climbing Photo Shoot