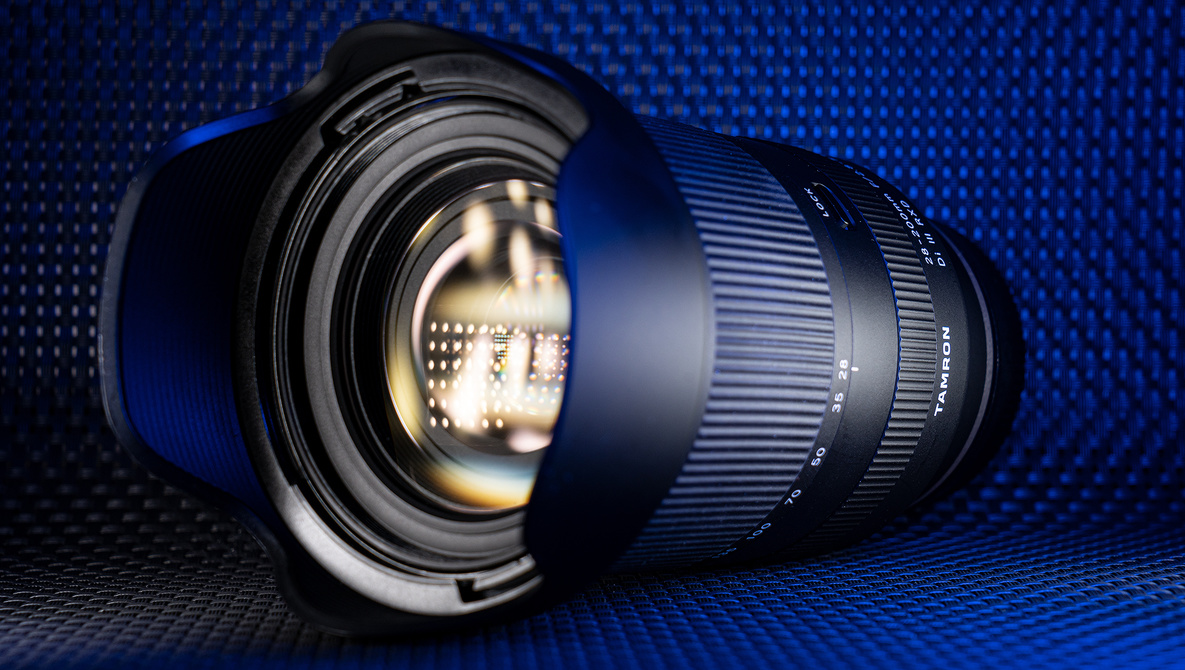 Does this new glass from Tamron live up to the expectations?

If you’re someone who has been using Tamron for a while now, you would have expected them to eventually release an all-in-one lens for the Sony mirrorless system that they’ve been almost exclusively focused on for the past couple of years. Tamron may be the brand that has produced the most variants of walk-around lenses for digital cameras in general. They’ve had two versions of the 18-200mm, an 18-270mm, a 16-300mm, a 28-300mm, and even an 18-400mm, all of which were made for DSLR cameras and had maximum aperture ranges most commonly at f/3.5 to f/5.6 or f/6.3. By the numbers alone, this lens is first of its kind to have a maximum aperture of f/2.8 at its widest focal length of 28mm and it does offer a bit of value.

When I first heard of the release of this new lens, my expectations weren’t generally that high. Tamron is well experienced in producing lenses like this one and since it would be their first for the Sony full frame system, I assumed it would be a typical zoom lens with a budget friendly price tag. To compare, the Tamron 18-200mm VC for APS-C DSLR cameras only sells for $199 and the Tamron 18-400mm, given that extended range, is fairly priced at $649. Those lenses are both bang-for-the-buck deals but their most convincing selling point was always their range. When I found out that this lens with a range of 28-200mm was going to be sold for $729, I must admit I had to adjust my expectations a bit. It was a given that it is partly due to the fact that a maximum aperture of f/2.8 should cost a bit more but with such a price point, (though still very affordable for a Sony full frame lens) there must be something more to it.

The Tamron 28-200mm f/2.8-5.6 Di III RXD sports the standard modern Tamron lens aesthetic with a matte black finish and a silver ring adjacent to the mount. It weighs just 575 grams with a length of just 4.6 inches. It’s a bit bulkier than the typical all-in-one lens but is still much more compact than the already portable Tamron 70-180mm for Sony full frame that was released just a few weeks prior. An interesting point that has been raised quite often was that for photographers who don’t need f/2.8 across the range, it might be a more practical alternative than the recently released telephoto lens. At that point, the only important factor to consider would be image quality. If this lens proves to be as sharp as the 70-180mm, many photographers, specifically those who shoot outdoors for travel and landscape photography would definitely be torn between the two lenses.

This lens comes with a filter diameter of 67mm which has been the standard for the Tamron zoom lenses for Sony full frame cameras. There are 7 rounded aperture blades that produce a 14-point light burst at f/32 and is made up of 18 glass elements in 14 groups.

I was quite surprised that the lens was able to focus this close to something this small.

All-in-one lenses historically were all about their extended focal range. They are called all-in-one lenses for the fact that they cover the two most common ranges for zoom lenses which are 24-70mm (standard zoom) and 70-200mm (standard telephoto zoom). Having both ranges in a single lens offers a lot more versatility in fast paced shooting. Most of the all-in-one lenses that I have personally tested would be at about 7 out of 10 when it comes to sharpness (save for a few exceptions) and would vary in sharpness across its range.

Sharpness comparison between 28mm and 200mm

The Tamron 28-200mm f/2.8-5.6 Di III RXD offers quite a remarkable image quality and seems to have similar performance as the 70-180mm. I also noticed that the sharpness was mostly consistent throughout the range. While many lenses are often sharpest at an opening of f/11, this particular copy performed best at f/8 and anything beyond that was about 80-90% as sharp.

Shot a hand-held panorama in burst. All frames were in focus even if shot with very fast panning movement

This lens focuses pretty well in well-lit situations but can occasionally miss focus in busy frames with very fine details. I personally compared this lens with the Sony-Zeiss FE 24-70mm f/4 and noted similar speed in daylight but a bit less accuracy in heavily detailed distant subjects. The Tamron 28-200mm does have a bit of difficulty in low light situations especially when focusing at very distant subject and that’s nothing unexpected of this kind of lens.

Focusing can get confused between layers of very detailed frames

Overall, this lens performs way better that what I expected. I’ve tried most of the variety of all-in-one lenses that Tamron has produced for DSLR and this lens gave a very familiar feel but gave much better image quality. I can safely say that this is Tamron’s sharpest all-in-one lens to date. As a landscape and travel photographer this lens can help me trim down the amount of gear that I carry on long trips.

What Can Be Improved:

Dream Job or Too Good to Be True? Wealthy Family Looking for Tag-Along Lifestyle Vacation Photographer

Five Budget Travel Tips to Save on Long-Term Landscape Photography