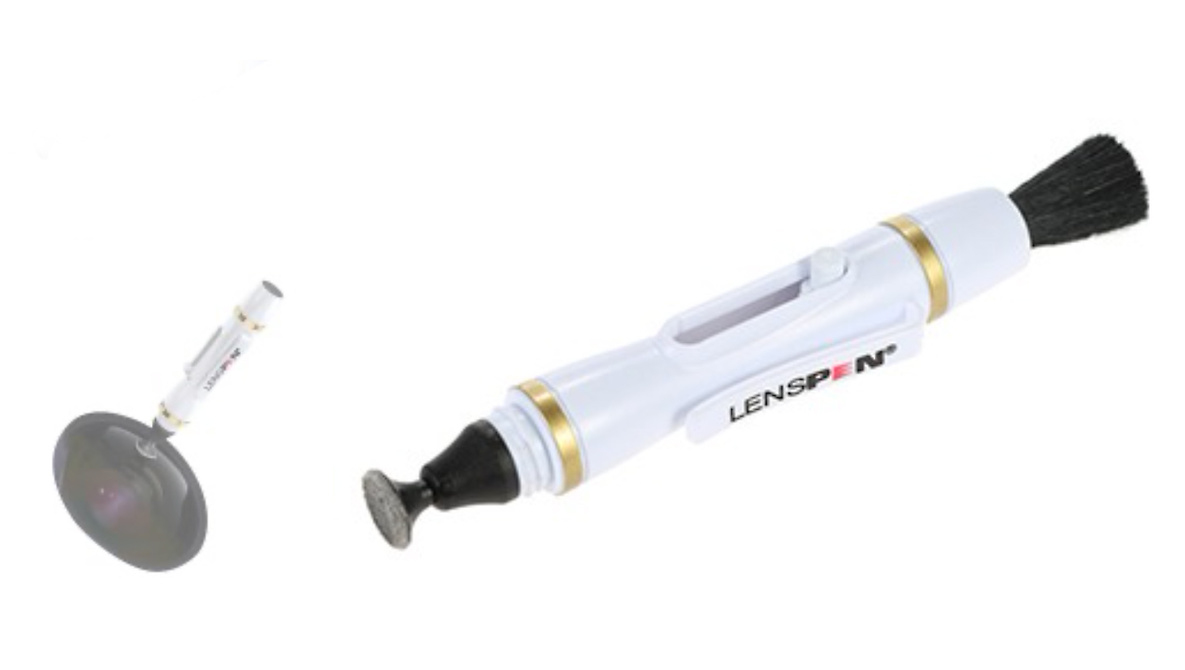 Review: The LensPen Original Is Still a Great Way to Clean your Lenses

The LensPen has been around a long time, and you’ve seen it under a variety of brand names that act as OEMs for the original product. I had never used one, but often read about it. I was sent the original model (the NLP-1) for testing.

The LensPen is designed for just that, cleaning a lens. The company also has some similar products targeted at other types of gear cleaning, like filters and even drone cameras. The LensPen is about the size of a magic marker. It has a clip so it can stay in your pocket like a normal pen, but I’ve kept mine in my camera bag accessory pouch.

It’s simple enough to use. There is a sliding tab that will expose a soft brush.

At the other end, there is a piece of plastic that unscrews and reveals the lens pen itself. There are no liquids involved in cleaning, but the business end of the lens pen uses a form of carbon that can remove fingerprints and smudges on the lens.

Carbon is a great cleaner, which is why people used to clean windows with old newspapers. It was the carbon newsprint that did the magic. Of course, paper can scratch fine optics, so the LensPen uses a rubber tip. That tip is refilled with the carbon cleaner when the cap is back on. LensPen says the device will clean about 500 lenses, then it’s time to replace it.

I pulled out my Tamron 28-75mm zoom. With some light on it, it was a mess. It’s not a lens I mistreat, but shooting here in Arizona, there’s no end to dust when I’m outside.

Using the brush, almost all the dust was removed. I was afraid the dust would simply be pushed around, but it actually was removed, unlike my normal cleanings with a lens cloth.

There were a few small smudges on the lens as well, and they were quickly dispatched with the LensPen cleaner. You go over the spots with a circular motion until the smudge simply disappears. One thing I noticed during my cleaning with the brush was that new dust would occasionally drop on the lens. It didn’t appear to be what I removed, just dust particles floating around my kitchen where I did the testing. I removed those particles too and quickly capped the lens.

I was surprised how much dust and how many smudges my lenses were accumulating outside. I would always give them a quick glance, and they looked clean, but under directed lighting, it was obvious how much dust and other stuff is out there. I purposely put part of a fingerprint on the lens to see how the LensPen did, and it removed it quickly and completely.

I’m convinced and now understand why the LensPen is popular with photographers. At under $10, it’s worth keeping with you. Even indoor photographers have no idea how much dust there is inside. The LensPen can tame it. I’m not giving up my dust blower, though. I think it’s best to start by blowing the lens free of most of the dust first, then use the LensPen brush, followed by the cleaning tip if needed. The LensPen I tested really is just for lenses; other models are better with filters. I did find that the model I tested worked very well on telescope eyepieces.

You can purchase your LensPen here.

Making It as a Commercial Photographer: Fstoppers Interviews Jabari Jacobs

How to Make People Comfortable in Portraits