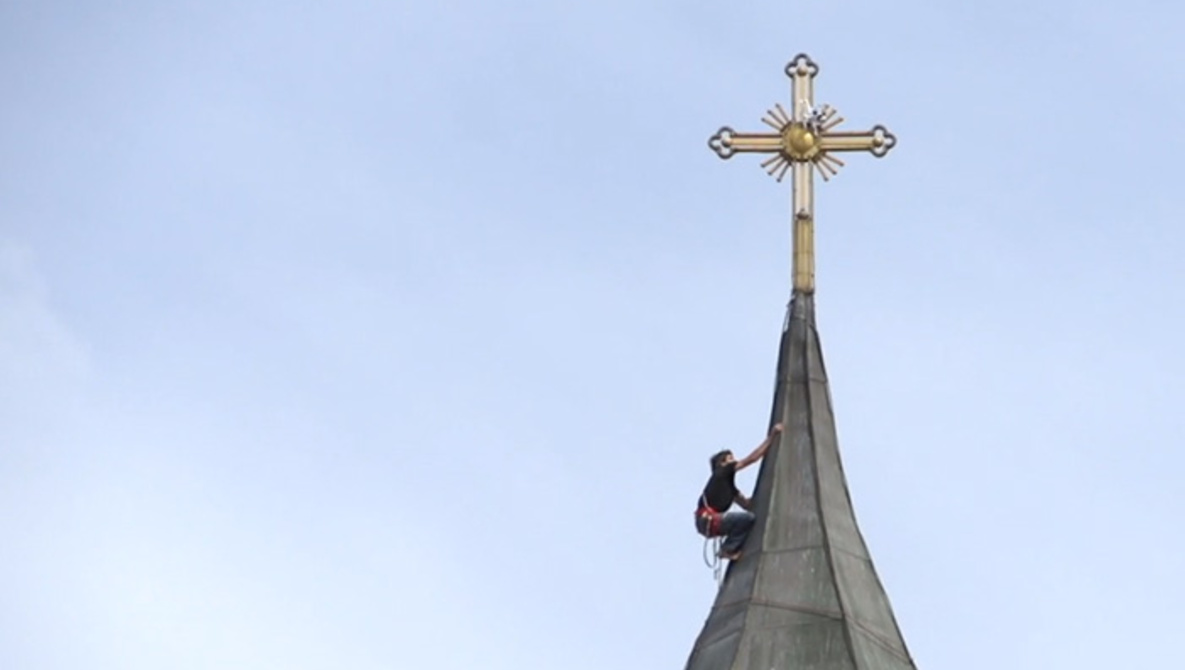 While in Macedonia shooting video and stills for the company Petzl, photographer Keith Ladzinski was capturing aerial footage in the village of Prilep with a DJI Phantom II. The unexpected happened and the quadcopter got stuck on a church steeple in the middle of a shot. How they got the Phantom back was even more of a spectacle. Check out the first few minutes of this video to see footage of both the crash and the climb to get it back.

Come for the drone crash, but stay for the well shot and edited bouldering footage that makes up the rest of the video.

Keith told me in a brief conversation:

The Macedonian people in Prilep were incredibly cool about the entire incident, laughed about it and let us in the tower where Dani climbed out from and into the roof.

Glad to hear that everyone in the area was OK with what happened. So many times we get stories about people flying drones in the US and someone has a problem with it. Some of you might remember this article where the FAA wanted to issue a $10,000 fine for flying a drone. If you’re flying a drone, be careful out there! Or, maybe just bring a professional rock climber with you 😉

Photographing the World’s Most Dangerous Church